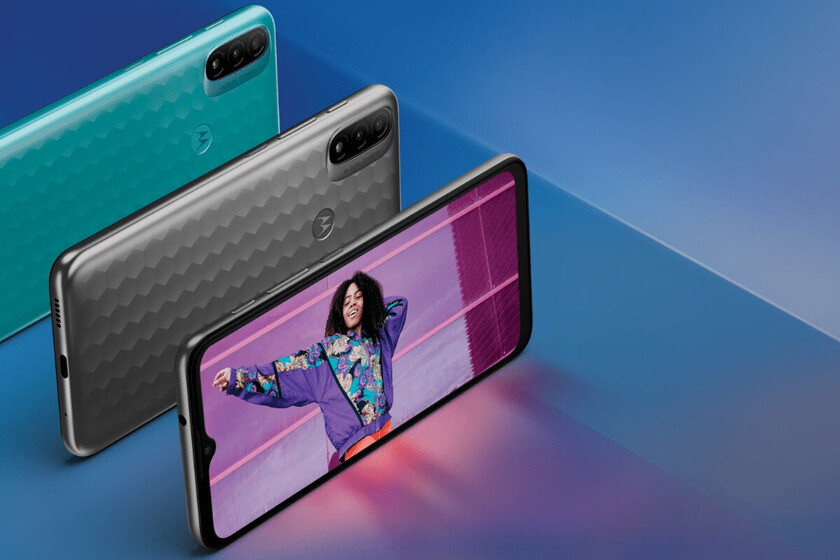 The Motorola E series corresponds to its most modest entry-level mobiles, where the new Moto E20. It is a new simple mobile with Android Go and a curious design with hexagonal patterns.

The Moto E20 is one of the most modest mobiles in the house, with Android Go on board, a Unisoc processor, a 6.5-inch LCD screen and a 13-megapixel dual camera. One of its positive points is that, to be basic, it has a fingerprint reader.

Motorola has once again made a numbering jump that makes it difficult to know if this Moto E20 is an evolution of a previous model. The truth is that the latest Moto E like the Moto E 2020 are a step above in specifications. If we talk about mobiles Motorola with Android Go, we would have to go back to the Moto E5 Play of 2018.

With Android Go on board, it is clear that the Moto E20 is a simple mobile, starting with its Unisoc T606 processor (eight cores up to 1.6 GHz), with 2 GB of RAM and 32 GB of storage. They are figures that are not bad for an Android Go mobile.

READ:  How to create your own wallpaper for Android and iPhone

The screen of the Moto E20 has a diagonal of 6.5 inches, being an LCD panel with HD + resolution and the 60Hz refresh rate of a lifetime. In its upper part it has a small notch where the front camera is located, 5 megapixels.

Behind, the Moto E20 has a modern design, with a hexagonal pattern and two colors among which is a striking blue. Also located here is the main chamber, which is a dual trigger with 13 megapixel main sensor and a 2 megapixel sensor for portrait mode.

The Moto E20 battery has a capacity of 4,000 mAh, with 10W load. The terminal has a minijack, a physical button to invoke the Google Assistant and incorporates the fingerprint reader on the back, camouflaged in the brand’s logo.

Versions and prices of the Moto E20

At the moment, the Moto E20 is official in Brazil, although it is expected to reach other countries in Latin America, Europe and the Middle East. It is available in a single RAM and storage combination and in blue and gray. Its official price is 999 Brazilian reais, which is 161 euros to change current.