Bullfrag
Home Entertainment most do not go beyond three seasons and could become a problem... 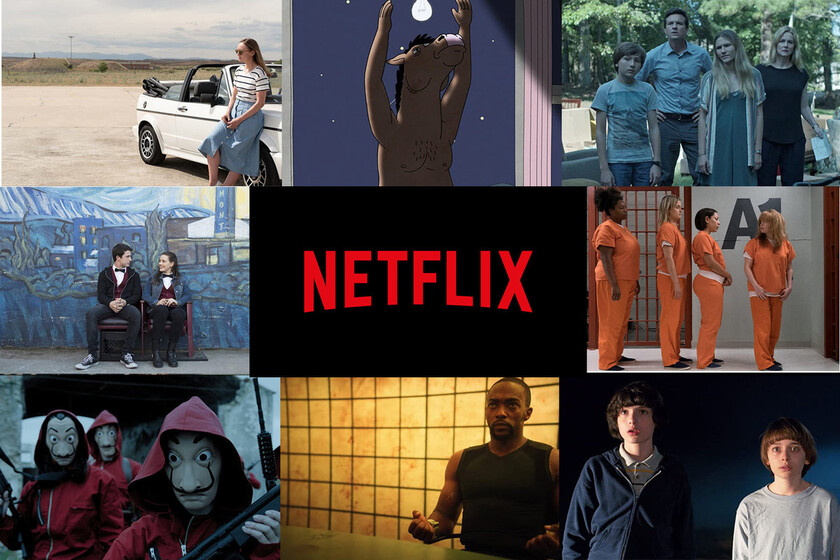 Netflix you have a problem with your series that is doomed to explode sooner rather than later: their life expectancy is very low. Much has been said about the curse of the third season, as more and more series on the platform do not go beyond there.

Index hide
1 All Netflix series that have released at least 4 seasons
2 The particular cases
3 What does this mean?

All Netflix series that have released at least 4 seasons

Just 20 and the vast majority already completed. In fact, 9 of those 14 have come to an end in 2020 and another three in 2021. And another important detail: none of them has exceeded the barrier of 100 episodes when, to quote one of the most popular series in the era of streaming, ‘Friends’ went until 236.

Putting ourselves strictly, it is true that we find 15 other animated productions designed for the smallest of the house that have reached their fourth season, but also that all of them with the exception of ‘Word Party’ they have also come to an end.

To these we must add co-productions with chains from other countries, where we only find two more cases: ‘Degrassi: Next Class’ (4 seasons and canceled by Netflix in 2019) and ‘The worst witch’ (Season 4 premiered in October 2020 and its future is unknown)

It is true that there are other Netflix series that have already issued three seasons and finished, but there are not many either: ‘Stranger Things’, ‘Ozark’ (another that will come to an end with its fourth season), ‘A place to dream’ (already renewed for a fourth and fifth season), ‘Master of none’ (it is unknown if there will be more seasons at the moment), ‘Sex Education’ (already renewed for a fourth season), ‘Aggretsuko’ (The fourth season will be seen before the end of 2021), ‘How to sell drugs online (at full speed) (three seasons and its future on the air). Seven, with one ending in the fourth and two still unannounced that they will continue beyond the third.

Finally, Netflix has also continued with series that began on other television networks, but among them it has only passed three seasons with ‘Trailer Park Boys’, of which Netflix made five batches of episodes before ending it in 2018, although it later gave the green light to an animated spin-off.

Even with all those particular cases, the baggage is scarce, because it supposes that there is a series that has its sixth and final season pending, two that have reached the fourth season with the future to be resolved, four with three renewed seasons without clarifying that the next will be the last, three that end with the fourth batch of episodes and one that will do so with the sixth.

What does this mean?

The first irrefutable conclusion is that Netflix series are shorter. Whatever the reason, it seems that it pays them more to launch new titles without stopping than to pamper those already underway. It is true that there are exceptions, but it often seems that with some series little less than promotionally disregarding them after their premiere and that surely negatively affects their following.

What is not so clear is to what extent this can have a wear and tear effect on lovers of television series. At the end of the day, why am I going to get attached to this or that series if I know that Netflix is ​​going to get rid of it at the first change and maybe without giving it an ending?

There can always be miracles like ‘Day to Day’, canceled by Netflix after three seasons and later rescued by PopTv. It is true that it has happened again with ‘Tuca y Bertie’, but at the moment of truth the contractual conditions imposed by the platform make very difficult for that to happen with any regularity.

At the moment there seems to be no more occasional complaints, some with more noise than others, Through social networks, but Netflix should start to look at this beyond the profitability of specific titles. That I am not very clear that his algorithms know how to reflect well the discomfort that this policy of his generates in the public. That for now the covert cancellations like series endings are working for them, but every time they cancel more …