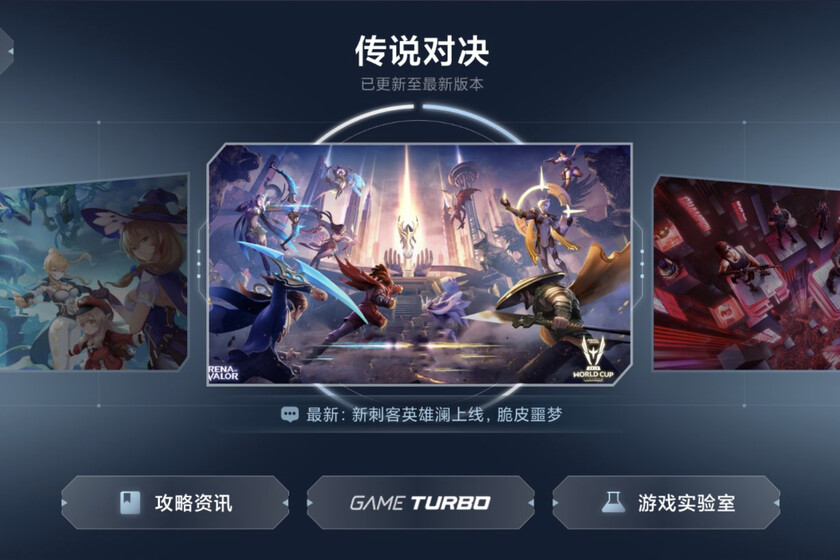 Game Turbo is much more than just a frame counter. This practical MIUI functionality for gamers optimizes any game and allows for huge game configurations.

Aware of their success, as reported from the channel XIAOMIUI Just 48 hours ago, Xiaomi conducted a survey – already completed, although you can still visit the mobile link and / or the desktop link – to propose five different changes to the Game Turbo user interface. Which one do you like the most?

If you have a Xiaomi, POCO or Redmi, Game Turbo is one of those almost mandatory use functions. Within its menu you can, for example, capture photos and videos within any video game. It even incorporates an editor to crop the images and captured video.

If your mobile does not have physical triggers – something that is currently only available in the POCO F3 GT – Game Turbo allows you to create shortcuts to create functions with the power buttons and volume control of the smartphone. Something that we can also carry out with an external controller.

The XIAOMI survey proposes different alternatives, with softer or sharper edges on the digital buttons, with different backgrounds and small customizations in the interface depending on the tastes of each user. Of course, it is unknown if any of the five – or all of them – will become part of the renewed Game Turbo UI.

As we see in the image below, all icons have been redesigned but always respecting an identical control scheme.

Read:  The Xiaomi Mi 11 Lite is the most powerful mid-range in history, according to AnTuTu

In the control wheel we continue to see very interesting functions such as the saturation control of the game, the FPS rate adjustment in each game or network management. In the upper margin appears the memory “joy and play” (enjoy and play) with different fonts and weights, something that we understand would be part of the new Game Turbo, once it is reviewed.

The best Xiaomi products in the January sales of AliExpress