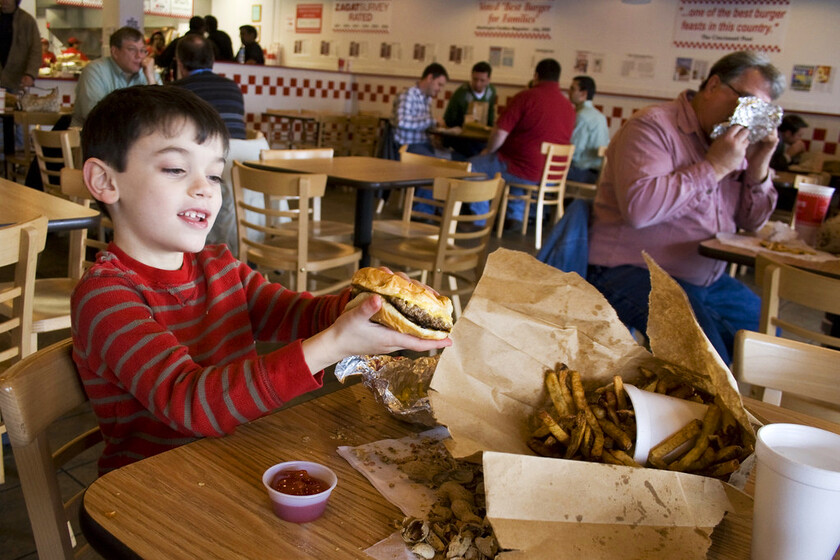 Nobody denies that after planning a Friday in silence and relaxation, having to meet the screams, tantrums and races of some naughty child at the hotel or restaurant on duty is a nuisance. Or not. Also some minors are charming, why fool us. For those who do not think so, and in order to avoid complaints, the owner of a central Bilbao restaurant has made a controversial decision: to prohibit children from entering her premises, even if they are accompanied by adults.

This is not the only one. There are several places that have applied the same restriction in the city. In fact, it is already usual in hotels and chain establishments. The rise of adults only has arrived. But its legality is not entirely clear.

The controversy. “The right of admission is reserved to those who cause inconvenience to other users, and also minors, who come alone or accompanied by their antisocial behavior,” warns the sign on the door of Style, the name of the Bilbao establishment. Faced with this prohibition, the Hirukide association of large families denounced that the measure constitutes “discrimination” for minors and their families.

The organization believes that “uncivil behavior is being equated with the entry of a minor child with a person in charge”. However, in the Basque Country there are no specific regulations that regulate the right to reserve admission. Hoteliers abide by the 1995 Basque law on public entertainment, which states that “the right of admission by the owners of premises (…) will be exercised by them or by a person to whom they delegate, in accordance, in any case, with the principle of non-discrimination, also excluding any arbitrary or humiliating application “.

And is it legal in Spain? It is complex. Through the right of admission, the owner of a public establishment may reserve the right to exclude third parties from accessing or staying there. But an establishment cannot impose the requirements that it wants without limitations. And this refers to specific behaviors for certain individuals; It is difficult for them to fit in with the veto of an entire group due to their condition (in this case, age), regardless of their specific behavior on the premises.

What the law says. Although its regulation corresponds to the autonomous communities, the regulations are developed in accordance with the provisions of art. 14 of the Spanish Constitution, which determines that “we are all equal before the law, without any discrimination on the basis of birth, race, sex, religion, opinion or any other personal or social condition or circumstance”.

The point is that regardless of whether or not it is considered correct, moral or immoral, justifiable or not, in reality that debate should not be legally debatable. Because the Constitution makes it clear that no discrimination can prevail. The question here is whether there is discrimination or not. If accepting as lawful the non-admission of children in a restaurant would be the same, legally, as the non-acceptance of women.

When is it the responsibility of the parents? However, this does not mean that neither catering establishments nor customers necessarily have to put up with annoying behavior from others, be they children or adults, with the consequent damage to the premises. The right of admission does contemplate that an establishment can deny the permanence in its premises to those clients who are disturbing the rest.

The problem is that these behaviors are exclusively the responsibility of the elderly who accompany the children. It is not the children who should be the object of disapproval by the establishment, but their parents, who are the ones who really bother by declining their responsibility towards the minors who are in their care.

What is the problem, then? That the hotel can discourage. It is not legal per se that a hotel prohibits the entry of minors, but it can be excused with reasons that are an impediment for the minor to stay in said hotel: that they do not serve children’s menu, that they do not have cribs … The client can not really act before this type of situations, or show that they are due to an interest in prohibiting you.

Hotels and restaurants have total freedom to promote themselves under the label they prefer to orient their services to a specific sector: families, people with pets … In this sense, they can be advertised as “adults only” hotels.

The tendency adults only. In Spain there is an upward trend that points to the rise of “adults only” hotels and restaurants. In fact, there are already more than 8% of establishments that do not admit children, and there is more and more. In many hotels it can already be filtered by “adults only” and many hotel chains, such as Grupo Barceló, are joining this trend. We have told about it on Magnet. In recent years, an increasingly present ‘ninophobia’ has been awakening.

This trend is not only being followed by hotel and restaurant chains. Other types of establishments and spaces such as cinemas or means of transport have joined the trend by creating child-free environments. Now, between going through the inadmissible and being an intransigent, there is a long way. Better to be in solidarity with the inevitable, lest tomorrow those who are not allowed to enter will be us… for old.

Chapter One already has a release date, trailer and gameplay; The Sinking City authors return