more and more countries are considering decentralizing their institutions

By EzraSeptember 28, 2021No Comments5 Mins Read 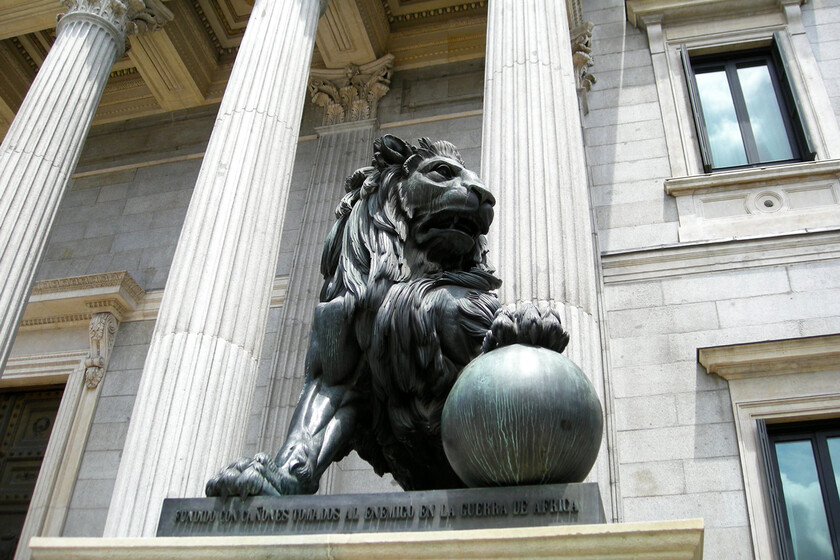 Pedro Sánchez and Isabel Díaz Ayuso have found another reason to bring their personal and political dispute to the national board. This time on behalf of public institutions. “Why can’t they be in other parts of Spain?” He asked himself yesterday after participating in a forum held in Santander and in response to the concerns raised by the president of Cantabria, Miguel Ángel Revilla. Sánchez thus endorsed a very old idea but with little political experience, in part because of the resistance in Madrid, the capital and center of every public body in the country.

Concentration. If we put a lot of effort into the adjective, it is because Madrid is the headquarters of organizations apparently so alien to its geography such as the Oceanographic Institute or Puertos del Estado. The peculiar modern construction of the Spanish state placed the Castilian city at the center of all things. Institutions such as the Congress, the Senate or the Supreme Court are located there, but also other smaller ones such as the National Radioactive Waste Company, the State Agrarian Insurance Entity, the La Marina Institute or the National Transplant Organization.

Ultimately, everything that is decided or executed in Spain passes through Madrid.

The petition. This has been in dispute for some years. The first voices that suggested “distributing” state institutions throughout the geography posed it as a kind of ideological balm. During the most critical phases of the you process, some columnists and politicians saw in the transfer of the Senate to Barcelona, ​​an old idea raised in his day by Pasqual Maragall, a way to calm the spirits. Since then, other regions, in the mouth of their presidents (Ximo Puig, Feijoó, Juanma Moreno, Revilla) have seen an opportunity.

There is life outside of Madrid, even intelligent life.

Thanks, @sanchezcastejon, for defending the decentralization of State institutions to balance the country.

The real Spain surpasses the M-30 although there are those who do not want to realize it. https://t.co/25RF7RrSVu

The idea. Very simple: take institutions such as Puertos del Estado to Valencia (Puig’s express request) or the Data Processing Center to Soria (this one has become a reality and was already inaugurated by Minister Escrivá). Get them out of Madrid. The objective would be twofold. On the one hand, it would reinforce the ties of all Spaniards with the state; and on the other hand, it would allow to create jobs, fix population and enhance the economic prospects of regions today emptied to their fate (the Spain emptied). The latter is optimistic. If there is something in the interior provincial capitals, it is public employment.

Read:  Salah, key in the start of Liverpool

Examples. None of this is original, radical or novel. There are examples in Europe. Germany, a federal state, is the clearest. The Federal Council is based in Berlin and Bonn; the Supreme and the Constitutional are in Karlsruhe; the National Library of Germany is in Frankfurt, as well as the European Medicines Agency; the Federal Archive, in Koblenz; the Financial Supervisory Authority, in Bonn and Frankfurt; the Office of Aeronautics, in Brunswick; the German Academy of Language and the European Space Agency, in Darmstadt. And so on.

This is the most extreme case. But not the only one. Recently, Portugal decided to transfer the Constitutional to Coimbra (not without controversy). The United Kingdom, a country of very London institutions, has been discussing its redistribution for years. The idea of ​​distributing 50,000 civil servants across the north of England has been supported by Conservative MPs; and the Johnson government wants to open new institutions in other cities now that Britain must take over areas formerly in the hands of Brussels.

Otherwise. Of course, there are also very centralized public administrations. France, where the government is synonymous with Paris, is the paradigmatic example, but also Italy or Poland, where almost everything passes through Rome or Warsaw. In smaller and more compact countries like Denmark, the capital concentrates almost all public agencies, although there the weight of regional inequalities is less. A counterpoint to the latter is the Netherlands, with numerous smaller and larger institutions spread over different parts of its reduced geography.

The fight. The shape of one or the other country is the result of its history, from the atomization of economic and political power in the German territories to the Jacobin centralization in response to the federalist revolts of the French Revolution. But nothing is immutable, not even in Spain. Which does not mean that Sánchez’s plans are viable: Ayuso has already criticized the idea as a “direct attack” on Madrid, with his adviser equating it to a “confrontation of territories.”

In many ways, the centralization / decentralization of institutions mimics the territorial and political synergies of Spain from its modern configuration. A center-periphery tension that, in full disaffection of the interior and urban-rural gap, perhaps opts for once on the side of the periphery.

Nurse explains cause of death Michael Jackson in networks