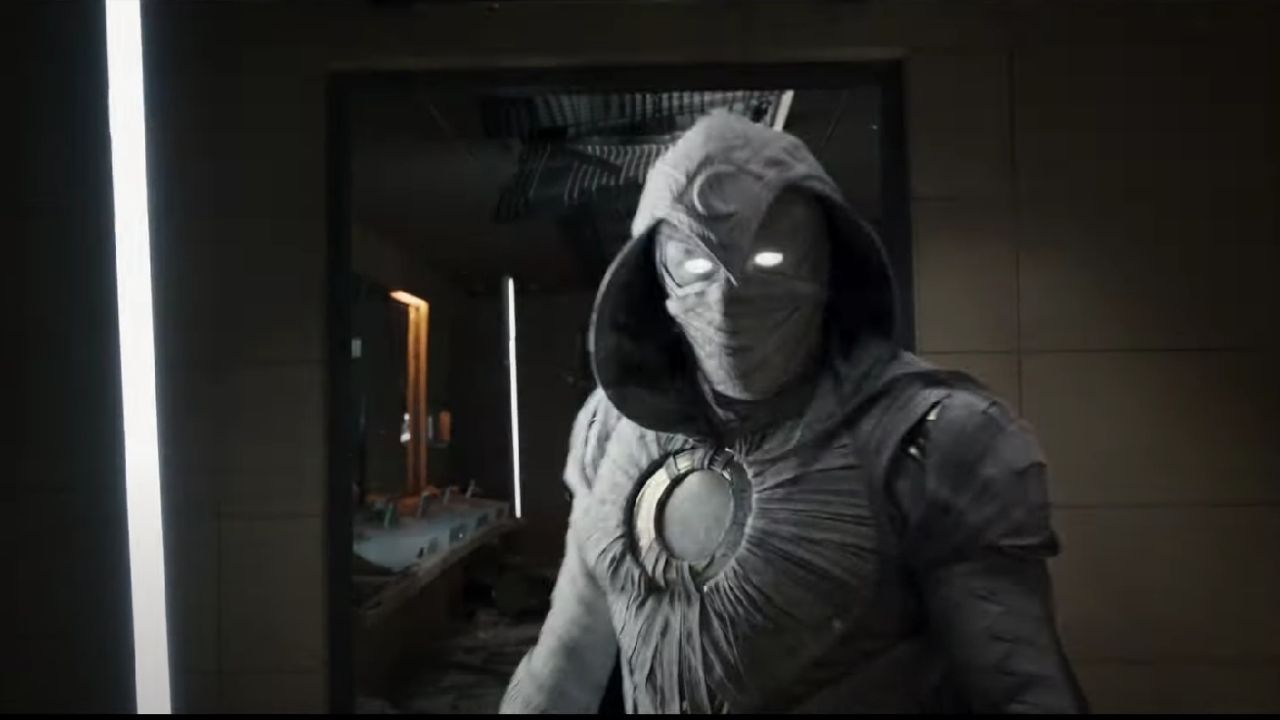 Index hide
1 Starring Oscar Isaac, Moon Knight, the next Disney + series will arrive on March 30 and apparently it will be very different from what Marvel Studios has accustomed us to. Read more details in this note!
1.1 What is the character’s history in the comics?
2 Share it with whoever you want
3 Related Posts

Starring Oscar Isaac, Moon Knight, the next Disney + series will arrive on March 30 and apparently it will be very different from what Marvel Studios has accustomed us to. Read more details in this note!

Moon Knight, the next Disney+ series starring Oscar Isaac, will arrive on March 30. It was recently confirmed that the series received a TV-14 rating, meaning that it would be on the same level as the other series we saw from Marvel on Disney+. This made noise for many fans, as this new character is usually a bit more violent in the comics. However, from what we saw in the trailers, it may surprise us, and quite a bit.

Starring Oscar IsaacMoon Knight will follow Steve Grant, an employee of a local gift shop who suffers from an identity disorder, although he doesn’t know it at first. For this reason, this character thinks that he has sleep disorders, since at night “lose consciousness” and it is difficult for him to differentiate reality from dreams. In a moment, Steven he will realize that he has a double life and that he shares a body with the mercenary Marc Specterbetter known as Moon Knight.

As they face their enemies, Steve/Marc They must navigate their complex identities, understand and trust one another as they investigate a deadly mystery among the mighty gods of Egypt. Moon Night will have six episodes that will last approximately between 40 and 50 minutes and, in addition to having oscar isaac as protagonist, we will have as villain Ethan Hawke (the Dr Arthur Harrow), Gaspard Ulliel and May Calamawy.

The Serie Moon Knight will premiere on March 30 on the platform Disney+ and has Jeremy Slater (The Umbrella Academy) As the showrunner of the series, in addition to developing and leading the writing of it. The director of the first four episodes is Muhammad Diabwhile Justin Benson and Aaron Moorehead they took care of the last two.

The first synopsis announced by Disney it says: “Moon Knight andis a new action-adventure series featuring a complex vigilante who suffers from dissociative identity disorder. The multiple identities that live within him are drawn into a deadly war with the gods against the backdrop of ancient and modern Egypt.

Kevin FeigPresident of Marvel Studiosdescribed the story of the series as “brutal” and, in the past, marked that “would change the way of understanding the stories of Marvel”. However, the fact that the program’s classification is TV-14 (PG-13 in the movies), that is, content that a teenager can watch in the company of an adult, not only leaves us with little flavor, but also contradicts in part what it said feige. Clearly it’s not going to have the violence of Daredevil or punisherbut hopefully it surpasses what we saw in the previous productions of Marvel Or at least show something a little more explicit.

What is the character’s history in the comics?

the first appearance Moon Night it was in august 1975 within the collection Werewolf by Night (#32), a play written by Doug Moench and drawn by Don Perlin. Supposedly, this character would only appear in that comic, but, thanks to his popularity, they created a story for him alone. This caused him to even cross paths with the avengersthe Captain America, Spider-Man Or until Wolverines.

Although he had great appearances throughout comics (Spectacular Spider-Man, The Defenders, Marvel Two-in-One, Hulk! Magazine), Moon Knight He never had the great popularity that other characters in Marvel. This may be related to the fact that her story was always much darker and more sinister, and that his violence and personality disorders made the character difficult to follow.

Marc Specter is a former military man, former CIA agent, mercenary, boxer, taxi driver and millionaire who suffers from a dissociative personality disorder. The peculiarity of this character is that each “career” is related to one of his identities, which rotate, like the phases of the moon. The Playboy Millionaire Steve Grantthe taxi driver Jake LockleyMarc Spector What Moon Knight, for example. From what we saw in the trailers, in the series it seems that we will not see all the personalities of the character, since they only named Mark already Steven.

The personalities of Steven Grant and Jake Lockley were born when Spector he discovered that Yitz Perlman, a friend of his father, his real name was Ernst and that he was a former Nazi soldier who secretly killed Jews. discovering that, Ernst tried to assassinate Mark, but was unsuccessful. This trauma was what “gave life” to those two personalities of Mark Specter.

Seeing his son’s state of mind, Elijah Spector he is admitted to a psychiatric hospital, where Mark start to see Khonshū, an Egyptian God who, over the years, will be the one who will offer to be his avatar in exchange for saving his life. When and how would that be? In a moment Marc SpecterDuring a mission in Sudan, he was betrayed by a member of his team and was killed. this is when Khonshū brings life back to Spector in exchange for becoming a night watchman and vigilante: Moon Knight.

Yes OK Marc Specter He has no superpowers, his past as a mercenary, taxi driver and boxer, give him the skills that will help him fight, control artifacts, be a great driver and more. Added to this is his great fortune, which gives him the possibility of having vehicles and tools of all kinds to fight crime. He knows how to handle white weapons such as darts, crescent-shaped knives, among several others.

It is unknown how much of his origin story will be adapted into the series. Disney+, but Moon Knight reaches the platform streaming on March 30, so there is little time left to find out.