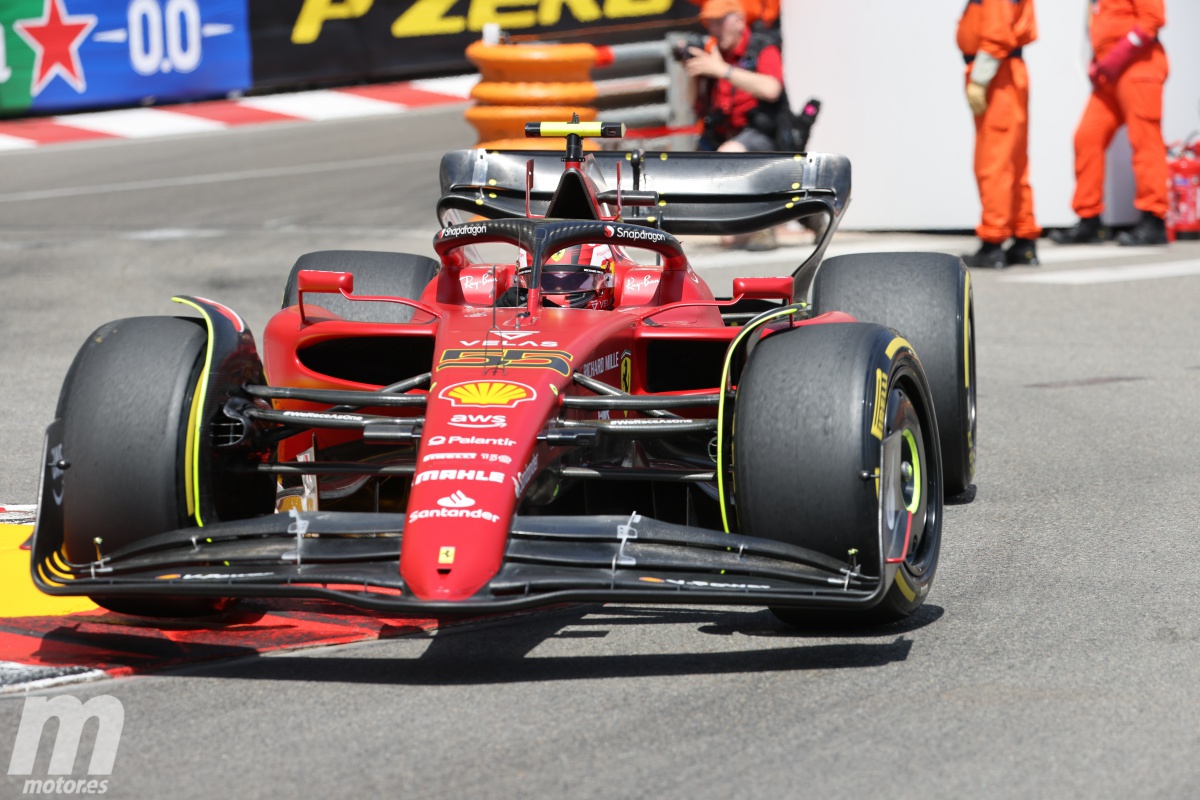 Spinning a lap in Monaco requires a self-confidence that Carlos Sainz has not lost in 2022, despite a stormy start, and the Principality can be a good starting point to start from scratch.

Except in 2015 and 2018, seasons in which Carlos Sainz succumbed to Max Verstappen and Nico Hülkenberg respectively at the end of the season, the #55 has frequently finished ahead of his different teammates in the 8 years he has been competing in Formula 1.

However, the new generation of single-seaters in the premier class of motorsport does not seem to adapt excessively to the driving style of the man from Madridor at least the characteristics of the F1-75, the 9th single-seater that the Spaniard from Ferrari drives this year.

Also read:
Index hide
1 Sainz at the service of Leclerc? this is what Carlos and Ferrari think
2 positive start

In the last Spanish GP, Carlos Sainz lost positions at the start and everything got worse when he lost the rear of his car until he ended up in the gravel of turn 4. Not being able to get rid of Valtteri Bottas in practically the entire intermediate section of the race was compensated with an overtaking of Hamilton in extremis due to mechanical problems of the Mercedes, but Sainz wants more.

“An encouraging day after completing our program and having had a good performance on the track,” Sainz confessed as soon as he got out of his car. A 70 thousandths of an unstoppable Leclerc in the first instance, who became 44 With the occasion of Free Practice 2, the Ferrari driver still has one last practice session in which to squeeze his car to try to turn this situation around.

Read:  how to use them on your iPhone

The Red Bull will be in the battle, how could it be otherwise, and this time it was Sergio Pérez, the driver of the energy drink team, who was closest to the Scuderia del Cavallino. «Monaco is always a demanding circuitbut also very exciting and fun to squeeze into the car.”

Despite having a good lap in both practice sessions, Sainz o blocked at the entrance of the chicane in his next attempts or ended up meeting traffic in the middle section of the layout, so you may still be able to get closer to the guardrails and extract a few hundredths of it.

«Qualifying will be very tight tomorrow for what we have seen today, but for now we are happy with the work we have done and the way in which we have been improving every time we went out on the track”, analyzed Sainz, aware that everything that resembles the 4th position from which he started in 2021 will be pure gold.

“Now it’s about the small details and find the perfect balance for tomorrow’s classification”, concluded Sainz, waiting to find the settings that will allow him to give everything on the track and rediscover the best version of himself.