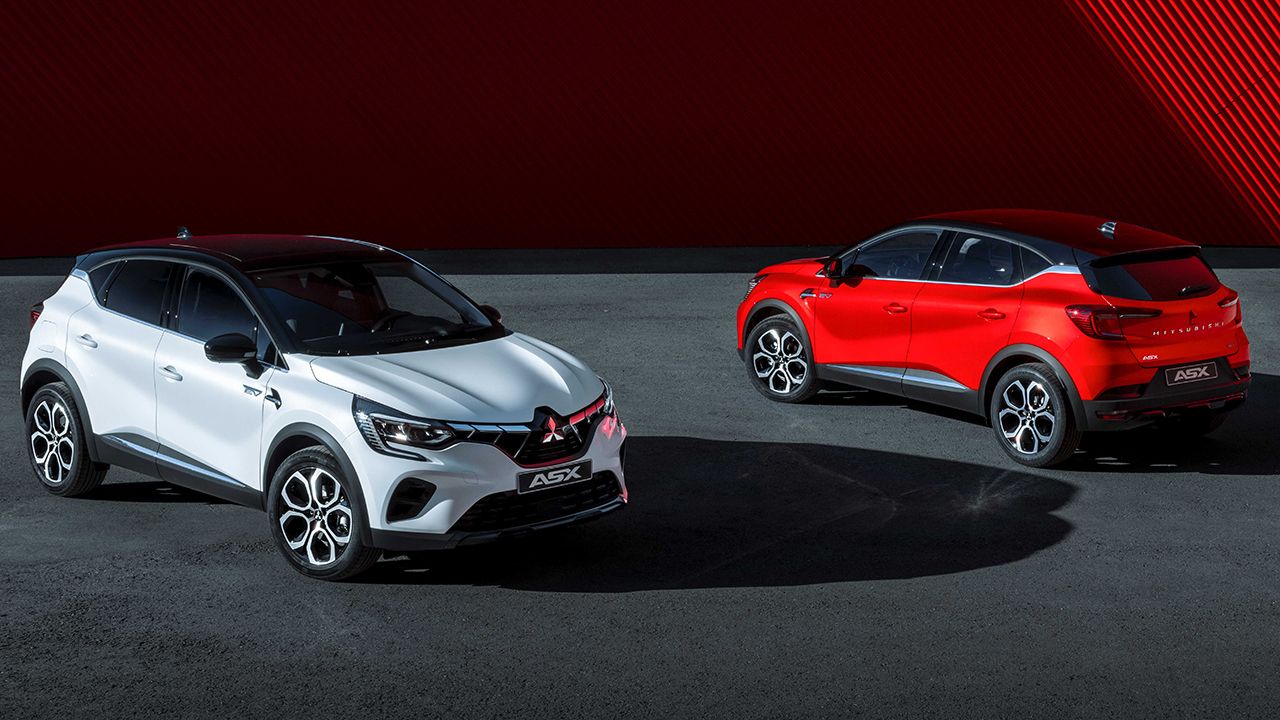 Mitsubishi has launched an ambitious strategic plan to recover lost ground in Europe. A roadmap that has already borne its first fruits and in which the manufacturer Renault plays a leading role. The new Mitsubishi models for the European market will be closely linked to the French company.

The last few years have been really difficult for Mitsubishi in Europe. The well-known Japanese car brand has had to deal with a whole series of challenges to which the effects derived directly from the coronavirus pandemic have been added. However, and despite fears of a possible departure from the Old Continent, the company is committed to this important market.

Mitsubishi has established an ambitious roadmap with which to recover lost ground in Europe. A roadmap that has already borne its first fruits and in which the Renault firm plays a leading role. Mitsubishi has turned to its Alliance partner to solve the problems that it has been dragging in this part of the world. And we have the most obvious proof with the new models in which the brand has been (and is) working.

Index hide
1 Mitsubishi ASX vs Renault Captur, find the differences between two SUVs “Made in Spain”
2 Mitsubishi’s sales targets in Europe for 2024
2.1 The Mitsubishi Colt returns in 2023, a faithful preview of the utility vehicle with the three diamonds
3 Sales forecasts for the new Mitsubishi ASX 2023

Mitsubishi ASX vs Renault Captur, find the differences between two SUVs “Made in Spain”

Mitsubishi’s sales targets in Europe for 2024

The automaker believes it can rebuild its car sales in the region to get closer to pre-pandemic numbers. A recovery process that is only possible with the help of your partner. Mitsubishi has set itself the goal of achieve annual sales of 130,000 units in Europe by 2024. This has been confirmed by Frank Krol himself, President and CEO of Mitsubishi Motors Europe.

In the spotlight is to get a 1% market share. This objective means approximately doubling the sales forecast for this year 2022 and, what is more important, staying very close to the 148,248 units sold in 2019 according to the data provided by the ACEA.

Read:  MANHART SL 800 R, this is the most radical new Mercedes-AMG SL

The arrival of new models will be decisive. What’s more, Mitsubishi expects most of the sales growth to come from these upcoming launches. But what models are they? These are novelties that point directly to the Renault brand. We have on the one hand the recently presented Mitsubishi ASX 2023an SUV based on the Renault Captur, and on the other hand, is the future Mitsubishi Colt 2023which will emanate from the Renault Clio.

The Mitsubishi Colt returns in 2023, a faithful preview of the utility vehicle with the three diamonds

Krol has confirmed that they work with annual sales forecasts of 35,000 units for the new ASX. In the case of the new Colt, the established mark is even higher, 40,000 units respectively. Mitsubishi’s top manager made it clear that the launch of the new ASX and Colt will not mean giving up the development and marketing of its own products in the region.

“Our legacy is SUV-oriented, so for us the ASX is an important vehicle, but the Colt segment is bigger,” Krol said. He also commented that the Mitsubishi Eclipse Cross and the Mitsubishi Space Star will continue to be sold. However, the future of the Space Star, also known as the Mirage, will depend on whether Mitsubishi decides to invest the necessary resources so that the car can comply with future regulations of safety and emissions that will come into force in the European Union.

Takao Kato, CEO of Mitsubishi Motors, assured at the beginning of the year that the recovery of the brand in Europe will be marked by the electric car: “To survive in Europe we definitely need a platform for electric vehicles.” At the moment, the company continues to withdraw from those European countries in which its presence was testimonial and it was not obtaining good sales figures.

Why has the FDA withdrawn a drug, but it is still in Europe?