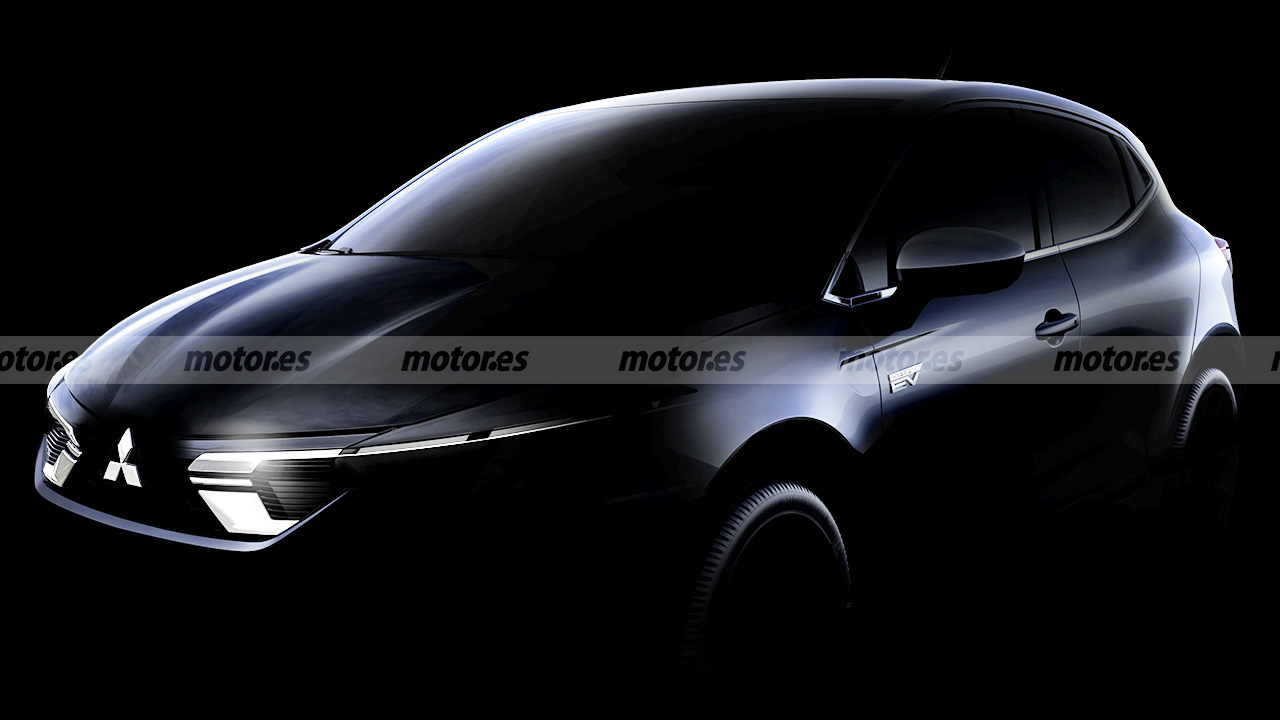 Mitsubishi offers a first preview of the new model that it will incorporate into its European range. The new Mitsubishi Colt will break out in the short term and will arrive at dealerships in 2023 with the aim of rivaling, among other models, the Toyota Yaris and the Volkswagen Polo. A hybrid version will be available in its range of engines.

Mitsubishi has started up all the machinery with the aim of improving its delicate situation in Europe in the short term. That is why in a short space of time a whole series of new models will be introduced. Some models that are the result of the alliance that the company maintains especially with the Renault Group and that are called to play a leading role due to the category to which they are directed.

The new Mitsubishi Colt 2023 has been officially announced. Mitsubishi confirms the return to Europe of an iconic commercial name for use in a new utility. Mitsubishi is working on a model that must face rivals as important as the Toyota Yaris or the Volkswagen Polo.

Mitsubishi Colt 2023, a utility that is committed to electrification

The Colt name was used by Mitsubishi for the first time in 1962. It was used in numerous generations of vehicles that allowed the brand to expand globally. The previous generation of the Colt, which was also manufactured in Europe, sold more than 400,000 units in our continent between 2004 and 2014.

Read:  The reasons why the new Peugeot e-208 will be manufactured in Spain

The new Colt will be underpinned by the CMF-B platform Alliance (Renault-Nissan-Mitsubishi). It is the same architecture used by the Renault Clio, a model with which it will be closely related at a technical level. In addition, and what is equally relevant, among its mechanical options there will be a hybrid versionwhich will allow you to differentiate yourself from a good part of the offer in segment B.

Frank Krol, President and CEO of Mitsubishi in Europe, placed special emphasis on the fact that this product offensive will radically increase the brand’s range from 2023: “The brand’s offer will increase dramatically in 2023 with the addition of the new Colt and the recently announced ASX, joining the current Space Star and Eclipse Cross PHEVs. The Colt brand is synonymous with Mitsubishi Motors’ long history in the B-segment. We look forward to writing a new chapter in the history of Colt and our brand in Europe.”

Release date and production of the new Mitsubishi Colt 2023

When will it hit the market? The arrival of the new Colt in Europe will take place in the year 2023. Its launch will take place after the summer. The production process will be carried out in facilities that the Renault Group has in Bursa (Turkey). In the coming months, new details will be confirmed about a vehicle that has the difficult task of boosting Mitsubishi’s sales in the Old Continent.