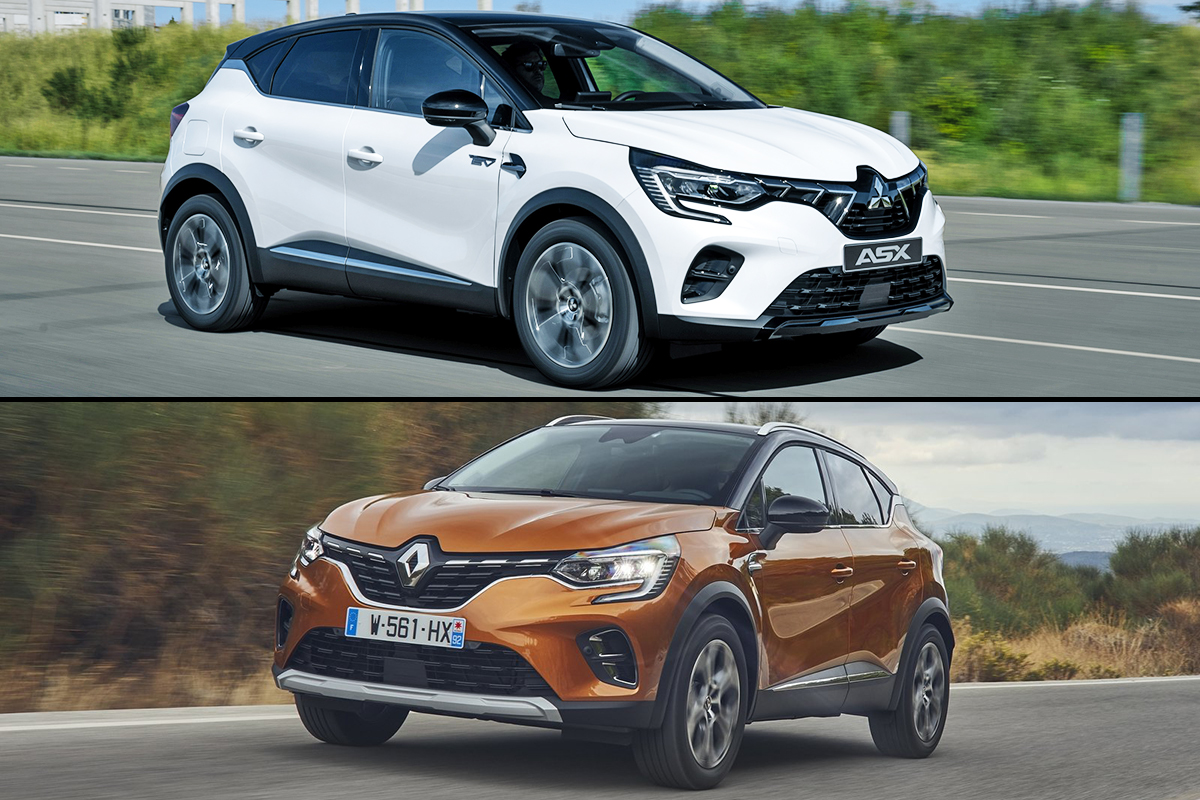 The new Mitsubishi ASX 2023 has been presented in society. The new generation of the popular Mitsubishi SUV is already a reality. A model closely related to the Renault Captur and which, in addition, will bear the “Made in Spain” seal. We put both models face to face to discover their main design differences.

The coming-out of new Mitsubishi ASX 2023 has generated a lot of interest. A new generation of Mitsubishi’s small SUV finally materializes. However, no one can ignore the very close relationship that this model maintains with another SUV. The Renault Capture. Mitsubishi’s membership in the so-called Alliance, in which the Renault Group and Nissan also belong, has made this project possible.

The new ASX is connected at a high level with the Captur. A relationship that not only focuses on the technical section. However, it is important to point out that they are sustained by the same base, the CMF-B platform. Just take a quick look at the images. That is why we have decided to put them face to face to discover their main differences in terms of design. Let’s go into detail.

It is on the front where the main aesthetic differences between the ASX and the Captur. The new Mitsubishi SUV features a distinctive grille with chrome trim that points towards the center, where the brand’s logo has been placed. The optical groups are the same. They retain the distinctive C letter shape and employ LED technology.

Read:  The keys to the success of green hydrogen and the role of Spain in it

The front bumper is no different either. The same goes for the side air intakes. As for the side view, although it brings out the SUV essence of the new ASX, it also highlights the relationship between both models. It is in the wheels where the distinctive feature is found. Mitsubishi’s SUV is available alongside a choice of 17-inch and 18-inch alloy wheels.

Finishing our tour of the exterior at the rear, the changes made by the Mitsubishi design team have been limited to including the brand name on the tailgate. This exposes the location of the rear view camera. A camera that in the Captur is hidden by the Renault logo. The pilots and rear bumpers are not a novelty.

No surprises inside the new Mitsubishi ASX 2023

Regarding the interior, we can not comment much either. The main difference between the ASX and the Captur that we can find inside is in the steering wheel. The central part has been modified to include, in this case, the Mitsubishi logo. And as expected, the graphics of the instrument panel and the multimedia system have been adapted.

From the point of view of the interests of the Spanish automotive industry, it is excellent news that the new ASX is so closely linked to the Captur. The reason? Like the Captur, the new ASX will also be made in Spain. More specifically in the facilities that the Renault Group has in Valladolid. The commercial launch of the refreshed Mitsubishi SUV will take place in early 2023.