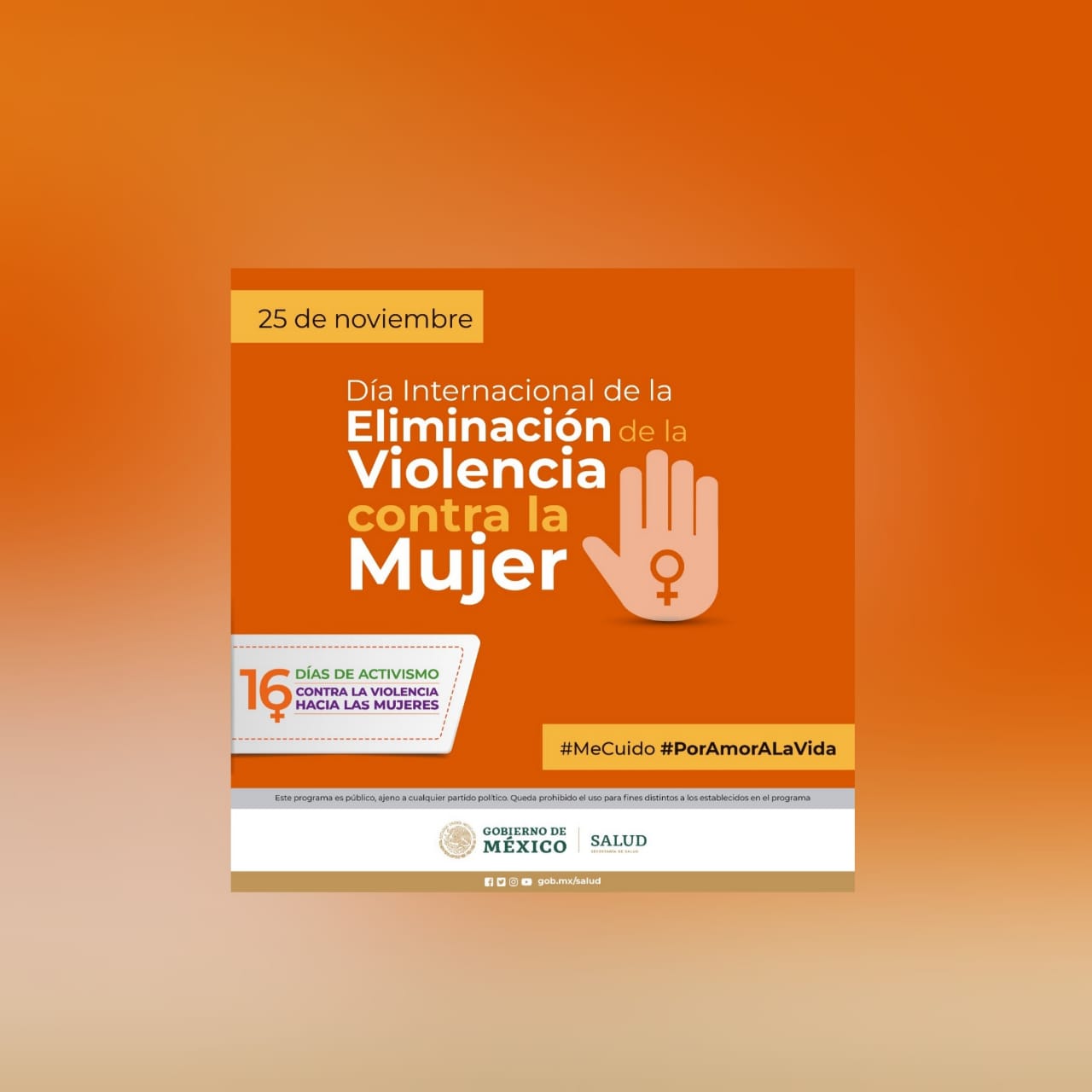 LaSalud.mx.- The Ministry of Health joins the actions to eliminate violence against women, adolescents and girls, and once again joins the United Nations (UN) Women’s World Campaign, 16 days of activism, against gender violence, which will take place from November 25 to December 10.

The Ministry of Health has the strong conviction and commitment to carry out the necessary actions to eradicate this situation, therefore, during these 16 days of activism, Actions are strengthened to guarantee the access of women and girls to a life free of violence.

This unit has Specialized Services for Attention to Violence (SEAV) in the 32 states, where medical and psycho-emotional care and safe abortion services are provided free of charge to victims of gender and sexual violence.

The services are provided in accordance with the Official Mexican Standard NOM-046-SSA2-2005, which states that people, particularly women who face rape, have the right to receive immediate comprehensive care.

It is important that the assaulted person receives care in the first 72 hours after the attack to receive prophylaxis, in order to avoid sexually transmitted infections, including the human immunodeficiency virus (HIV), and up to 120 hours after the rape to the prescription of emergency contraception pills, or seven days to place an intrauterine device to prevent an unwanted pregnancy.

Women who were unable to prevent pregnancy as a result of rape, from the age of 12 and under national legal protection, have the right to receive safe abortion services through the voluntary termination of pregnancy without the need to file a complaint.

Likewise, with the consent of the user, whenever possible, the health services must record medical evidence of the violation. It is important that girls under 12 are accompanied by their mother, father or guardian to consent to access to this service, with absolute respect for their rights.

Read:  Raducanu, the birth of a star

It should be noted that The Official Mexican Standard NOM-046-SSA2-2005 is mandatory for the institutions of the National Health System, for the service providers of the public, social and private sectors, and failure to comply is the cause of criminal, civil or administrative sanctions.

Violence against women is a violation of their human rights and a public health problem, whose consequences can be immediate and acute, long-lasting and chronic or even fatal, mainly when more than one type of violence is suffered or repeated episodes over time.

Violence affects the physical and mental health of women, and directly and indirectly to the members of their family and community environment.

In Mexico, data from the 2016 National Survey on the Dynamics of Household Relationships (Endireh), from the National Institute of Statistics and Geography (Inegi), indicate that about 66 out of every 100 women aged 15 years or over have faced or suffered at least one incident of violence in your life.

This situation was aggravated by the confinement measures to mitigate the spread of COVID-19. During 2020, a global rebound in events of violence against women is estimated. At the national level, it caused an increase in calls to the 911 emergency lines.

In this context, it is necessary to pay special attention to sexual violence; one of the most extreme manifestations of gender violence that directly affects women, adolescents and girls.