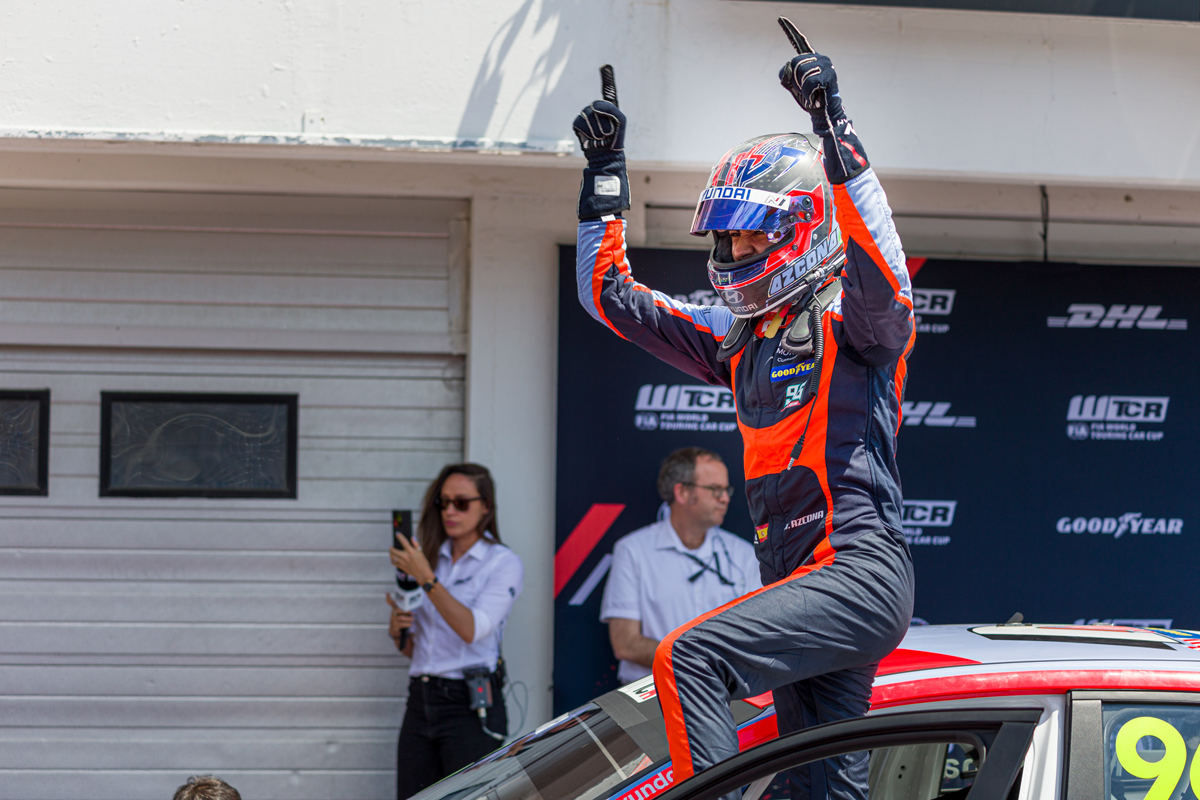 The Navarrese Mikel Azcona is still sweet after achieving victory in the main race of the WTCR at the Hungaroring track. The Spaniard started on pole and dominated the race from start to finish at the wheel of his Hyundai Elantra N TCR, adding this victory to the one achieved in Pau-Ville to position himself as the new leader of the World Touring Car Cup. The current champion Yann Ehrlacher has finished in second positionwhile Nathanaël Berthon closed the podium with the first of the Audi RS 3 LMS TCR.

Under a sun of justice, Mikel Azcona had a good start with the Hyundai Elantra N TCR. The Spanish driver defended the inside to perfection, forcing Yann Ehrlacher and Nathanael Berthon to play for second place in the third corner. The Audi driver made use of his line to maintain second place. Behind, Gilles Magnus managed to climb to fourth place ahead of Ma Qing Hua. The British Rob Huff also managed to win a position at the expense of Esteban Guerrieri.

When the initial tension was diluted and it seemed that the positions were stabilizing, Tom Coronel gave a strong touch to Daniel Nagy, ruining the Hungarian’s race and his own by receiving a five-second penalty. Apart from this circumstance, Rob Huff also managed to account for Néstor Girolami. The Honda pilots little more than they could withstand the downpour, something they did with great difficulty as was evident with Santiago Urrutia’s attempt to overtake Esteban Guerrieri. In fact, the Uruguayan did not stop putting pressure on the Argentine pilot.

The race was divided between the need to manage the tires in the intense heat of the track and the battles to gain position. Interestingly, the local hero Norbert Michelisz was one of the worst managed this circumstance and lost position with Mehdi Bennani. On the contrary, Santiago Urrutia managed to account for Esteban Guerrieri. However, the most important overtaking came in the penultimate lap, since Ehrlacher took advantage of a mistake by Nathanaël Berthon to storm second place with Lynk & Co.

without much opposition, Mikel Azcona crossed the finish line 1.8 seconds ahead of Frenchman Yann Ehrlacher to secure victory, second of the season after the one achieved in the reverse grid race in Pau. For its part, Nathanaël Berthón had to settle for third place after the mistake made just over a lap to go. Gilles Magnus, despite having his pluses and minuses with Ma Qing Hua, managed to retain fourth position in a duel in which one exceeded the limits of the track and the other abused the ‘touches’ to his rival.

Rob Huff crossed the finish line in sixth position after overtaking Nestor Girolami and escaping from the presence of the Argentine driver very clearly. In fact, the pilot CUPRA beat Girolami by 5.4 seconds, leader until the arrival of the WTCR in Budapest. For its part, Santiago Urrutia finished eighth, followed by Esteban Guerrieri and Yvan Mullerin charge of completing the ‘top 10’ ahead of his brand partner Thed Björk.

Results Race 1 of the 2022 WTCR at the Hungaroring Circuit

Competitiveness, the banking race to get new customers