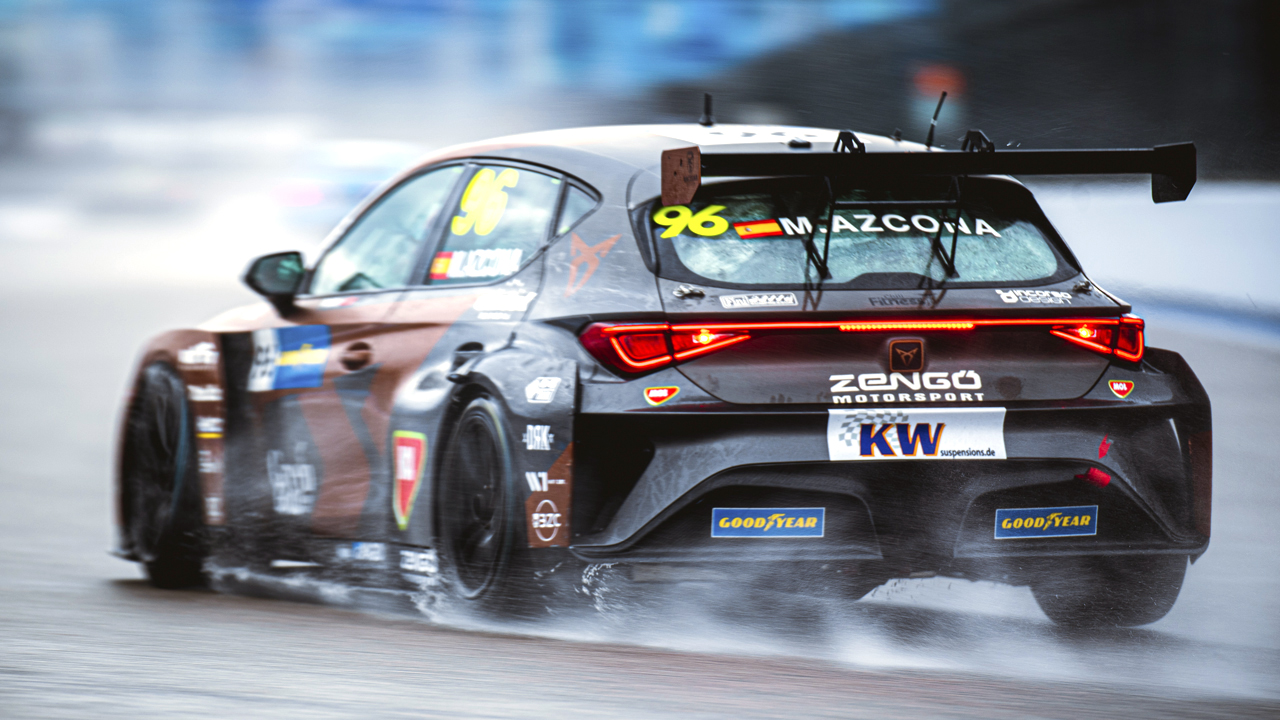 Mikel Azcona achieved a memorable victory in the rain in the first WTCR race in Sochi. Despite starting in eighth position, the Navarrese rider has climbed to fifth place at the start and has been surpassing each of his rivals with maneuvers to the limit in which sparks have even jumped. The performance of the CUPRA driver will be recorded when it occurs in the same race in which Yann Ehrlacher has certified his second consecutive WTCR title. What’s more, the Lynk & Co team has also been proclaimed team champion of the World Cup of Touring Cars.

Gilles Magnus started well, but could not stop a Jean-Karl Vernay who emerged from the ‘spray’ caused by the wet asphalt to take the lead. All in all, the Belgian rider managed to catch the slipstream of the Frenchman to return the overtaking. The action was nipped in the bud seconds later with the strong accident of Esteban Guerrieri that not only kept him out of the race, but also kept him out of the title fight. The Safety Car made an appearance, since the remains of the Honda Civic Type R dotted the entire track, as did the rain. And that served to consolidate the positions of the leading group.

Magnus managed to retain the lead ahead of Jean-Karl Vernay and Frédéric Vervisch. For his part, Rob Huff climbed to fourth place, while Mikel Azcona did the same to place fifth. Nathanaël Berthón also accounted for Yann Ehrlacher in the first turn, thus leaving the leader to seventh place. Three laps later the race was restarted in this order, although Jean-Karl Vernay broke it by beating Magnus for the lead. After giving way to Frédéric Vervisch, his teammate, Magnus faced Rob Huff in a duel that led both of them to pass half a turn in parallel, but in which the Audi driver retained third place.

Read:  Formula 1 has a problem with Aston Martin… the Safety Car

Then Rob Huff let Mikel Azcona pass for the Spaniard to try to overtake Gilles Magnus. The Navarrese went on the attack and placed himself in the wake of the Belgian’s Audi RS 3 LMS TCR to overcome the Audi driver with great skill. Rob Huff didn’t take advantage of the open door to follow your partner on a soggy asphalt. Nevertheless, the Briton managed to jump to third place thanks to Gilles Magnus’s attack on Mikel Azcona, in a maneuver that ended with the Comtoyou Racing driver behind the two CUPRA León Competición. With everything, the action did not end there.

Frédéric Vervisch threw himself for the lead, but his attempts to overtake Jean-Karl Vernay made him fall prey to the CUPRAs. Rob Huff threw his car to get past Vervisch, but the two made contact with extreme force. The left front suspension of Rob Huff’s CUPRA Léon was not holding and the British had to withdraw. Fruit of this contact, Mikel Azcona suddenly climbed to second place with two laps to go. The Navarrese was on top of the leader in just a few curves, so he had the last turn of the race to try to achieve victory.

Mikel Azcona achieved a spectacular exterior to surpass Vernay and conquer the victory ahead of the French. Frédéric Vervisch took third place, although this result did not serve to prevent Yann Ehrlacher got his second championship. The Lynk & Co driver’s sixth place was enough not only to secure the drivers’ title, but also to confirm with Yvan Muller’s eighth place. the team title for Cyan Racing Lynk & Co. Thus was the championship resolved before the last race at the Sochi track after a vibrant race and alternatives.