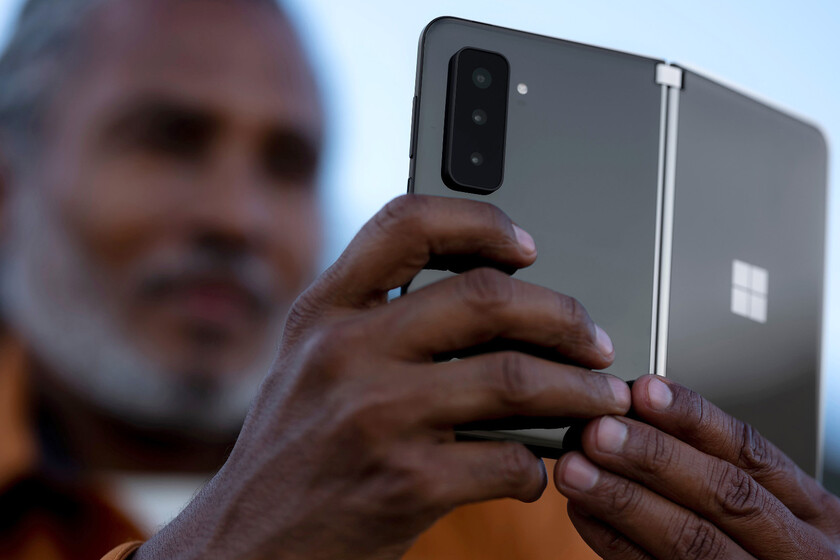 As the Xataka colleagues have said, Microsoft continues to try to enter the field of mobile phones and for this it “attacks again” with the Microsoft Surface Duo 2, a smartphone that uses Android, has a peculiar foldable design and, finally, a triple camera to offer a much improved photo / video section compared to the original device.

That was one of the most important shortcomings of a terminal presented in 2019 and that barely had a camera 11 megapixels. This was also located on the inside of the device, so that to take images it was necessary to open the phone and fold the screen, which largely invalidated its use for these issues.


Now, the new new Surface Duo 2 has a rear-mounted camera system like regular phones, which, as we say, has also been totally revamped. Thanks to this, now this mobile terminal that is clearly focused on productivity offers new possibilities. In fact, the options provided by the double screen, as well as the possibility of run two programs at the same time, open up many options in the field of image and sound.

For example, as you have seen in the previous video, the double screen allows the Surface Duo 2 to become a very interesting pocket device for editing photos “on the go”. Or simply that, when taking pictures and / or videos, we can have the viewer in one of the screens and the adjustment controls in the other.

As we have said, the renewal of the camera of the Surface Duo 2 is very remarkable, and in fact it is one of the great novelties of this device. Whereas before there was no camera at the back of the terminal, now we have a rectangular-sized bump in which the following pairs of objective-sensor are housed:

Read:  Why is it important (or not) to shoot in RAW format also with our mobile

This is accompanied by a flash and a fourth ToF depth sensor. All this associated, of course, with a software section that includes the almost essential Portrait mode with adjustable depth control and the possibility of using both the wide-angle and telephoto cameras. It also comes prepared with modes of night photography and HDR They work by taking several images and merging them into a final photo.

Also includes a panorama mode with wide dynamic range and promises a “smooth zoom between the three rear cameras combined with super digital zoom up to 10x“which is added to the 2x optical zoom of the telephoto lens. Prepared to capture short videos during photo taking, and still images during video recording, it is capable of recording at maximum resolution 4K at 30/60 fps.

Undoubtedly all this suggests a quite capable system, with a triple configuration of cameras that vaguely reminds us to the one used by the iPhone 13 Pro, with relatively modest sensors in terms of the number of pixels and optical stabilization technology.

Of course, the latest Apple terminal bases a good part of its new “powers” on the use of computational photography, something that remains to be seen how it will work on the Surface Duo 2. Of course, for this we will have to wait a long time since, at the moment, it will only reach some markets and Spain is not included. In addition, if it finally arrives, you will have to pay a very high price to get it: its starting price in the US amounts to $ 1,499 for the 128 GBytes version, 1,599 for the 256 and 1,799 for the 512 GB one.

How to change personal details of my Yahoo! account