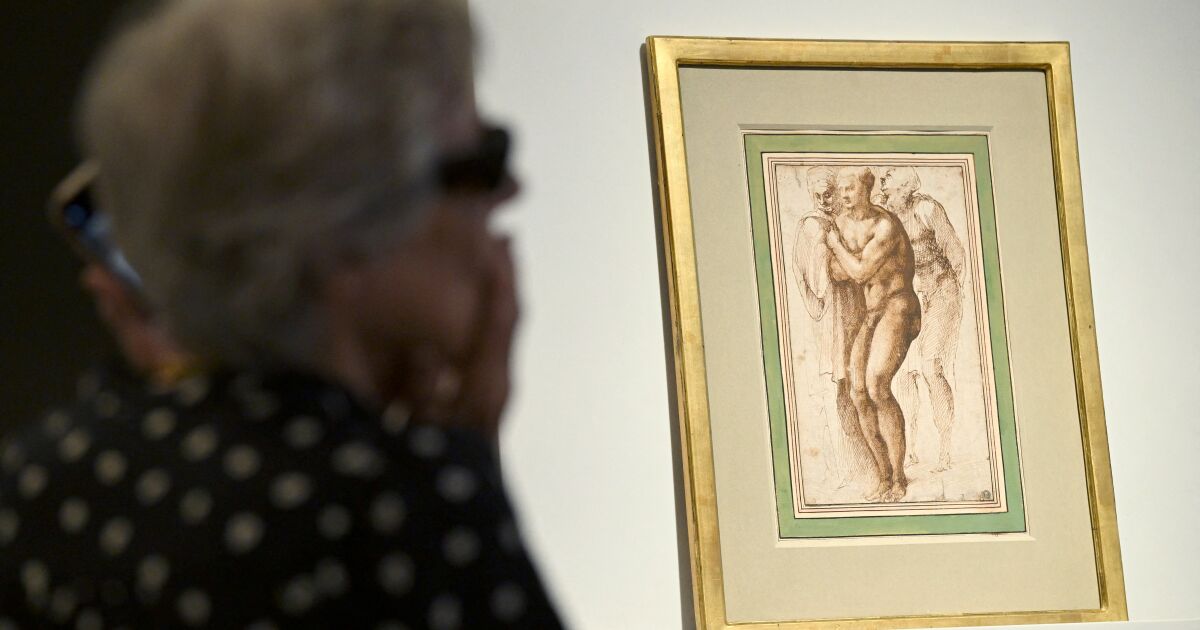 The drawing auctioned this Wednesday It is the first known nude of the painter Michelangelo. and was estimated at 30 million euros ($31.5 million).

With the dimensions of an A4 sheet, it seems to be inspired by a fresco by the painter Masaccio (“The Baptism of the Neophytes”), and illustrates the interest of the Italian artist in the representation of the male body.

The drawing made with pen and brown ink had been sold in 1907 at the Hotel Drouot, in the French capital, under the classification “School of Michelangelo”, before being attributed to the master only in 2019, within the framework of an inventory for a french private collection.

“There are less than ten drawings by Michelangelo in private hands,” said Hélène Rihal, director of the antiquarian drawings department at Christie’s, during the announcement of the sale of this youthful work of the Italian Renaissance genius (1475-1564).

Dating from the end of the 15th century, this work “escaped the attention of specialists” for a long time and It is in good conditionstressed the auction house.

In September 2019 it was declared a “national treasure” by French heritage, which prohibited leaving the national territory for thirty months and gave the French State and its museums the opportunity to buy it.

As no offers were made in this period, the drawing was exhibited in Hong Kong and then in New York before being presented to collectors prior to sale.

They launch a job vacancy, but only for candidates with a “sixth sense”

Study indicates that sexualized games do not affect