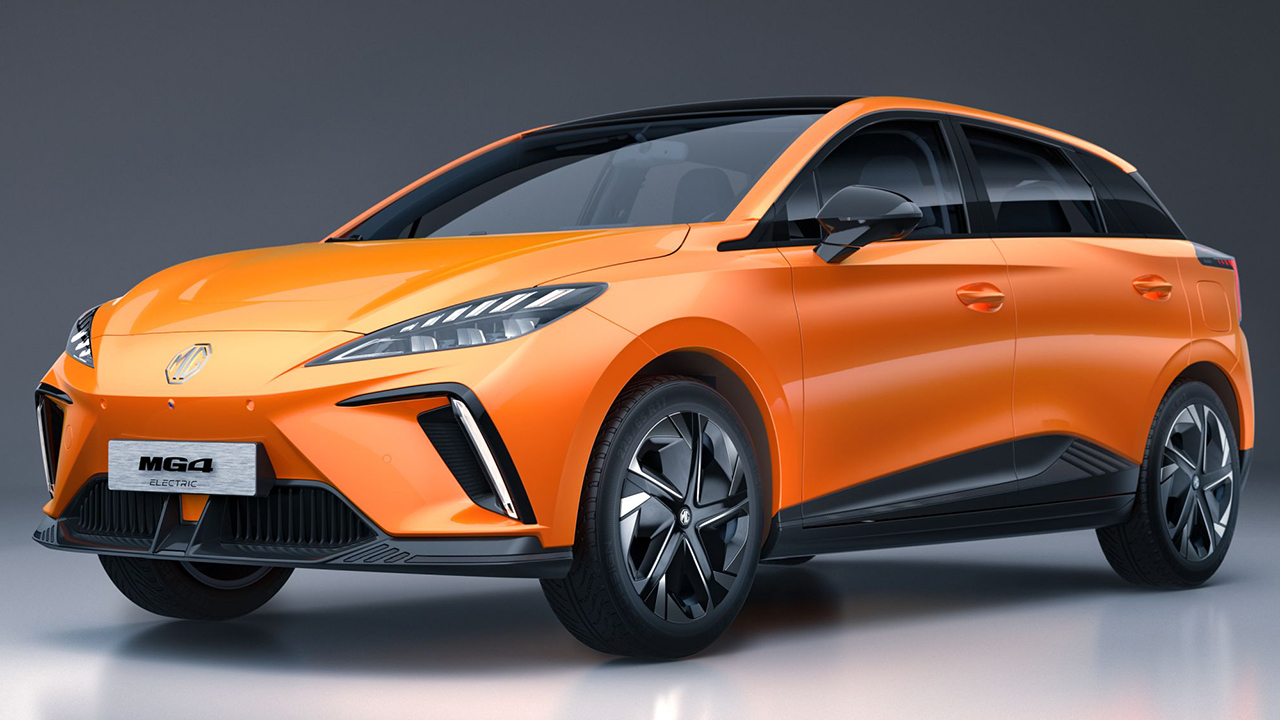 Morris Garage has presented its new and long-awaited electric car in society. The MG4 Electric has debuted in Europe, a compact that is called to rival, among others, the Volkswagen ID.3 and the Nissan Leaf. A totally new model that launches a platform and technology. It boasts a range of up to 450 kilometers.

It was about time. Morris Garage has unveiled its new and long-awaited electric car in Europe. A model that leads an ambitious product offensive with which this iconic brand seeks to ratify itself as a relevant player in the field of sustainable mobility. The new MG4 Electric has burst onto the scene with the aim of facing rivals as important as the Volkswagen ID.3 and the Nissan Leaf.

This new model already debuted a few weeks ago in distant and exotic China. However, in the Asian country he is known as MG Mulan. There were quite a few doubts about what would be the name with which the European version of this electric compact would be baptized. Finally MG has opted for a trade name that is in line with other of its models. The MG5 Electric, for example.

The autonomy of the new MG4 Electric

In the MG4 Electric range
Two batteries will initially be available. The most basic option will go through a 51 kWh battery and, one step above, will be the highest capacity battery that reaches 64 kWh. The 51 kWh battery is associated with a 125 kW (170 hp) motor and allows you to enjoy a autonomy of up to 350 kilometers
according to the WLTP cycle. The 64 kWh battery powers a 150 kW (204 hp) motor and range reaches 450 kilometers respectively.

These engines have a rear-wheel drive configuration. In the best of cases, this new electric will be able to accelerate from 0 to 100 km/h in 8 seconds and reach a maximum speed of 160 km/h. MG has confirmed that the development of all-wheel drive versions that will offer superior performance is on the agenda.

Read:  The Peugeot 408 debuts, deep review of the saloon for China

MG places special emphasis on the new One Pack battery system. The minimum height of the battery can reach 110mm, making it the thinnest on the market. The company’s engineers have also worked to reduce weight as much as possible, since this directly affects autonomy.

The measurements of the new MG4 Electric

The MSP platform and technology of the new MG4 Electric

It is important to underline the fact that this is an entirely new vehicle from MG. And it is not only about its first 100% electric compact. From the hand of the MG4 Electric debuts in Europe the MSP platform. A scalable modular architecture specific for battery electric cars and developed by SAIC, one of the giants of the automotive industry. The platform allows the wheelbase to be adjusted from 2,650 to 3,100 mm, so it can be used by vehicles from different segments.

Another of the technologies that the MG4 Electric boasts is an eight-layer fork system and special oil cooling for the electric drive system. Also, architecture can be upgraded from 400 V to 800 V in order to reduce battery charging times in the future. In addition, the powertrain is compatible with battery swap systems and, if that wasn’t enough, it also incorporates OTA technology to receive over-the-air updates.

When will it hit dealers? The new MG electric will be ready to storm the European market before the end of this year. The brand has underlined the fact that the development is not over yet. Now face the final stretch. The launch of the new MG4 Electric in Europe is set for the fourth quarter of 2022. At the moment its price is unknown.

The most unforgettable millionaire purchase of Raúl Ruidíaz