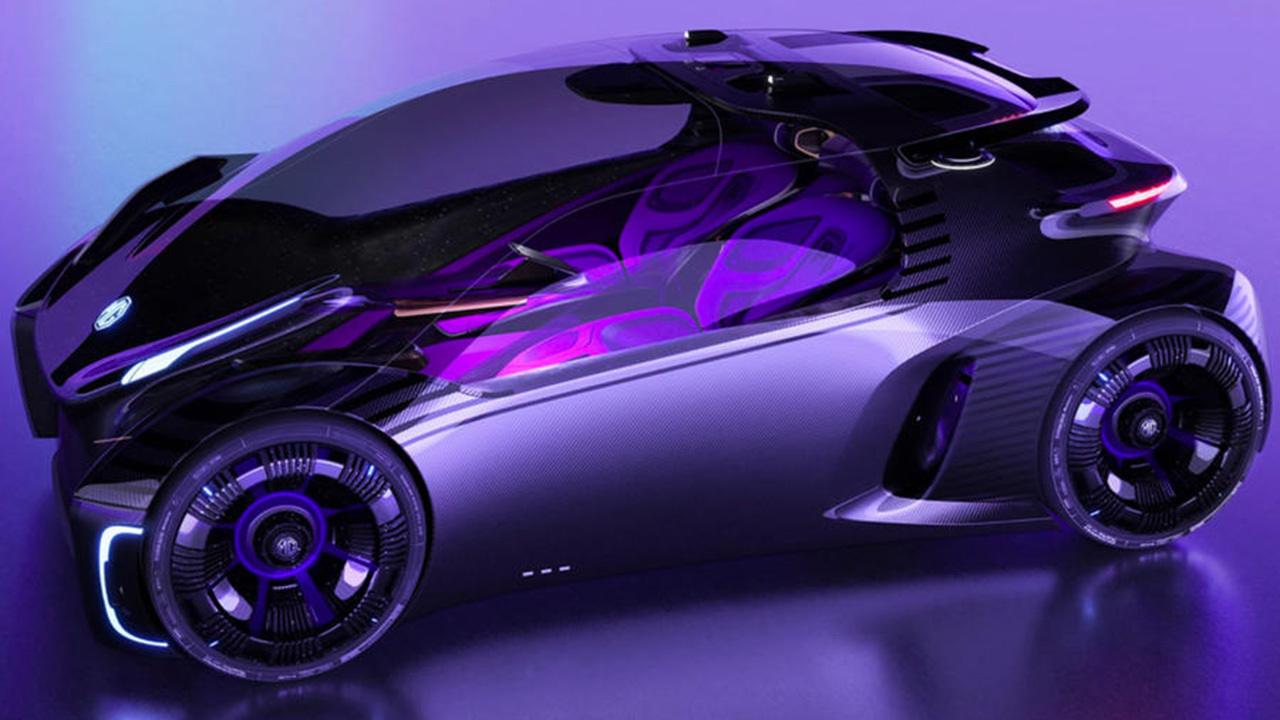 Morris Garage’s new concept model has debuted on the scene. The MG Maze, created by the SAIC Design team in London, is a peculiar and striking electric vehicle with compact dimensions that is inspiring by the digital world and, more specifically, by that of video games.

A new concept model with the Morris Garage insignia has been unveiled. The iconic brand adds to its long list another concept car, the new MG Maze. A project that has been brought to life in the facilities that SAIC Design has in London (United Kingdom) and that aims to “return driving fun to electric cars.” Moreover, three main keys have been followed when carrying out the design: Play is important, Discover is important and Adventure is important.

It is aimed at a new generation of vehicle users and takes as video game culture inspiration. SAIC Design has set out to bring the “home play scene” to a car. The result is obvious to the eye. It is only necessary to take a quick look at the images that illustrate this article.

The design of the new MG Maze Concept

It has a very striking exterior appearance thanks to a inclined position and short overhangs. Its compact proportions reveal that it is an ideal vehicle for moving through urban environments. Something that is confirmed by knowing the type of mechanics that is hidden in its entrails. All this accompanied by a gigantic glass surface and very sharp and vertical headlights. The rear lights, also made of LED, run from end to end, emphasizing the feeling of width. In addition, it lacks conventional rear view mirrors.

Leaving aside the outside, if we venture inside we will be enveloped by a futuristic environment. A fully digital cabin for two passengers. The interior is accessed through the front since the front and a large portion of the roof have vertical opening. The seats are of the “zero gravity” type. It also has a video game controller and a screen that is more reminiscent of the setup video game instead of inside a car.

Regarding the powertrain, SAIC has not provided details. He has limited himself to emphasizing that we are facing a electric vehicle powered by multiple motors They are powered by a lithium ion battery. In addition, it has a battery exchange system.

The new MG Maze is a design studio, so it does not lay the groundwork for any production vehicle to hit the market in the near future. Now, we must not emphasize that in the medium term, some of the next electric models from Morris Garage present some of the aesthetic features shown through this concept vehicle. Follow in the wake of other concept cars recently presented by the brand, such as the MG Cyberster or the MG Beyond, among others.