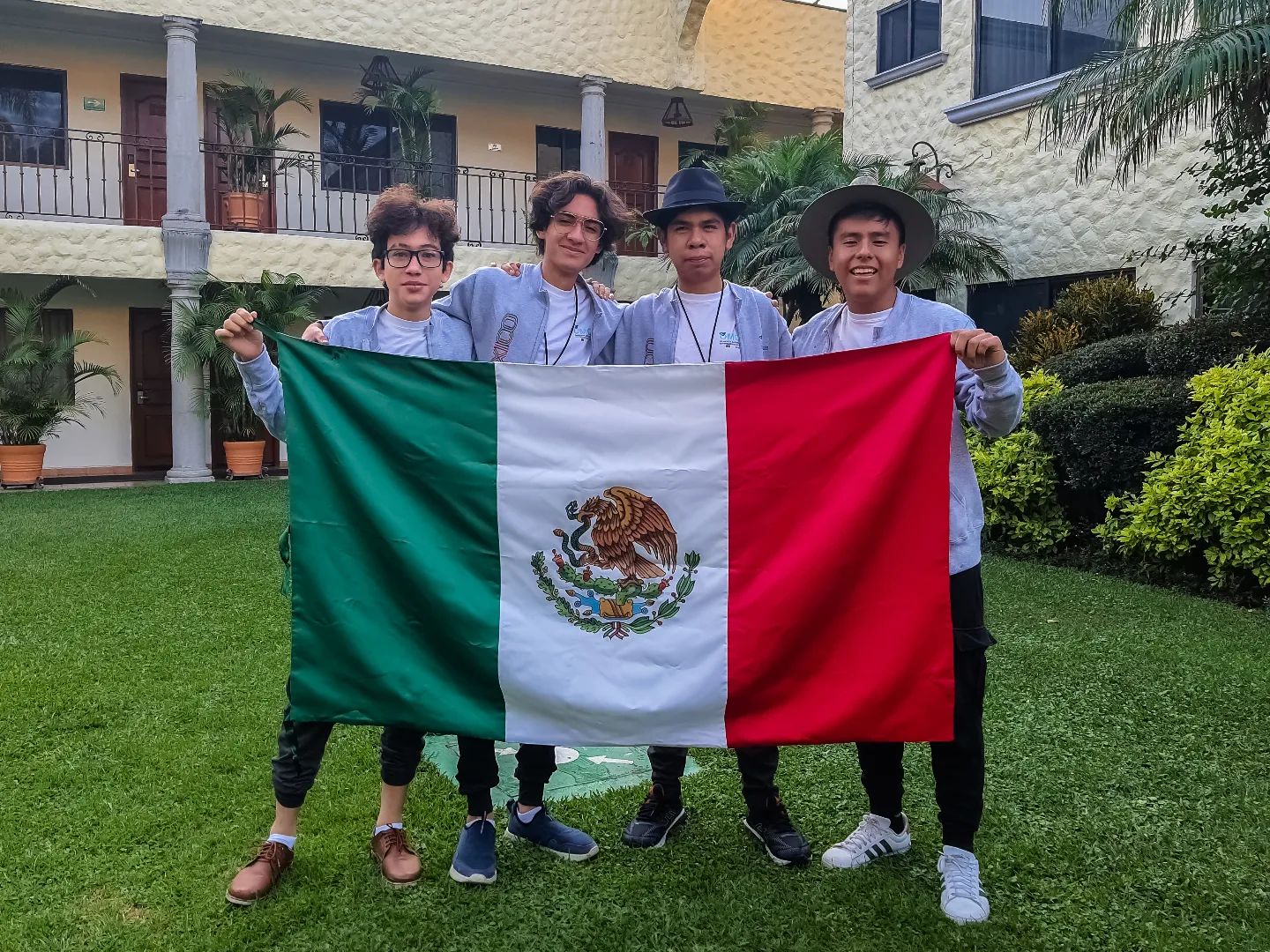 Congratulations! Mexico became the country with the most medals in the 24th edition of the Mathematical Olympiad of Central America and the Caribbean (OMCC). The national team won three gold medals and one silver.

In the contest, again held remotely, the gold winners were:

As for the silver medal, it was obtained by Alan Alejandro López Grajales, originally from Chiapas.

Thanks to the four winners, Mexico became the leading country in medals in the Mathematical Olympiad of Central America and the Caribbean. The competition was organized from Costa Rica and took place from November 25 to December 2, 2022.

The score was 113 points for Mexico, which placed it in first place, and 72 points for Colombia, which gave it the second seat. A total of 46 students from 12 countries participated, solving an exam of six unknown and complex problems that were designed by professional mathematicians from the participating countries.

The OMCC was planned for the month of June, but due to the sanitary restrictions in force in Costa Rica, it was postponed to the month of November, with the aim of allowing all the contestants to travel. However, it was finally decided that it would be carried out in a virtual format, as in the 2020 and 2021 editions. For the above, security measures were implemented in order to guarantee a contest without cheating. The Mexican team met in Morelos.

According to its website, the Central American and Caribbean Mathematical Olympiad (OMCC) was born in 1999 with the main objective of promoting the participation of countries in the region in international mathematics Olympiads. This competition is intended for high school students. The structure of this competition is very similar to that used in the International Mathematical Olympiad (IMO). Countries that regularly participate in the OMCC are Colombia, Costa Rica, Cuba, Dominican Republic, El Salvador, Guatemala, Honduras, Jamaica, Mexico, Nicaragua, Panama, Puerto Rico, and Venezuela.