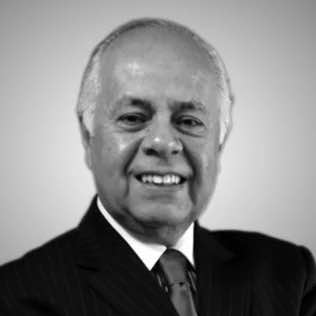 Past, present and future of soccer in Mexico.

The (expected) defeat of the Mexican team against its Argentine counterpart leads us to reflect on the past, present and future of football in our country, as well as his meaning in the life of a nation and the much-needed paths to take.

Past, present and future of football in our country,

It was a glimpsed defeat according to the history we had of the Mexican team in his confrontation with Argentina, which ended in a score of two goals to zero, was what has been crudely said, paraphrasing the work of Gabriel García Márquez, “A Chronicle of a Death Foretold”.

It is noteworthy that the Mexican National Team, in an enigmatic way, occupies the 13th place in FIFA world ranking without forgetting that Argentina is third in the world and that “we have been their clients” now during four world championships as well as in other duels (see image); All this scenario gave a reasoned guideline so as not to harbor great possibilities.

It could be read strong or aggressive but there is no doubt that artificiality occurs with the power of communication reinforced by “surgical marketing actions” reflected in the announcements of the sponsors and companies interested in hanging on to the World Cup to promote their products or services, this in different media, and not to mention in terms of the euphoric boast of some communicators, that they always motivate football fans and the general public by arousing the “hope” that companion who is designated as “the one who dies last”.

As a sign of the effectiveness of the aforementioned, soccer, and in this case the Mexican team, have been able to count on the assistance of thousands of Mexicans who traveled to Qatar (some even compromising their assets) who gave their support to the players in the Lusail Stadium on the second day of Group C of the World Cup in Qatar 2022, and despite the above the debacle happened.

Thus the Mexican team loses by two goals to zero and with this adds 385 minutes without scoring in world cups, the last score of Mexico He went against South Korea in Russia 2018 and made it Javier “Chicharito” Hernandez, who also inexplicably was not summoned to the World Cup in Qatar 2022.

Meaning of soccer in the life of a nation.

To start this section we cannot fail to comment on how soccer influences the country’s economy, official reports indicate that the activity related to the Mexican soccer industry represents 54 percent of GDP that generates all sporting activity in Mexico and 25 percent of GDP generated by the entire entertainment industry, Wow, it is important to create an infinity of interests of all kinds in this way.

They say that “a button is enough to show it”, and so now we know that the income from advertising in the media reaches unimaginable figures, the rating of Mexico against Argentina has gone down in history as the one with the highest rating for Mexican television with more than 40 million viewers.

Soccer is perhaps the most popular sport worldwide, in the case of Mexico for more than 100 years. It will continue to be so in the future and not only at a sporting level such as games and entertainment, but also at a social level since it articulates groups of all economic, political and social levels, clubs, regions and even nations from all over the world.

Read:  The 3 best medical researchers in Mexico this 2022

Meaning in the life and future of a population.

Soccer is like a school, it enlists us in many aspects of life, it forms habits through discipline in its planning as a game, in physical and psychological development, it promotes educational values, teaching respect in many aspects such as the importance of playing clean, instills healthy living habits, the necessary proper use of leisure time and its administration in life in general, creates identity, likewise raises awareness of the importance of dedication, loyalty and the sensitivity of knowing how to win and lose , brings to light the character that is being formed on and off the pitch.

All this meaning in the life of a boy or girl, a young person and any adult is necessary in a country in constant development, which is why the general population including its authorities, businessmen, educational institutions, society organizations civil society, the media and their communicators, and families in particular, all together and separately must participate in guiding the efforts in this call “man’s game” towards ways of strengthening to reach levels of excellence, which implies that the soccer system in Mexico operates in an integral and integrated manner and this is the essence of this content.

The paths of football life

as a culmination of In this text we gloss as the beginning, indications (more than known) of a necessary proposal for the transformation or evolution of soccer in Mexico, the following: The soccer system will be transfigured when it ceases to be only a “banquet for television stations, managers, promoters, and the media.” of communication”, this could be achieved by doing major surgery transforming the head of the organism called Mexican Football Federation towards an entity with the participation of civil society organizations (OSC) in the figure of an association planned, organized and supervised as it should be, of course with the participation of the team owners, a representation of the players and members of society whose knowledge, experience and passion is the football so that they jointly establish the rules of football as a business with positive results for each team, and for society in general, the entry under equitable participation rules would be facilitated for interested groups (stakeholders).

The objective and purpose is to make soccer a true pride for Mexico, as Real Madrid is in Spain, as well as other models of sports organization and consequently business.

An organism that has a philosophy oriented to the general well-being of people, organizations and the country. That it be strengthened with resources for its sustainability and sustainability in such a way that CSOs manage in a comprehensive manner with integrity who should form the various necessary and specialized management bodies so that in addition to having a strengthened society, a winning national team is present in the World Cups and in any sporting feat as part of the reality and image of citizens, as well like the country we all yearn for. And you do you think?

It is important this Wednesday, November 30, 2022, since when you read this article, the Mexican team will probably have or will be playing their match against Saudi Arabia: Can Gerardo ‘Tata’ Martino’s team end the World Cup drought and qualify for the next round…?

Long live the Mexican team…!and let’s not allow the euphoria to lead us to forget the present and the past once again and work on the Selection of Mexico as future world champion .