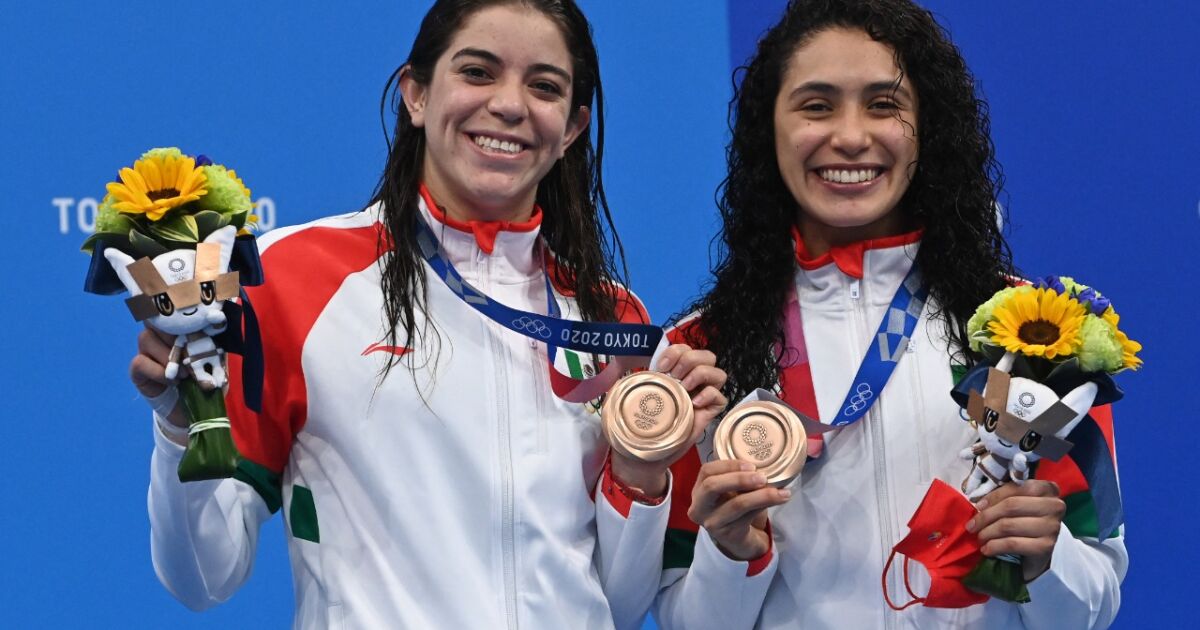 Facebook
Twitter
Pinterest
WhatsApp
The national bronze in diving comes after two fourth places in the synchronized tests on the three-meter springboard, both in the men’s and women’s branches, and a controversy over a tweet from former Olympic medalist Paola Espinosa in which she criticized not having been able to compete in Tokyo and, according to her, get one more medal.
Moments after this tweet, Espinosa deleted it and blocked his account for those who were not his followers.

Mexicans Alejandra Orozco and Gabriela Agúndez beat the pairs of Canada, Germany, Japan, Great Britain and Malaysia. The closing against the Canadians was important as the Mexicans received a score of 299.70 against 299.16 for the Canadian pair.

With last night’s result, Orozco became a double Olympic medalist after the silver obtained in the synchronized test in London 2012, accompanied then by Espinosa and with only 15 years. For Agúndez, this was his Olympic debut.