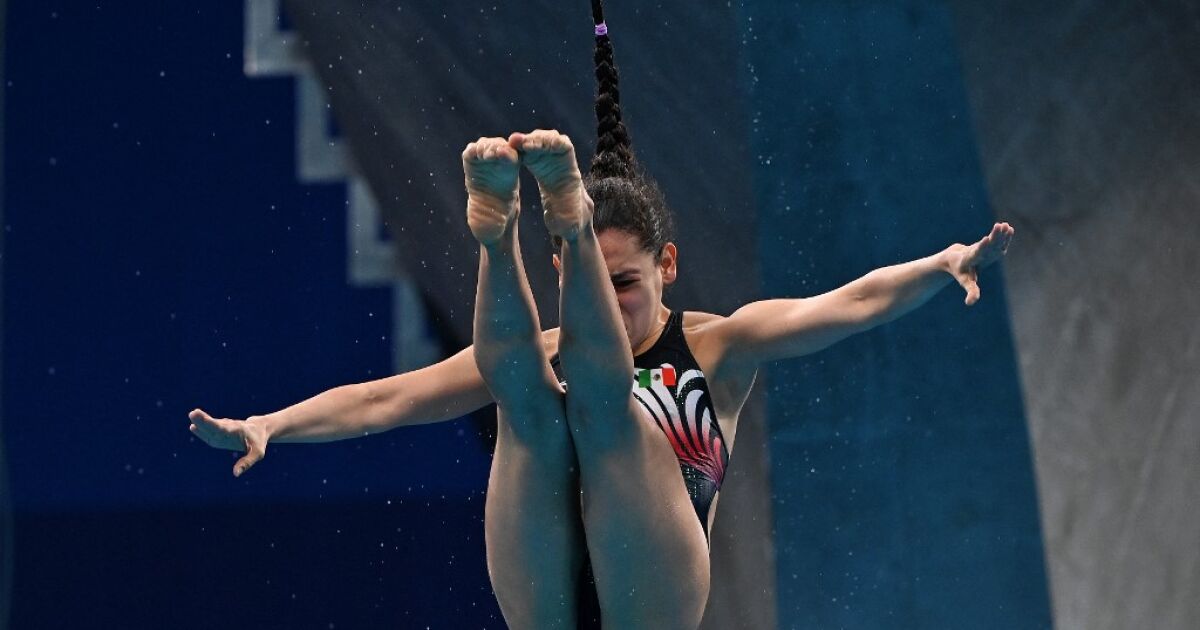 At just 14 years old, Quan finished with 446.20 points, after obtaining the perfect score in rounds two, four and five, beating her compatriot Yuxi Chen (15 years old), with 425.40 points and the bronze went to the Australian Melissa Wu, with a score of 371.40.

I don’t consider myself a prodigy. In fact I’m not very bright, I’m not good at studying

Shyly revealed the new champion, who despite competing for the first time outside her country “was not too nervous.”

Agúndez finished with 358.50 points and his compatriot Alejandra Orozco finished in sixth place, with 322.05 points.

The two Mexicans had obtained bronze in synchronized jumps from the 10-meter platform at these Tokyo Games.

“For me they are very good first Games, with a bronze and a fourth place, fighting face to face with the best and I am very happy and motivated to continue working and striving in the future, knowing that I have the level to fight with the best, “Agúndez assured the AFP.

Agúndez had finished the morning semifinal in the 4th silver and aspired to add a second medal in these Games, bronze, since the Chinese couple was unreachable.

The Mexicans began the final discreetly, with the 6th (Orozco) and 7th (Agúndez) best scores after the first round, but as the competition progressed they continued to gain positions.

Above all, Agúndez, who after the third round already placed 4th and was only separated by seven points from the podium, which was provisionally occupied by Wu.