Mexican and Argentine fans and a fierce fight in Qatar 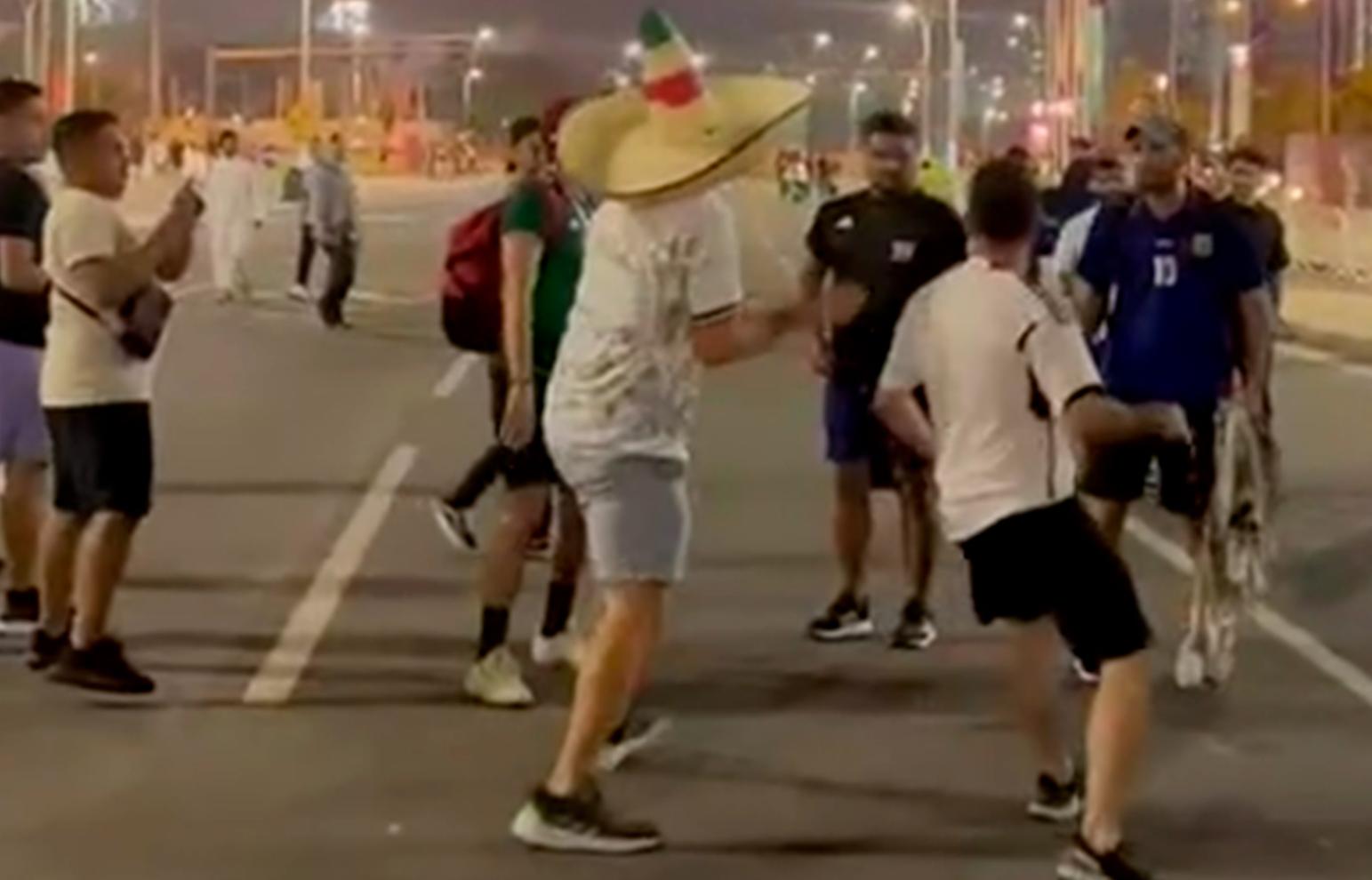 One of the Fan Fests in the city of Doha was the scene of an unfortunate fight between Mexicans and Argentines in the middle of the World Cup in Qatar.

The fight occurred in the early hours of Thursday, November 24, less than 48 hours before the game that the teams of Mexico and Argentina will play on Saturday the 26th for Group C of Qatar 2022.

The match is key for both teams, especially for Lionel Messi’s, who lost the opening match against Saudi Arabia and needs a win to avoid being eliminated from the World Cup.

Index hide
1 Fight in the streets of Qatar between Mexican and Argentine fans
2 Mexico vs Argentina: fight in Qatar before Saturday’s game

Fight in the streets of Qatar between Mexican and Argentine fans

The fight is the prelude to the tension that will take place on Saturday (from 1:00 p.m. in Mexico, 4:00 p.m. in Argentina) at the Lusail stadium.

Both teams need a good result. Mexico drew 0-0 in the Tricolor’s debut match against Poland and a defeat against Argentina would leave “Tata” Martino’s team with few chances of qualifying for the round of 16.

In the images you can see fans from both countries exchanging fist bumps and insults.

You can’t see the police, just some traffic officers who can do little to avoid the pitched battle.

💥 THE CAMPAL BATTLE IS ARMED 🥊 MEXICANS 🇲🇽 AGAINST ARGENTINIANS 🇦🇷
A few days after the Mexico 🇲🇽 vs Argentina 🇦🇷 game, the spirits are starting to heat up…🔥 pic.twitter.com/bI8hwOPH6B

There are several injured by the fight between Mexican and Argentine fans in the streets of Qatar.#Qatar2022       #FIFAWorldCup       #Argentina #Mexico pic.twitter.com/yhLRtAiYJv

Mexico vs Argentina: fight in Qatar before Saturday’s game

At the beginning of the World Cup in Qatar, there had already been a first meeting between fans from Argentina and Mexico, prior to the opening, but it did not go beyond chants and jokes from each other.

Read:  Statistics tell how far Mexico will go in Qatar

Now, with the arrival of more fans and the tension of the closeness of the game between the two teams, things seem to have risen in tone.

Mexico and Argentina are two of the countries that brought the most people to Qatar. It is estimated that there are more than 90,000 Mexicans and at least 40,000 Argentines.

After the first game, Argentina is last in Group C of Qatar 2022 without units, while Mexico is second with one point, like Poland.

Leading the surprise, Saudi Arabia, which defeated Messi’s team 2-1 in the debut match of both teams.

Client goes to Coppel and ends up watching Mexico vs. Poland