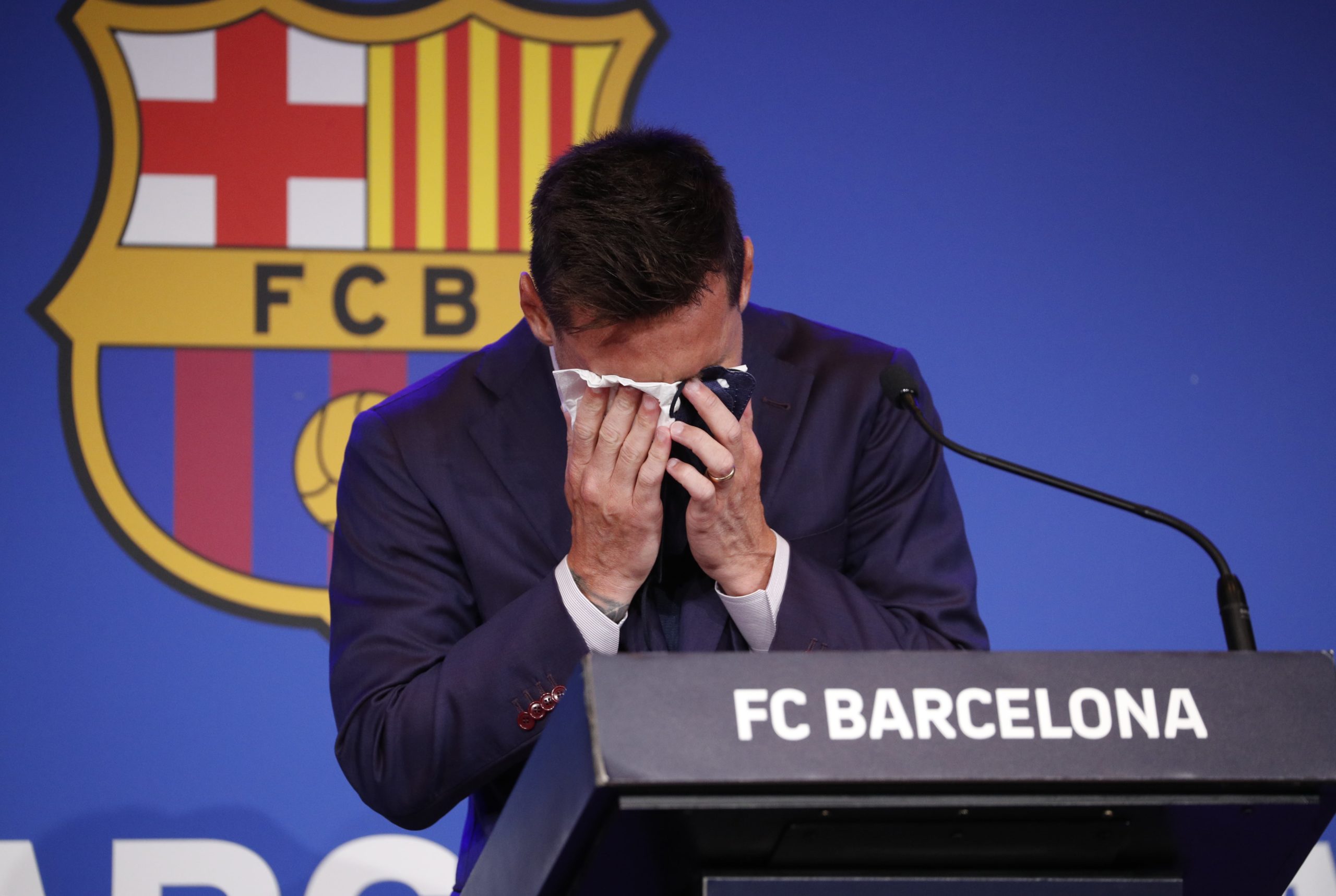 A few days after announcing the news, Lionel Messi officially said goodbye to FC Barcelona from a press conference from where, through tears, he asserted that he and his family were convinced to continue in the team, which he considers home, and that he wasn’t ready to say goodbye.

“These last few days I have been wondering what to say. The truth is that nothing came out of me. I was blocked, as I still am. It is very difficult for me, after doing all my life here. I was not ready.

“Last year, when the burofax mess broke out, I was ready, I knew what to say. But not this year. We were convinced that we were going to continue here, at home, it was what we wanted the most. We always superimposed our well-being, being in our home and enjoying this life in Barcelona, which is wonderful, “he said through tears.

Index hide
1 Who is guilty?
2 Messi’s next step

From the conference, the Argentine footballer assured that he did everything possible to stay within the Club, eliminating the rumors that he was asked to lower his signing much more to be able to hire him. However, he indicated that the FC Barcelona board could not adjust more to the economic limitations of LaLiga.

In the same way, Messi pointed out that Barcelona would always be in his heart, as well as the Blaugrana club, making it clear that the team will always be more important than any player.

“Barcelona It is the largest team in the world. Surely more players will continue to arrive. Players pass, the club is always more important than anyone. People are going to get used to it, at first it will be weird, but they will get used to it, “he said.

Messi pointed out that he was leaving with a bitter taste, because due to the coronavirus pandemic he could not say goodbye to the fans, while due to the circumstances of his departure, he could not do it from the field either,

However, his next move seems almost to be a fact, as the French newspaper L’Equipe reported that the attacker will travel to the French capital later in the day or on Monday to undergo a medical examination and close his agreement with the club. , owned by Qatar Sports Investment.

Read:  this is how the body reacts and why do we like it so much

Messi only said that his incorporation to PSG “is a possibility. At this time I have nothing arranged with anyone. When the statement came out, I had a lot of calls. There are several interested clubs. I have nothing closed, but we are talking ”.

However, he assured that his plans were to continue playing for as long as possible, showing himself confident to continue competing at the highest level.

“Let’s see how much I can handle on a physical level. I had no serious injuries, so I’ll be there until it hits me, “he said.

Although Messi’s value is no longer what it used to be in sports (he is already 34 years old), his brand value is certainly incalculable.

It is that they precede six Ballons d’Or, four Champions League, three club championships, four participations in Soccer World Cups and a Copa América with their national team.

All this makes it a prized loot and an ideal opportunity for the club that wants to increase its brand value by attracting a greater number of fans, selling t-shirts, ticketing in stadiums and winning championships.