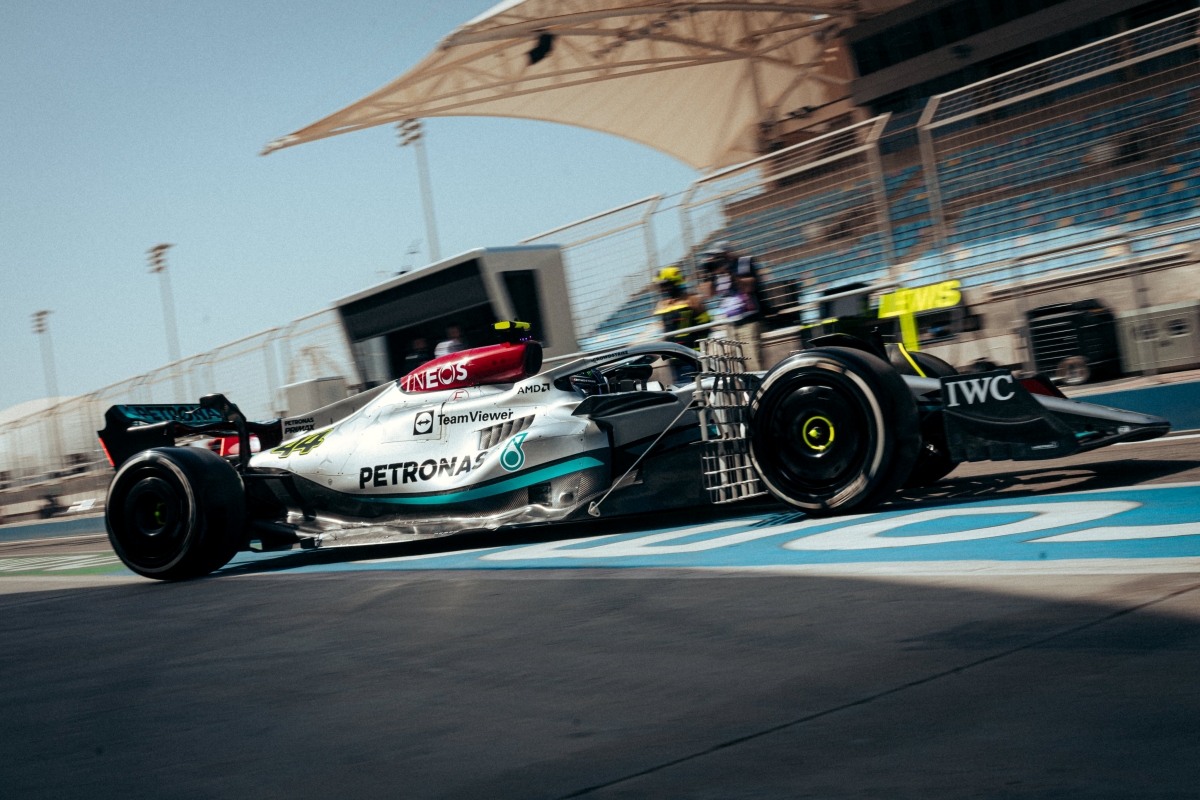 The rumors of a radical evolution of the Mercedes W13 have come true and the Anglo-German formation has presented a single-seater with the most reduced and radical pontoons that have ever been seen.

The domain of Mercedes, which began with the advent of hybrid powertrains in 2014, has often been attributed to the power unit. However, if the star brand team has shown anything, it is that it is capable of surprising and innovating as much as anyone else in other areas.

We have the last test on this first day of testing in Bahrain, in which Mercedes has presented a second version of the W13 provided with some ultra-reduced pontoons that allow generating a much more voluminous aerodynamic flow around it, which in turn allows improving the operation of the bottom and the diffuser.

At least that’s the theory, because Mercedes has to be able to make it work a completely different concept than what was seen before. In addition, this design implies compromises in the cooling system, since the radiators do not go in the usual position and, instead, are slightly raised and placed glued to the power unit in a longitudinal position.

There is no doubt that Mercedes has wanted to bet heavily on this start of the regulatory era. The introduction of a completely different regulations to what was previously known makes it especially important to be competitive in the first year, as this will allow the teams that get the design right to face the rest of the seasons with an advantage.

But this new regulation comes in a framework of budget limitations that forces the teams to think very carefully about what they spend the money on. That has not stopped Mercedes, which in Barcelona presented a type of single-seater and in Bahrain it has completely evolved, which implies changes in a chassis that must be homologated by the FIA ​​through the dreaded crash test.

The high-speed bounce of the F1 in ground effect, an unexpected problem

In fact, the Mercedes W13 seen in Bahrain reveals the side impact structure mandatory by regulation, which serves as a support for the mirrors. Without a doubt, the Anglo-German team will have to be very precise with the development plan for the season, as a false step could make the end of the season difficult after such a strong investment at the beginning of the year.

Be that as it may, the audacity of Mercedes, one more year, is worthy of applause and there is no doubt that after the difficult 2021 season the ambition of this team has not been diminished at all. Will Red Bull, Ferrari and McLaren be able to respond?