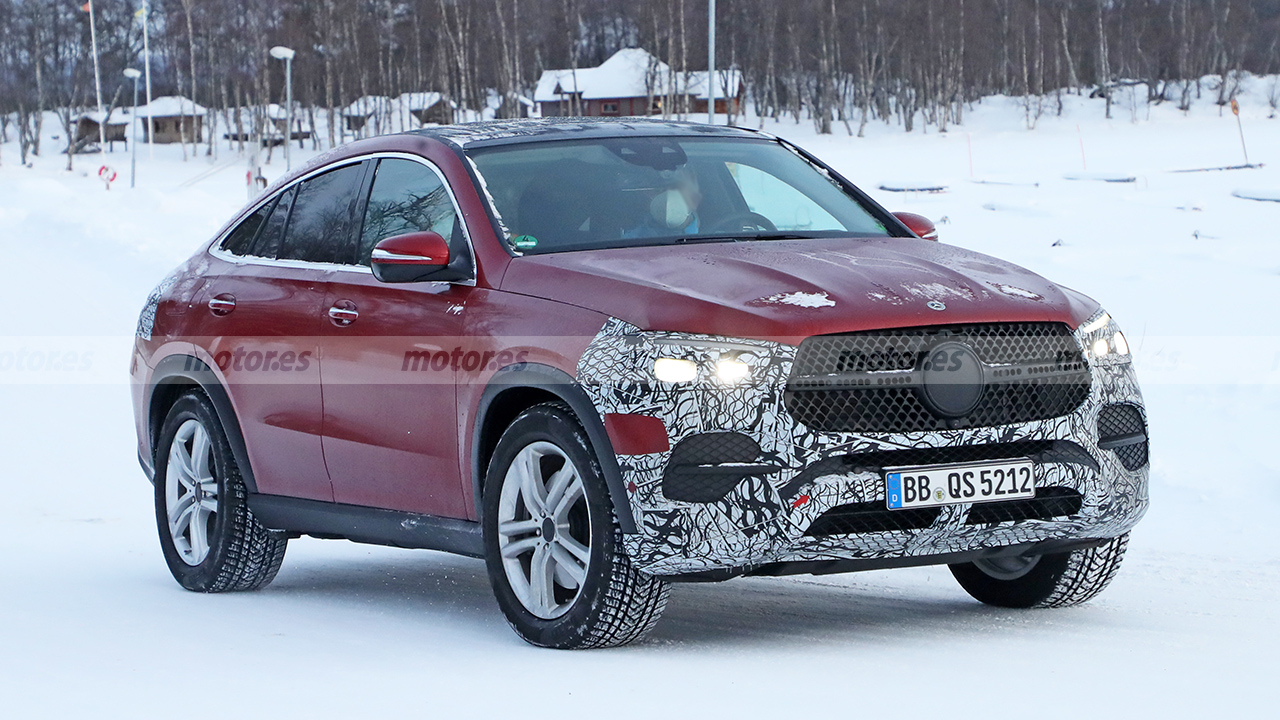 Mercedes will carry out an important tuning of its very interesting and luxurious SUV Coupé. The Mercedes GLE Coupé will undergo a facelift. A mid-cycle update that will allow this generation to face the rest of the commercial life that lies ahead. Development is underway and a prototype has been hunted down during harsh winter testing.

It was about time. In recent months we have been closely following the entire development process of the new Mercedes GLE. The well-known and popular SUV of Mercedes
It will soon undergo a relevant set-up. A mid-cycle update that will allow this generation to face the rest of the commercial life that lies ahead.

Bearing in mind that Mercedes had set to work updating the GLE, it was clear that sooner or later the same would happen with its more sporty, passionate and youthful alternative, the Mercedes GLE Coupe. Well, it has already been photographed and, therefore, we can say that the development of the new GLE Coupé is also underway.

The sighting of the new GLE Coupe It has occurred in Northern Europe. More specifically in the region of Scandinavia. The German brand is there carrying out the very important winter tests with different models. Among them are the new GLE and GLE Coupé. The development of both goes hand in hand as they are closely related. They share, among other things, equipment, technology and mechanics.

The hunted unit features camouflage on the front and back. It is logical that the brand takes pains to hide these two areas of the vehicle since it will be in them where the novelties in terms of design will take place. The two optical groups will be renewed and the front bumper will also be subject to various changes. This will allow the GLE Coupé to adapt to the Mercedes’ new design language. By the way, we must not lose sight of the grill.

Regarding the cabin, if we take these spy photos of the interior of the new GLE as a reference, we can get an idea of ​​what will be the novelties that the SUV Coupé will release. Will keep the system of two 12.3-inch screens to enjoy fully digital instrumentation as well as a large screen for the multimedia system.

It will debut a steering wheel that, in addition to having a new design, will be characterized by having touch controls. The MBUX infotainment system It will be updated to increase the digital services and functionalities that it currently offers. It will also be an ideal time for Mercedes to increase the list of driving assistance systems.

The engine range of the new GLE Coupé It will be made up of a selection of diesel and gasoline engines with 48-volt light hybrid technology (MHEV) as well as plug-in hybrid versions (PHEV) that will improve its autonomy in 100% electric mode.

When will it be presented? The debut in society of the new GLE Coupé will take place, predictably, in the hands of the new GLE. In this case, we should expect a coming-out in the middle of this year. In any case, it will land in European showrooms as a 2023 model.