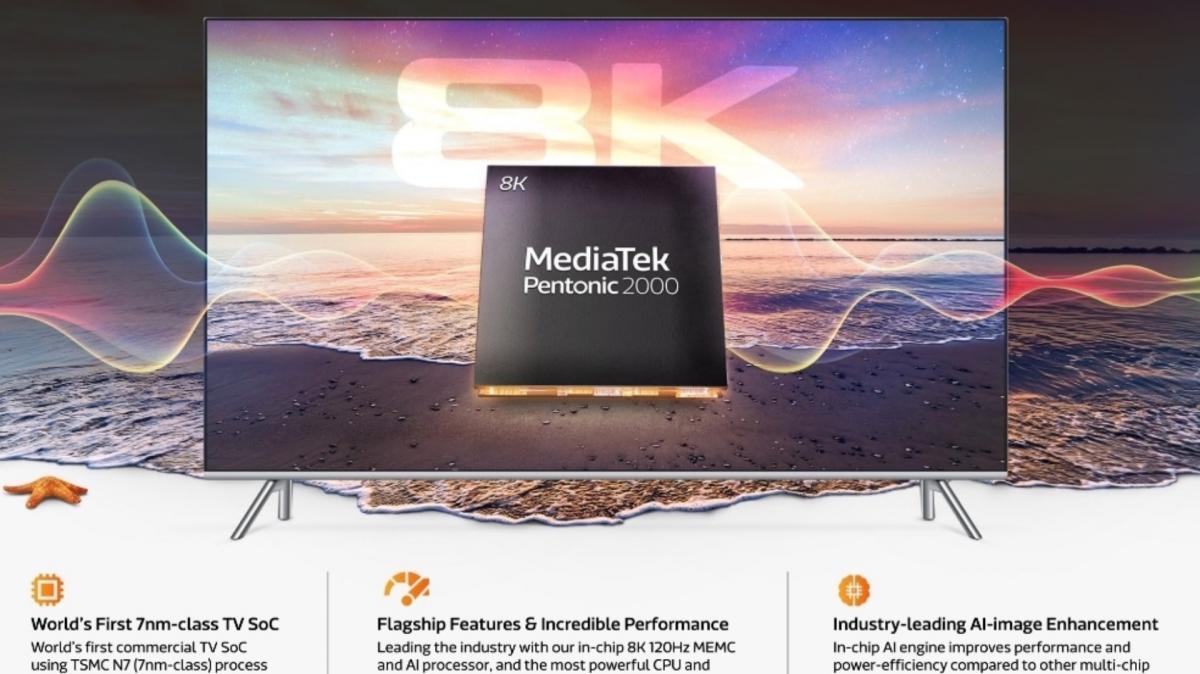 The televisions that are to come already have a processor to mount inside them, this is the MediaTek Pentonic 2000 that promises support for 8K resolution and up to 120 Hz refresh rate.

When choosing a television, the feature that prevails over the others is the quality of the panel and, is that this window to the digital world is the one that will allow us to see and enjoy all the content. There are many types of panels and it will also depend on how loose our pocket is.

MediaTek has its new processor ready for the televisions of the future or, well, of the present. The MediaTek Pentonic 2000 is a chip built with 7 nanometer lithography and is intended to support televisions that offer 8K resolutions and refresh rates of up to 120 Hz.

It seems that MediaTek has wanted to go with everything with its new processor and, the truth, it makes sense looking at the current generation of consoles. Both Xbox Series X and Play Station 5 They are capable of offering up to 120 frames per second, so it is almost mandatory to have a panel in which to enjoy them.

Of course, the 8K resolution is still virtually unknown and there are few native content with that many pixels. According to MediaTek, its Pentonic 2000 has a multicore that integrates an artificial intelligence engine capable of scaling low-resolution content in the best possible way.

Read:  new leaks point to Mediatek processors and panels at 120Hz for the month of November

In addition to the advantages in scaling and refresh rate, the MediaTek Pentonic 2000 It has support for UFS 3.1 storage which will allow access to data much faster than before. Connectivity also comes with an improvement to match the situation and will support Wi-Fi 6E and up to 5G via SIM.

At the moment there is no television company that has ventured to confirm that it will mount this processor in its new televisions so we will have to be careful to see who is the first.