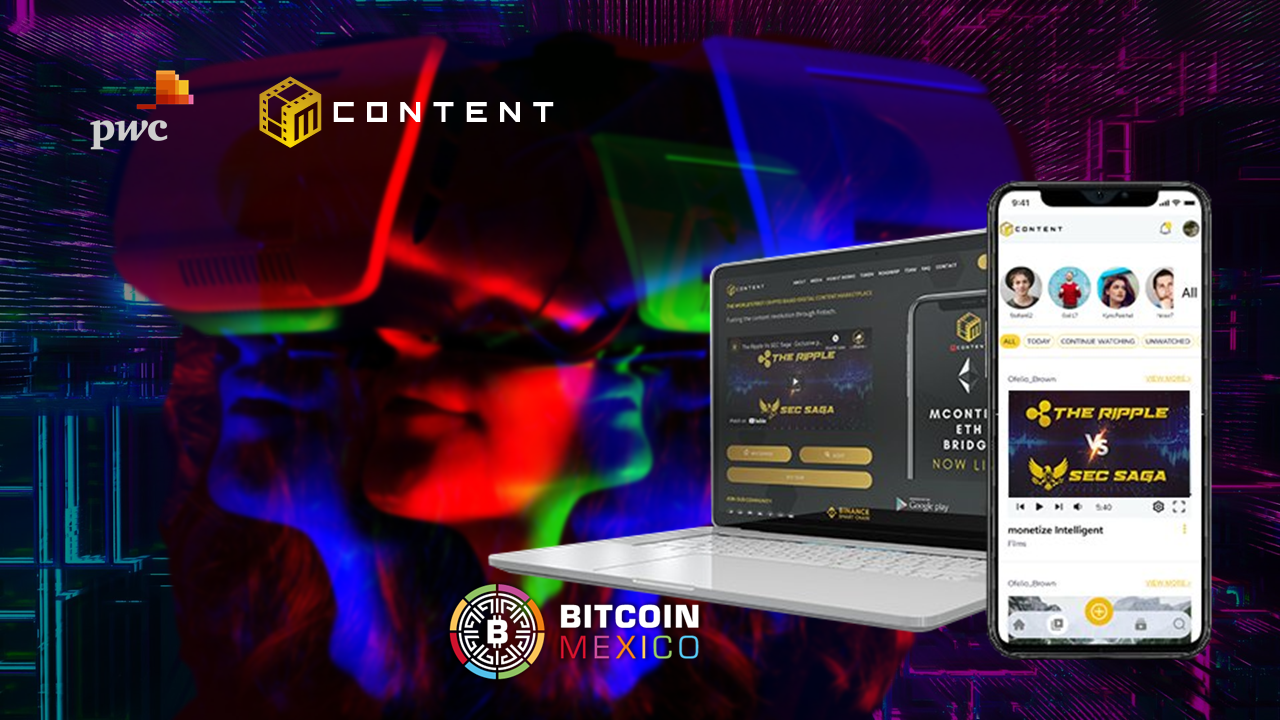 Nowadays, thanks to technological advances, the creation of multimedia content for different channels such as Facebook, Instagram, YouTube or TikTok among others, is really easy, very different from the 90’s when the main channel to create content , if not the only one, was television.

However, because the content available on the web is an immense sea of ​​options, it is necessary to create quality content to stand out from the rest. In this sense, a good number of content creators (both for networks and for cinema), are restricted in terms of creativity, given that, due to their economic situation, they do not have the necessary resources to make their projects a reality. or ideas.

It is at this point that the firm makes an appearance MContent, a platform that intends to create a collaborative workspace, where content creators can see their dreams come true.

With this in mind, MContent recently announced the launch of its Cineverse service cwith which the firm wants to bring the magic of cinema to practically anyone, anywhere in the world and at the time they want.

It should be noted that the implementation of this project was possible thanks to the collaboration of the emerging technology teams of PwC Middle East.

The presentation event was held at Palm Jumeirah Dubai, where the consortium also unveiled its first original co-productions: “Ripple vs. SEC Saga” and “El Salvador vs. World Bank.”

However, the presentation of said contents was anything but ordinary, since, according to BitcoinNews, the premiere was held with a group of spectators sitting in front of the ocean, each one of them carrying a virtual reality (VR) viewer, with which they were able to enter the immersive proposal of Cineverse

This launch was also possible thanks to the participation last January of one of the business conglomerates of the United Arab Emirates, with a presence in the automotive, real estate and financial services sectors, Gargash Group.

Read:  Sending remittances in bitcoin to Mexico is now possible through Coinbase

The business group announced in early 2022 that it had made a significant investment in MContent, the first tokenized content ecosystem on the globe, which aims to transform the current content situation worldwide.

MContent was developed with the intention of turning content viewers into owners of the same, allows community financing of film production and exhaustive content creators, through digital assets, non-fungible tokens and Cineverse.

In this regard, the consortium has already financed 11 film projects on four continents. With this background, the firm now intends to increase the implementation of decentralized financing in content creation through the use of the analog economy of Cineverse.

The founder and CEO of MContent, Umair Masoom, spoke about the potential of the platform in the current context. He pointed out that the new proposal for an immersive cinematographic experience, created in conjunction with the firm PwC, has the strength of international scalability to achieve mass adoption.

Many would first think of testing this type of project on a smaller scale, however, MContent has thought further, which is why it decided to bring Cineverse to a global audience, because that way, has the possibility of increasing financing and projection opportunities for a large number of independent filmmakers around the planet.

Entertainment begins to migrate to the digital world

PwC Middle East Emerging Technology Leader Reza Essop pointed out that The launch of this platform is a clear example of where content and its creators are moving, that is, to the digital environment.

Understanding therefore the market trends, MContent decided to define a practical application of the emerging technology in conjunction with blockchain, non-fungible tokens and extended reality (XR).

“We are proud to have enabled the creation of this vision of cinema and digital content in general, as well as supporting it through a sustainable commercialized economy that has the potential to benefit many, as well as becoming a turning point for other innovative efforts.Essop said.

PwC and the crypto world

Likewise, the consortium, through its subsidiary in Hong Kong, also has investments in digital plots within The Sandbox metaverse, in addition to making use of a series of virtual technologies to respond to commercial problems.

With this, little by little the metaverse is entering more and more into the different activities of human activity, with the aim that practically all our activities are carried out in a virtual environment without leaving home.