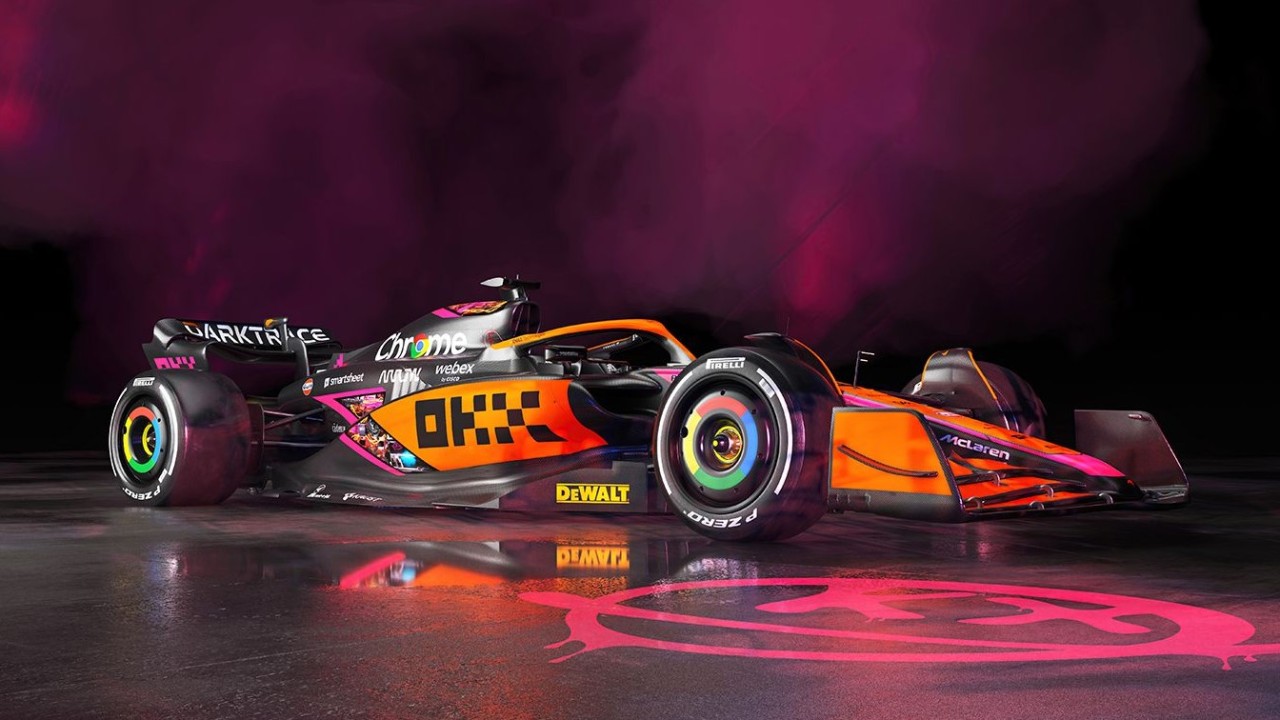 The British team embraces the ‘cyberpunk’ aesthetic for the return to the Middle East, with a new livery dominated by neon pink and cybernetic motifs on both the car and its drivers’ suits. It will premiere at Marina Bay and will also be worn at Suzuka.

After a prolonged absence of three years, the return of the quintessential night race in Formula 1 It seems to have stimulated the imagination and creativity of the teams and drivers when choosing the special designs that will be worn at the Singapore Grand Prix. And if you add to this the similar return of one of the most beloved circuits on the calendar at the Japanese GP… One of the most outstanding and surprising variations, without a doubt, is the one that McLaren has chosen to adorn its MCL36 on both dates.

Described as the decoration ‘Future Mode’ (future mode), the Woking formation adds to its distinctive papaya color a prominent neon pink hue present on the front of the vehicle, the sidepods, the upper part of the air intake and the rear spoiler. In the latter case, it only covers the typography of OKX, the sponsor responsible for this color change, and which occupies a considerable space on the pontoons on black.

these shades of pink temporarily shift decoration to blue ‘New Blue’, reminiscent of his association with the Gulf oil company. In turn, they are complemented on the pontoons with what McLaren describes as “dynamic, cyberpunk-inspired engine artworkOverall, McLaren describes this livery as an “efferversescent design that represents the emergence of new technologies in the region, with a look to the future inspired by the skyscrapers of Singapore and Japan.”

Read:  Japan will design its sewers with art from the Gundam anime
Also read:

Similarly, both Lando Norris and Daniel Ricciardo they will also wear jumpsuits inspired by the ‘cyberpunk’ concept of decoration, in his case even more accentuatedly, by incorporating robotic motifs on one of the sleeves, one of the legs and the upper part. In the case of Norris, he will be in a blue more similar to the one the car usually has, while his Australian teammate will wear purple as a flag on his