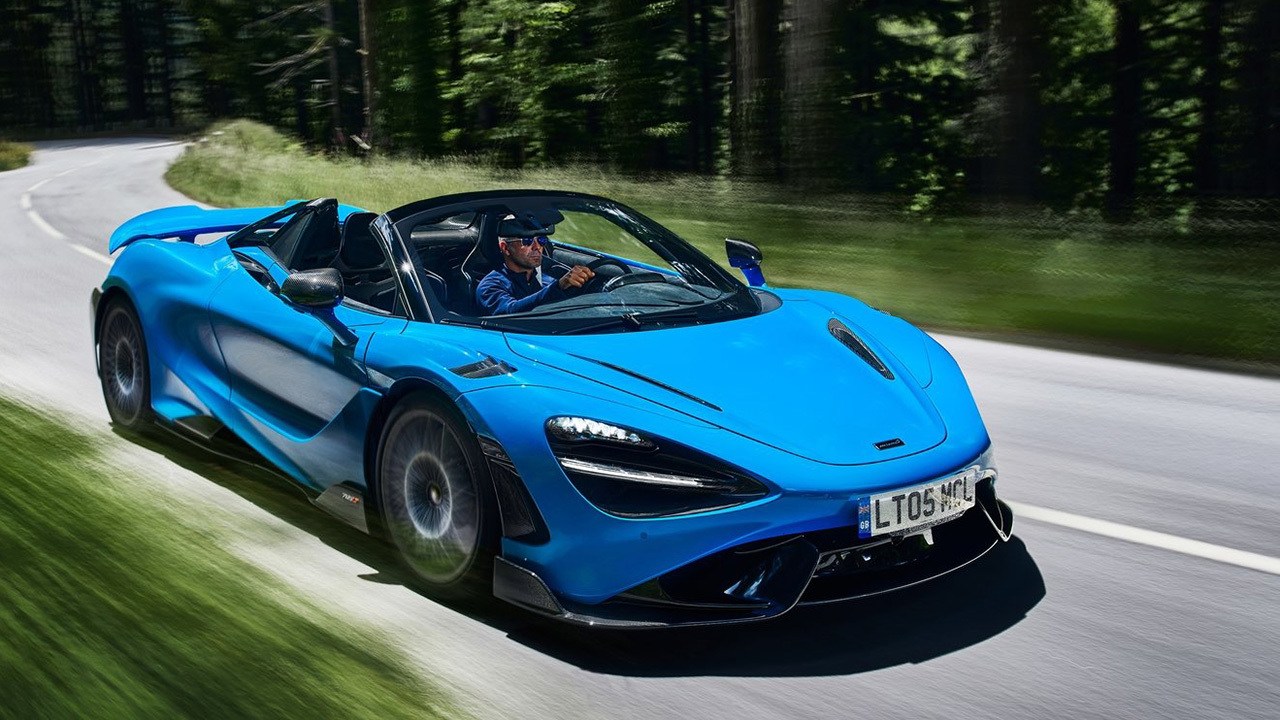 McLaren has unveiled the most powerful convertible supercar in its history. The new McLaren 765LT Spider. A real beast on wheels. Production will be limited to a low number of units. The “heart” of this model is a powerful V8 engine that reaches 765 hp.

The new beast on wheels signed by the British firm McLaren has been presented in society. The new McLaren 765LT Spider has been unveiled in style. A model that bursts onto the scene boasting of being neither more nor less than the most powerful convertible supercar in the history of McLaren. A particular title that will be proudly worn by a model that seeks to take the driving experience of a car to a new level. Mclaren longtail.

An emotional design coupled with a minimized weight, track-focused dynamics and aerodynamics worked out to the smallest detail. The new 765LT Spider maintains all the capabilities of the coupe model intact while offering a plus thanks to the possibility of driving in the open. And how could it be otherwise, exclusivity will be guaranteed thanks to only a small volume of units will be manufactured.

The convertible roof of the new McLaren 765LT Spider

The McLaren 765LT has been the starting point for the development of this new convertible superpower. The appointed Longtail with a coupe-like bodywork, it offers an extremely interesting weight-to-power ratio. Something that has been transferred to the new body variant. And it is that, McLaren points out that the increase in weight has been minimal. Specifically, the 765LT has ‘Fattened’ only 49 kg to be able to have the capacity to remove the roof.

The British brand has opted for a retractable hardtop. The weight of the new 765LT Spider is 1,388 kg. The retractable hardtop is constructed of carbon fiber and has an electric drive. The roof can be opened in just 11 seconds even while driving as long as it does not exceed 50 km / h. The rear window can be lowered even with the roof raised.

The Carbon fiber MonoCage II-S structure It has been developed together with the monocoque of the 765LT Coupé and shares the vast majority of its structural elements. The strength and rigidity of the structure are such that no additional reinforcement is necessary compared to the coupe. At the rear of the vehicle, the carbon fiber structural supports are fully integrated into the chassis to offer protection against rollover.

The ‘diet’ the new McLaren 765LT Spider has been subjected to

There are many components that are made with carbon fiber. It is a star material in the new 765LT Spider. Front diffuser, front bumper, lower door wings, side skirts, rear bumper and active rear spoiler, all of them use the mentioned material. Hood, front wheel arches, exterior door panels and rear wheel arches use lightweight aluminum, but are optionally also offered in carbon fiber. Such is the premise of maintaining a contained weight that the air conditioning system and the sound system are optional.

READ:  The average age of the Spanish car park exceeded 13 years in 2020, the commercials are not better

Special mention should also be made of the ultralight alloy wheels
wrapped by about Pirelli P Zero Trofeo R tires developed especially for this beast. In addition, through these tires the high-performance brakes are exposed. It includes the carbon ceramic discs of the McLaren Senna, 60% more resistant.

When it comes to getting the new McLaren convertible supercar, you can optionally choose either of the two MSO Defined packages that are available. Its about Clubsport Pack
and from LT Black Pack. The first one reduces the total weight and increases the performance on the track through carbon fiber racing seats, track brakes and track telemetry. For its part, the second package brings out its more elegant side by giving certain exterior components a gloss black finish.

The powerful V8 engine of the new McLaren 765LT Spider

In the guts of the new 765LT Spider is its “heart.” It is a powerful 4.0-liter V8 Twin-Turbo gasoline engine that develops a power of 765 hp and 800 Nm of maximum torque. It is associated with a seven-speed SSG automatic gearbox. This mechanical set allows you to accelerate from 0 to 100 km / h in 2.8 seconds while the maximum speed reaches 330 km / h.

Acceleration from 0 to 200 km / h is completed in 7.2 seconds while it only takes 10 seconds to complete the quarter mile. And although it is not a determining factor when buying a car of this nature, it should be noted that it declares an average fuel consumption of 12.3 liters per 100 kilometers according to the WLTP cycle.

It is possible to adapt the behavior of the 765LT Spider depending on the conditions and the type of driving to be carried out. The transmission and suspension characteristics can be modified through the Comfort, Sport and Track modes of the McLaren Active Dynamics panel.

The production and price of the new McLaren 765LT Spider

The new 765LT Spider is now on sale at official McLaren dealers. The order book has been opened. The starting price is € 425,000. Now, if your wallet allows it and you are interested in getting this new supercar, you should bear in mind that production will be limited to 765 units. All the production planned for this year 2021 has already been sold.

WHAT HAPPENS WHEN YOU QUIT SMOKING?