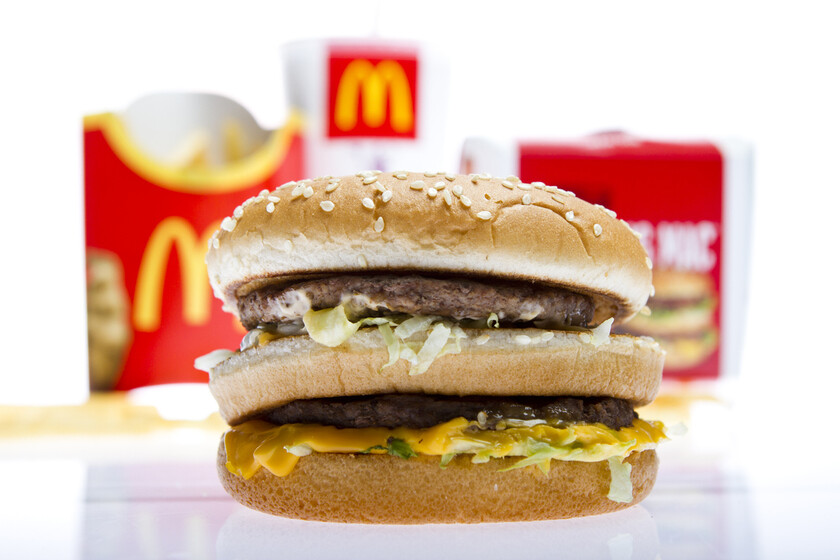 When in the equation we join a country in love with litigation and excessive advertising that advocates huge hamburgers, it seems clear that one and the other are doomed not to understand each other.

It has happened in the United States, where several consumers, according to reports The Wall Street Journalhave denounced the fast food multinational McDonald’s for advertise hamburgers larger than they really are.

The estimate assumes that the hamburgers advertised 15% to 20% larger than they really are. It doesn’t happen only to McDonald’s, but also to the Wendy’s chain, popular in the United States although in Europe it happened unnoticed.

Specifically, the efforts of the litigants are focus on the classic cheeseburgers of both companies, which they accuse of certain misleading advertising. It’s not the first time, he explains TheWall Street Journal, Well, the same three law firms that are now pursuing McDonald’s and Wendy’s in New York state courts have already done the same in Florida, only on that occasion the efforts focused on Burger King.

@Wendys this is supposed to be your new Bourbon Bacon Burger??! This is not worth $9. Y’all tripping. Look at this… pic.twitter.com/4K97t5uAIn

To the plaintiffs’ regret, the lawsuit against Burger King was dismissed, so everything would indicate that the same will happen with the New York case. Plus, it goes without saying that it’s not just the burger makers who get caught up in these lawsuits.

In the information quoted from The Wall Street Journal I also know mention other companies like Subway or Kellogg’s, where the former did not include real tuna in their tuna sandwiches or, in the case of the breakfast company, their strawberry Pop-Tarts are mentioned which, ironically, did not contain strawberries either.

Pictures | istock
In DAP | The largest order in history made in a single McDonalds: 3,200 hamburgers for a prison
In DAP | McDonald’s closes its 850 restaurants in Russia due to the invasion of Ukraine