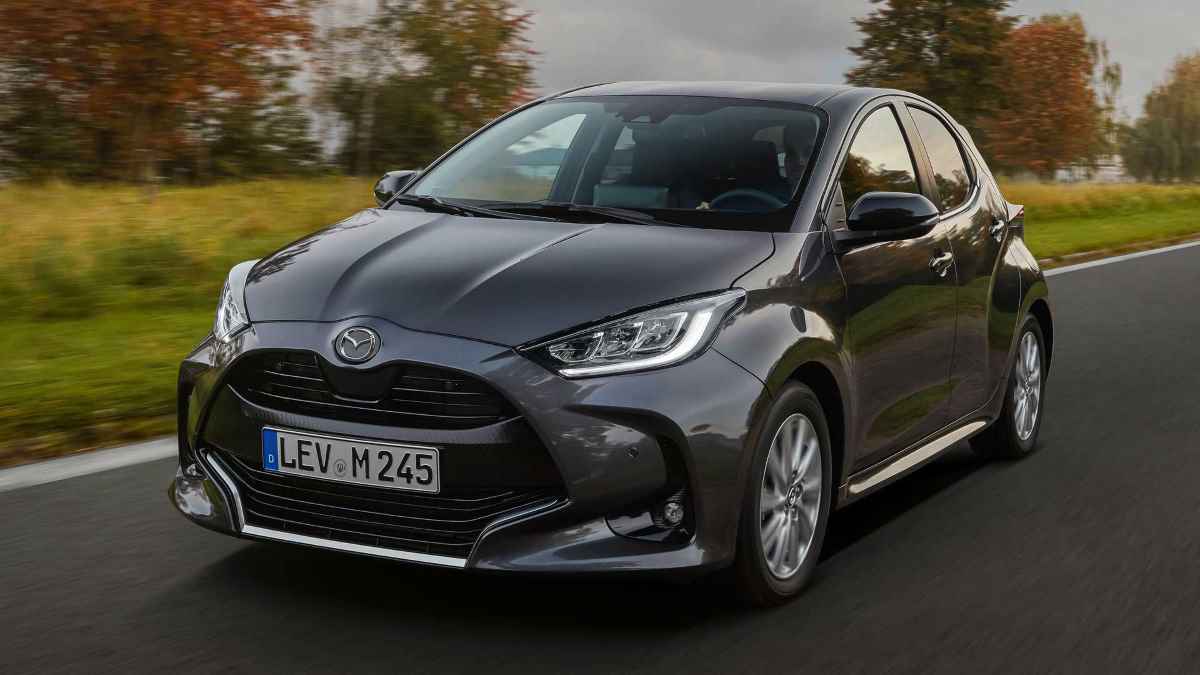 The new Mazda2 Hybrid is a Toyota Yaris with another logo. But with the same 116 hp hybrid engine and its ridiculous consumption of 3.8 L / 100 km. So it will continue to be a very interesting option for those looking for a small car.

A agreement between Toyota and Mazda, for the European market, has resulted in this new Mazda2 Hybrid which is actually a Toyota Yaris with really small gears. We already knew that it would happen like this and it has finally been confirmed: the logos have hardly been changed, and a couple of more details, but it is still exactly the same subcompact with hybrid engine and some benchmark consumption in the market.

The previous generation of the Toyota Yaris –in North America- it was basically a Mazda2 ‘remarked’, but with this 4th generation Mazda2 Hybrid, and for the European market, things have changed. As we progressed, the first hybrid Mazda in Europe is basically a Toyota Yaris with its own logos. And it comes to join the mild hybrids already available from Mazda, as well as to join a range in which a whole family of plug-in hybrid models will arrive very soon.

Index hide
1 New Mazda2 Hybrid: 116 hp with hybrid engine and ridiculous fuel consumption
2 Will we see something like a GR Mazda2 Hybrid?

Exactly like the Toyota Yaris, the new Mazda2 Hybrid It has a mechanic composed of a heat engine and an electric motor, both connected to the front axle and providing 116 hp maximum power. The thermal engine on which this hybrid mechanics starts is a three cylinders of 1.5 liters of cubic capacity. And the whole is associated with the already known transmission eCVT from Toyota.

Read:  The ancestor of the Dacia Logan is transformed into a modern and technological car

This mechanic has two strong points, which are consumption and emissions. Regarding consumption, homologous 3.8 L / 100 km according to the WLTP cycle; and only 80g / 100km of CO2. On the other hand, it accelerates from 0 to 100 km / h in 9.7 seconds and has its maximum speed set at 175 km / h. Data that is not especially relevant for an urban approach model, but there it is.

What the Mazda2 Hybrid is the range of finishes and equipment, which will be made up of three options: Hybrid Pure, Hybrid Agile and Hybrid Select. At the moment it has not been detailed what the equipment of each of these finishes will be, and we still do not know what the price of the Mazda2 Hybrid will be in Spain. What we do know is that it will be marketed in Europe –and therefore also in Spain- from the spring 2022.

Will we see something like a GR Mazda2 Hybrid?

In Toyota’s sports model range is the Toyota GR Yaris, which has achieved so much success in a very short time, but a priori there will be nothing like a GR Mazda2 Hybrid. I mean, we shouldn’t expect a sporty version of the Mazda2 Hybrid. Why? Because, in reality, this strategy is focused on reducing costs, on covering a market that Mazda no longer covers. reduce emissions as an automobile manufacturer.

Last chance! Get Audible free for 3 months with Amazon Prime

“We need more players to improve before the market ends”

Trailer for WeCrashed, the miniseries that tells the story of WeWork