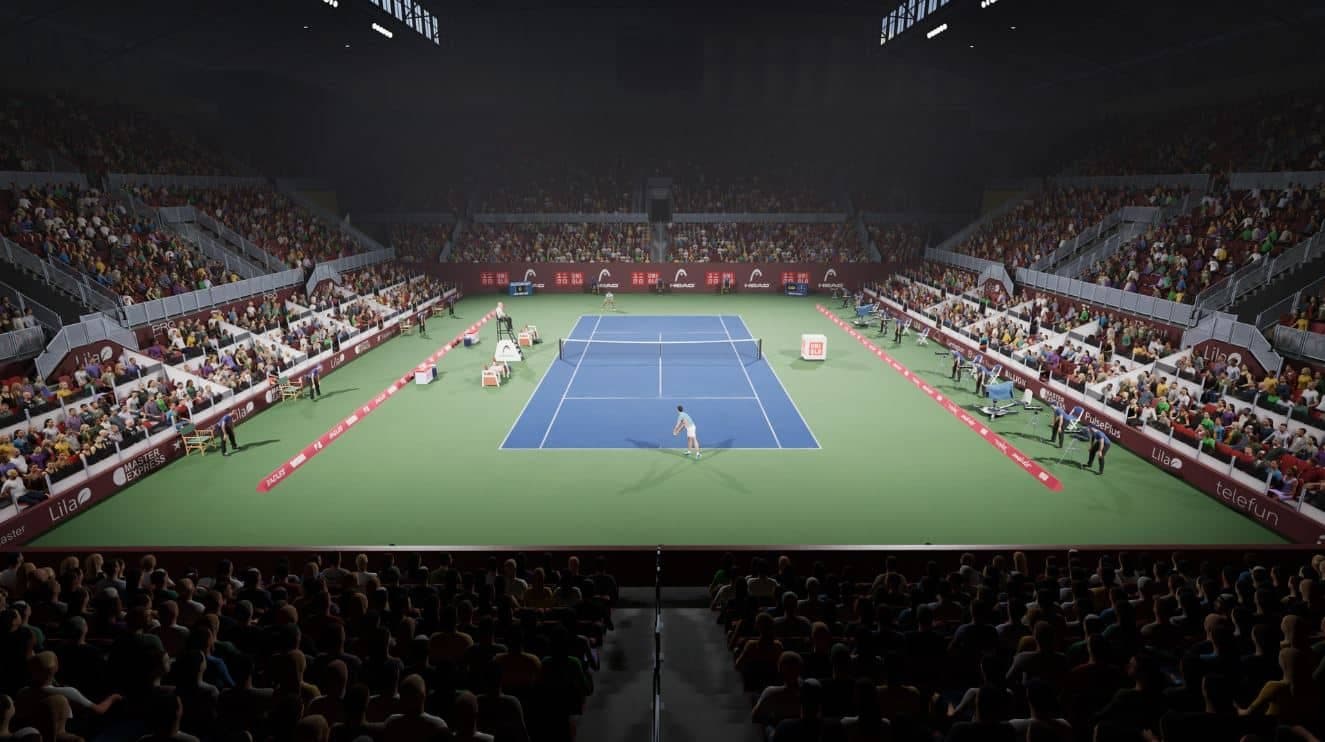 Tennis video games have not exactly been a constant in recent times, so it is always positive to see developers and publishers betting on a title of these characteristics and with a simulator vocation in these times. In this sense, today we present our Matchpoint: Tennis Championships review for Xbox Series X after having offered you some first impressions last June and after having delved into his proposal in recent times. A work that comes from the hand of Torus Games and Kalypso Media and that launches it to Xbox Game Pass, an incentive for subscribers of the service.

To answer the question you want to know the answer to (is Matchpoint: Tennis Championships a good tennis game?) we have to make use of the hawk eye tool and check if the ball has bounced on the line or if it has gone out. And it is that Matchpoint has very good things and others not so good. Let’s start with the first. The Torus Games title has, above all, a very fun gameplay that becomes strong in the simplicity of its proposal. We have several types of hits: normal, topspin, lob, drop shot, etc. But the most interesting thing is its main mechanics, that of the placement of the hit that we are going to make.

Matchpoint invites us to “move” a marker through the part of the rival’s court that indicates where our hit will be directed. We must do all of this while trying to put as much force as possible into the hit and move our tennis player in the right direction to be able to reach the ball that the opponent has sent us. What may seem complicated at first is not so complicated and in a couple of games you will have it mastered. That is precisely one of the problems of the game: its lack of difficulty.

The aim, once controlled, allows us to take the ball exactly to the right point where we place it. That rewards player accuracy, but also greatly limits gameplay. Everything is perfect shots, there is never a ball that hits the net, there is never a bad shot that sends the ball to an unexpected place. To this we must add an AI with problems and with a lack of level. The game features three difficulties: Rookie, Semi-Pro, and Pro. At the highest of all, winning matches becomes a chore soon after you start playing, which reduces the thrill of facing the machine. The AI ​​also has imprecision phases. One in which he gives you all the points of a game by sending his remains out or one in which, desperate for some points, he constantly climbs the net, making the task even easier. In fact, the difficulty is so low that you don’t even need to use all the hitting types. With the basic and normal you can win any match without too much complication.

In addition to the aforementioned gameplay problems (an otherwise very fun gameplay) Matchpoint: Tennis Championships suffers from a patent lack of content. Regarding the single player modality we have Tutorial, Practice and Training which, with variations, becomes the same several times. We also have a mode called quick matchwhich allows us to play by choosing a tennis player and conditions against the AI ​​or against another player locally and, finally, we have the mode my trajectory. This modality, the most interesting and profound, invites us to create our own tennis player and start a professional career from the bottom of the ATP ranking.

Read:  The arrival of a new game mode in Halo Infinite is filtered

We can carry out training, exhibitions, participate in all kinds of tournaments and progress, getting trophies and climbing the ranking until we face the best in the world (at least those who are in the game). My career has the interest generated by the gameplay. If you find it easy to win the matches, it may lose the excitement quickly for you. This is the full list of tennis players available from launch at Matchpoint: Tennis Championships: Amanda Anisimova, Andrey Rublev, Benoît Paire, Heather Watson, Kei Nishikori, Nick Kyrgios, Carlos Alcaraz, Casper Ruud, Daniil Medvedev, Garbiñe Muguruza, Hubert Hurkacz, Hugo Gaston, Madison Keys, Pablo Carreño Busta, Taylor Fritz, Victoria Azarenka and Tommy Haas and Tim Henman as incentives for the special edition.

Much of the appeal of Matchpoint: Tennis Championships is probably in its online mode, where we can play friendlies against other players from around the world or qualifying matches to improve our online ranking. However, for obvious reasons, we have not been able to test this feature and will not be able to do so until the game is officially available starting today. However, and given the lack of AI level, we have no doubt that the most fun of the Kalypso Media title will be in this section.

Graphic section and influence in the game

The return of tennis games to the media front page was highly anticipated and something that was required from the fans was good eye care. Matchpoint: Tennis Championships has it. The appearance when starting a game is, in general, very good. Whether we play on clay, hard courts or natural grass, the feeling is always very positive. The models of the tennis players also look to a good level, although the faces and animations are far from perfect. In fact, sometimes these improvable animations generate strange situations within the games and that feel artificial.

Worst of all in this regard, however, it impacts the playable field. And it is that we are already playing on clay, on grass or on a hard court, there will be no difference at the level of gameplay. The speed of the ball and the movements to be made are always the same, so the terrain is reduced to a purely aesthetic issue. Something similar happens with male and female tennis players, whose playable differences are minimal, except perhaps for some service power. It is strange, especially considering that the title does not have the possibility of disputing double matchesa real pity.

Matchpoint: Tennis Championships has wickers to be a great game of tennis. Its gameplay is as simple as it is fun and addictive, although it suffers from an AI that is very easy to defeat and lacks depth. The title from Kalypso Media and Torus Games is much more arcadey and less simulator than we would have liked, but it provides an experience accessible to all types of players, which is a great positive point. There are absences such as the possibility of playing doubles matches that have no justification, but the game can still improve a lot in the future.

How much do you save on the Xbox Game Pass family plan?