Home Gaming Master Flow League: EBRO and Pampas will meet in the semifinals after... 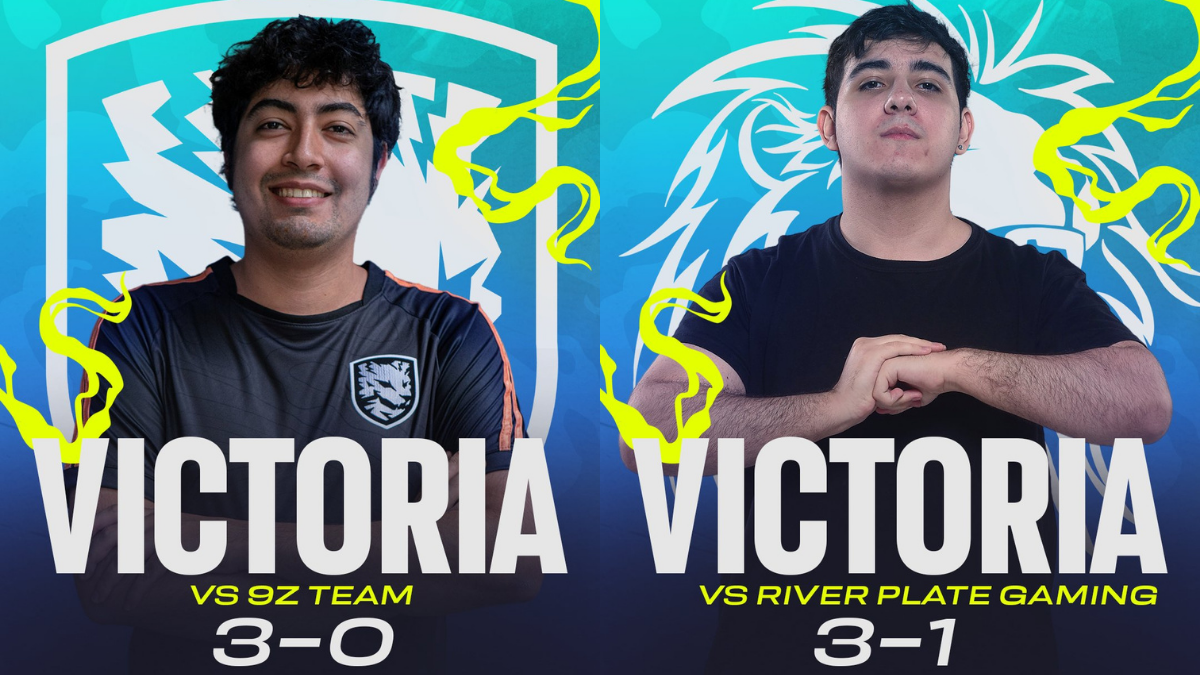 Facebook
Twitter
Pinterest
WhatsApp
Index hide
1 With results 3-1 for EBRO over River and 3-0 for Pampas against 9z, the Master Flow League defined the participants of the second semifinal.
2 Share it with whoever you want
3 Related Posts

With results 3-1 for EBRO over River and 3-0 for Pampas against 9z, the Master Flow League defined the participants of the second semifinal.

The Master Flow League discovered their new semi-finalists, EBRO Gaming and UALA Pampaswho defeated River Plate and 9z without major difficulties. The semifinal duel between the two will be played on Friday, April 8 to find out who will be the rival of Boca Juniors or Leviathan in the end.

In the first series, EBRO started with a loss but found great facilities to reverse the result finishing 3-1 over River. At the same time, Pampas had difficult starts in his games, but was able to emerge victorious in the middle and late game to seal a final 3-0 against 9z.

The bottom lane of EBRO knew how to make differences about the duo of River in early game. But with both squads disputing the neutral objectives, it was the Hecarim of SHOOKZ who balanced the scales. With the dragon soul of the oceans and the improvement of Baron Nashor, the millionaires took the lead in the series after 38 minutes.

Little hit the Corki of @xNobodyLoL 👀🔥

Game 2 got off to a more conservative start where teams didn’t go for skirmishes and prioritized tower gold over kills. After 20 minutes of play the biggest difference in gold was in the hands of EBRO thanks to Corki’s farm Nobody. Although at minute 25 River won a tag team match to secure their third dragon, they failed to transcend. Already at minute 30 with a very scaled Corki and Aatrox, EBRO won two tag team fights to open up the rival base and take down the nexus.

The lions struck the first blow 10 minutes into the third game with a double kill in the bottom lane. Thus they secured their second dragon to begin to decide the match. Even though River punished bad positioning EBRO, could not avoid the dragon soul of the winds. Ahead in all aspects, Brujita Verón’s side easily resolved the match.

In the last best of 5 match the millionaires started ahead with two dragons and several kills. But when it seemed that we would have five games, the Sylas of Nobody and the Aatrox of Akunma decided the result in favor of EBRO. With a quadruple murder of the central lane, the lions closed the pass to the semifinals.

With a cold start from UALA Pampas, 9z got ahead in the early game thanks to a matchup in the bot lane. However, as the foxes warmed up the game quickly went to Pampas in 27 minutes of play.

9z He again showed his greatest effectiveness in the early game with several mid and bot kills. The LeBlanc of 17 It was the engine of the main moves of the violet. However, with the exposed nexus Pampas became strong and based on rewards for objectives and kills evened out the match. At minute 34, after knocking down 3 rival players, the foxes made it 2-0 in the series.

The last game accompanied the dynamics of the series with 9z finding plays and advantage in the first minutes, until pampas reverses the situation with team fights. This time it was the fight for the second dragon that triggered the foxes who finished the game in 31 minutes without a hitch.

The semifinals of the Master Flow League will take place on April 7 and 8 from 18:00. The first day will face the revelation Boca Juniors Gaming with the candidate Leviathan Esports. The next day, UALA Pampas the ticket to the final will be played against EBRO Esports. Follow all the action on the official channels on Twitch and YouTube.