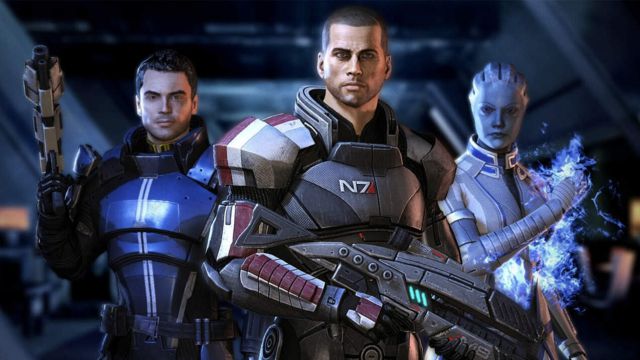 Facebook
Twitter
Pinterest
WhatsApp
Index hide
1 One of the Mass Effect writers criticized the idea of ​​a TV series for Bioware’s space opera. Why? We tell you everything, in this note!
1.1 Why the Mass Effect series wouldn’t do very well, according to a former Bioware writer
2 Share it with whoever you want
3 Related Posts

One of the Mass Effect writers criticized the idea of ​​a TV series for Bioware’s space opera. Why? We tell you everything, in this note!

This week, Amazon announced the production of a series based on Mass effect, probably the most famous saga of Bioware, creators of Star Wars KOTOR and Dragon age. The news, which caught the attention of space opera fans, seems to have not liked one of the writers of the original trilogy.

David gaider worked as a screenwriter in Bioware and, therefore, he was one of those responsible for the section that stands out so much in Mass effect: his story. However, it seems that the announcement of the Amazon adaptation does not convince him too much, but rather gives him “cringe”, which in Spanish translates as a feeling of “someone else’s shame”.

I’m relieved to see that the Mass Effect / Amazon deal is for a potential TV series and not a movie. Even so, the possibility (and likewise for Dragon Age) makes me cringe just a little, unlike many fans who appear… excited?

Why the Mass Effect series wouldn’t do very well, according to a former Bioware writer

One of the first critical points according Gaider Is that in Mass effect, we have the possibility to create a Shepard man or woman, and in the television series it will be something impossible. “For starters, ME and DA have a personalized protagonist” mentioned both about space opera and Dragon age, another famous RPG from Bioware. “Which means that said television series will have to choose whether said protagonist will be a man or a woman. To begin with, you have alienated a lot of fans who had hopes in the game ” adds.

Read:  The nominations of the Golden Joystick Awards 2021 give the first clues of which will be the game of the year

On the other hand, he mentions the lack of decision-making in a passive medium like TV: the impossibility for viewers to build Shepard’s personality and history, which includes friendships and romances. “Those protagonists are designed to be a kind of blank slate that the player fills in with their decisions. That is not going to work in a passive environment, so suddenly, the protagonist will have his own personality … and his own ‘story’. That will be weird “ He says.

“[las tramas de ME y DA] they had to take into account the player’s ability to act. They were a kind of shell on which the player’s emotional commitment was developed, usually through teammates and their own choices. The choice increased the commitment. Interactivity was the star, not the plot “ said Gaider. “If you remove all of that, you lose most of the companions, you can end up with … a fairly ordinary science fiction or fantasy show.”

For now, Amazon did not confirm how faithful to video games the television adaptation will be, and there is even the possibility that it will be reflected much more with the novels of the saga or that it opens its own universe in a different and original way even for the players who played the titles from Bioware.

everything you need to know (whether you are a newbie or...