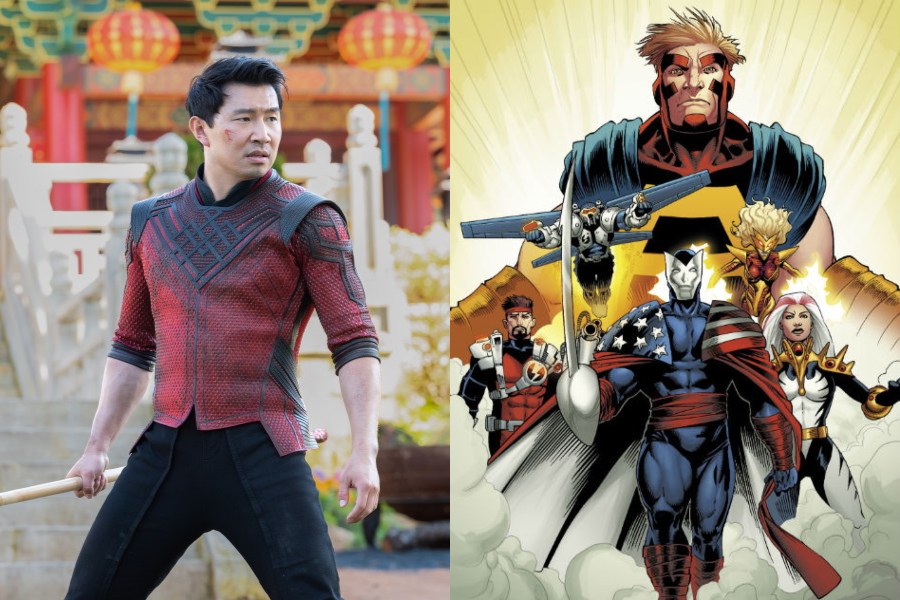 Index hide
1 Marvel Studios projects are moving forward and two of the films that would begin filming from 2023 are the sequel to Shang-Chi and the MCU debut of the Thunderbolts.
2 Thunderbolts, a new franchise in the MCU
3 The Secret Invasion is on SMASH and Marvel Comics Mexico
4 It is also being read

Marvel Studios projects are moving forward and two of the films that would begin filming from 2023 are the sequel to Shang-Chi and the MCU debut of the Thunderbolts.

It is no secret that Marvel Studios is currently developing more than 30 projects, of which details are gradually being known, and two of the tapes that could start filming in 2023 are Shang-Chi 2 and Thunderbolts.

Don’t Miss: How many projects is Marvel Studios developing?

A report held by the GWW site assures that of the films that Marvel Studios has on the agenda, and of which more details have not yet been revealed, it comes to light that Shang-Chi 2 and Thunderbolts are two of the films whose production will begin in 2023

Shang-Chi and the Legend of the Ten Rings became a box office success for Marvel Studios, ranking as one of the highest grossing films in 2021 in the world, taking into account the situation due to the pandemic.

Given this, Marvel Studios did not hesitate to give the green light to the sequel to the film starring Simu Liu, although its release date is not officially known, which would arrive after 2023.

Thunderbolts, a new franchise in the MCU

While on the other hand La Casa de las Ideas continues to explore bringing new stories to the screen, and one of the debuts within the MCU, in addition to the long-awaited return of Fantastic Four, is the entry of Thunderbolts.

In the comics the Thunderbolts are a group of reformed villains under General Ross, who debuted after the events of the Onslaught saga, where apparently many of the Marvel heroes had disappeared after fighting with this combination of Magneto and Charles Xavier.

In the MCU there are villains who are apparently looking to redeem, such as Taskmaster, Ghost and Baron Zemo, who could integrate the first version of the group for the big screen.

Marvel Studios recently released an adjustment to the release dates it had scheduled for 2022 and 2023, and the last film for which its official release date is known is Ant-Man and the Wasp: Quantumania, which will arrive on September 28. July 2023.

You can also read: This is the release schedule for Marvel Studios 2021-2023

The Secret Invasion is on SMASH and Marvel Comics Mexico

The alien race of conquerors known as the Skrulls has been infiltrating our world for decades. They have used their shape-shifting power in order to wind their way to the highest levels of government, the military… and even the superhero community. Is that five-star general who he appears to be? Is it Iron Man? Or is it the Skrulls?

Nobody knows! The Skrulls’ abilities defy all technological and mystical detection. Brother turns on brother and hero against hero as the Skrulls use their positions of power and the most impressive weapon of confusion to launch a massive offensive and conquer Earth! This has been going on for years in silence. But now, the full force of the Secret Invasion is upon us!

SMASH and Marvel Comics Mexico bring you one of the Great Events that defined the history of La Casa de las Ideas: Secret Invasion, authored by Brian Michael Bendis and the lines of Leinil Yu, in an event that is a benchmark for La Casa Ideas.