By CooperOctober 19, 2022No Comments6 Mins Read 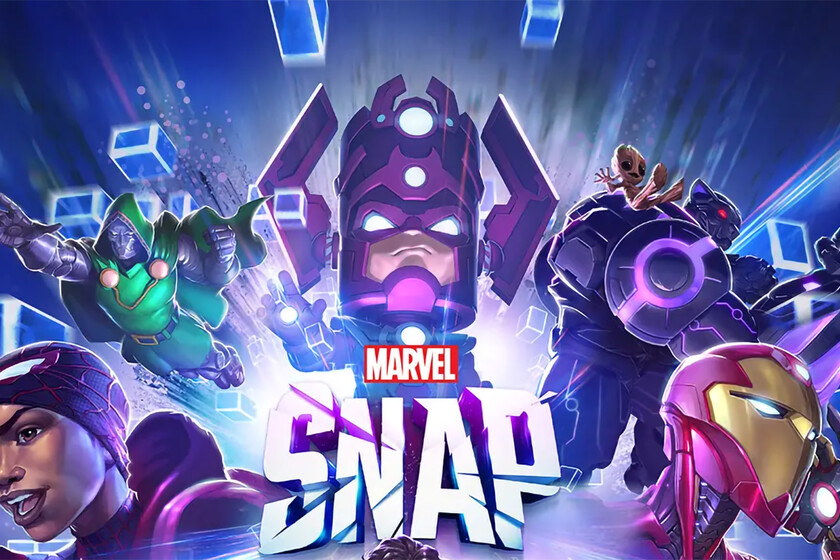 The only thing that sowed doubt as to whether or not it was another quarter-shot was having Ben Brode, creator of Hearthstone, behind him. Yesterday, after months reading the benefits of those who have been able to test the beta of Marvel Snap, his acid test arrived. She had to discover to what extent all these benefits were as good as we wanted to believe.

The best way to summarize the result in a few words is exemplified with that “one more and i quit“that had me yesterday until 1:00 in the morning with a smile from ear to ear. A feeling of wonder and discovery equivalent to that experienced in its day with my first games of Magic, Heartstone or Legends of Runeterra.

Marvel Snap: a card game adapted to this time

However, it is another time, another type of game and a completely different business model. Despite being able to download it on PC, iOS and Android, in Marvel Snap An undeniable aroma of mobile games prevails to a large extent, which its direct competitors knew how to avoid in their day. And that ultimately has a good side and a bad side.

The bad thing is that, blinded by the usual bad practices of this type of game on these platforms, there is an entire community that will probably end up closing in on the idea of ​​giving it even a chance. There are not a few who, because of being “a mobile game“, great jewels continue to be lost.

The good news, on the other hand, is that Marvel Snap It shows that it has embraced the best of both worlds, and also had the courage to take it a step further in terms of design and business model. Don’t let anyone be wrong and don’t let appearances deceive you. This is a great game that we hope we can enjoy for years.

With small decks that open the door to a thousand and one experimentations, and short games that in just a few minutes will be ready and sentenced, Marvel Snap It’s one of those games that you start with the idea of ​​covering a gap of a couple of minutes, but they have enough potential to keep you glued to the screen for hours

The key, in addition to that speed and accessibility in what are rules that could not be simpler and better defined -Marvel Snap is about controlling three positions and trying to score as many points as possible in at least two of them-, it is in the randomness that the rules of those mentioned positions contribute in each new game. Foundations capable of breaking any goal based on unexpected changes that mean that no two games are ever exactly the same.

It is not a matter of the cards that you draw or stop drawing -in fact, playing decks of just 12 cards gives enough wings to do it with a strategy in mind and that the vast majority of occasions the plan comes out at Milhouse’s request-, the twist on Marvel Snap is that the aforementioned areas have their own rules and they vary in each game. In some, for example, we can only play cards until turn four. In others, on the other hand, all the cards that are played there with a certain ability will see their power doubled

Read:  Meta Quest 2 will increase its price on all models, but will give away one of the best VR games in exchange

The idea not only implies that you constantly have to adapt to both the opponent’s deck and the rules of these areas, they also enhance the surprise factor and an additional randomness capable of causing a rotten deck to end up biting the dust for not being able to adapt to the situation.

And with a devastating beginner deck that has been a great help to me during these first hours, I have experienced firsthand how those rules of each location can completely turn a game around. And frankly, despite having suffered it, I think it’s a fantastic idea.

Best of Marvel Snap – No Envelopes

But none of this would do much good if Marvel Snap we had to bring up the debate on business models again. This, which had absolutely all the numbers to be another slot machine with a zillion premium coins and random colored envelopes, actually has a progress system that seems to me to be the most transparent and accurate.

Here the cards are not acquired based on envelopes, nor can they be bought at random in the store forcing a hypothetical pay to win. While it is true that you can accelerate your progress with real money to expand your collection faster, or add cosmetic variants of the main cards, in essence it all comes down to playing games, completing challenges, and leveling up on a bar. of progress that will deliver fixed and more or less random cards to everyone equally.

Beyond what you want to invest in a battle pass -which, unlike usual, only lasts a month, I still don’t know what to think very well about that- the entire collection of cards from Marvel Snap can be achieved by progressing. And with games of just six turns that take up no more than a span of two to three minutes, the truth is that, at least for now, it seems like a fairly affordable challenge.

There are hours to put into it, cards to get, and decks to create, to finish giving a verdict in the form of analysis, but beyond having an interface on PC that is uglier than a foot, the truth is that Marvel Snap I can only say nice things. In the end, my turra of these last months was not very misguided. Tremendous game has fallen from the sky.