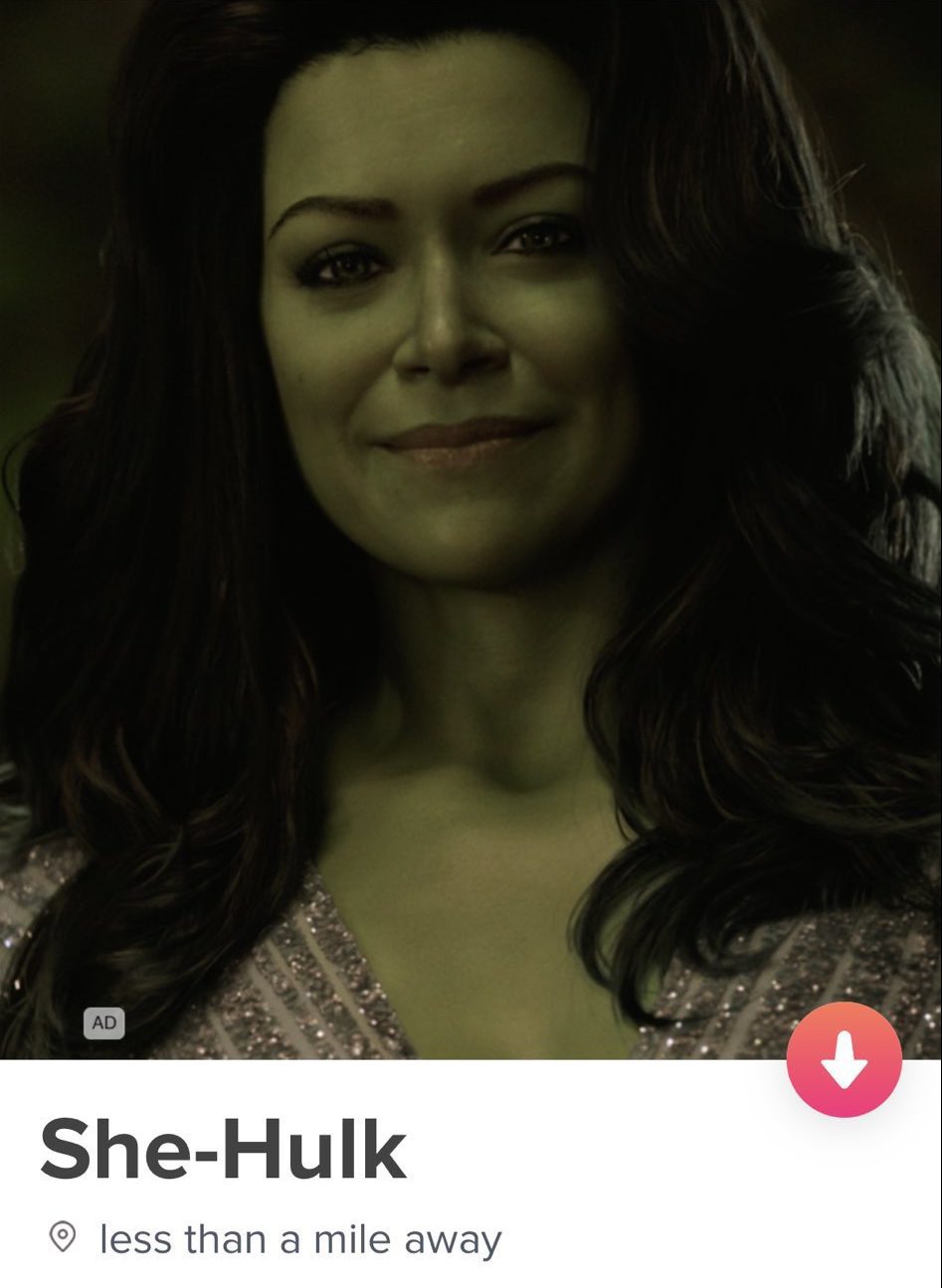 A post about “SHE-HULK” It is going viral on social networks and it is that a few days before the premiere of the series on Disney +, which is just around the corner and presents a new character that mixes the best superhero series with the best series of lawyers, a peculiar announcement about its promotion has been noted and this time it was through Twitter.

Apparently, Disney + is taking another step in its advertising and this time it is venturing into the virtual dating space of Tinder . As we all know, Tinder is a dating app to meet close people with whom there has been a mutual interest . When there has been that mutual interest, the so-called Tinder MATCH occurs.

That’s when you can chat and start a conversation. If one of the two people is not interested, you will not be able to speak. In that sense, when you MATCH with “SHE-HULK” invites you on a date with her on August 18, 2022 through Disney +.

Read:  What is known about the Alec Baldwin case so far

The rise of superhero movies and series

We now live in a time when comic book adaptations and graphic novels have seized Hollywood and have become fixated on mainstream pop culture. The last decade has seen Marvel and DC the top two companies in the comic book industry (a comic book couple, if you will), producing blockbuster superhero movies that have flooded theaters.

The influx of film and television adaptations of comics What “The Avengers”, “Iron Man” and “The Flash” has created some of the biggest blockbuster movies in Hollywood. The hype surrounding superhero movies has further blown up this seemingly invincible genre, creating a multi-billion dollar industry.

In 2019, box office receipts for superhero movies in the US. USA reached an impressive US$3.19 billion, with shows like “Avengers: Endgame” and “Spider-Man: Far from Home” which performed particularly well among audiences of all ages. As more superheroes are making the leap to the big screen than ever before, the cinematic landscape will likely be dominated by invincible heroes and heroines for years to come.

So it is no surprise that superhero movies and series have become one of the most popular and profitable film genres in the world.

In that sense, throughout nine episodes, Jennifer Walters (Maslany) “SHE-HULK” will star as a lawyer specializing in superhuman-oriented legal cases who must navigate the complicated life of a thirty-something single man who also happens to be a green hulk. She’ll enlist the guidance of her cousin The Hulk (Mark Ruffalo) to help her figure out what being a giant green superhero is all about.