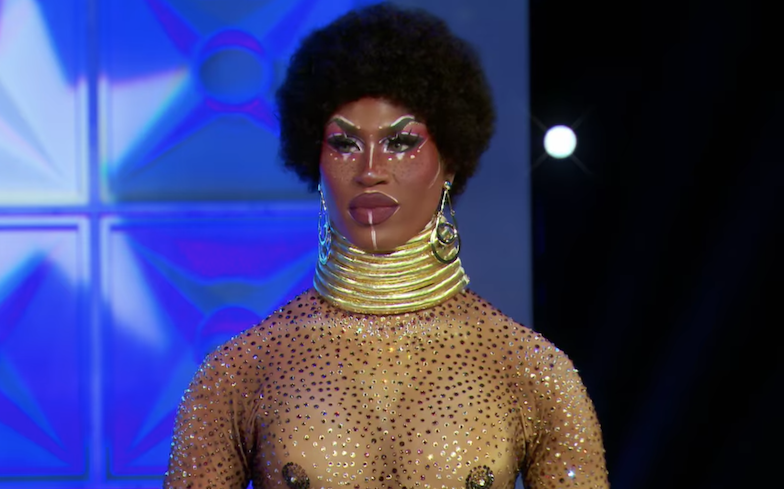 Shea Couleé is now officially part of the superhero kingdom of Marvel.

Marvel has confirmed that the finalist of “RuPaul’s Drag Race All Stars 7” has embarked on the next TV show “Iron heart” of Disney+ as a regular series, although sources close to the project cannot confirm the exact role it will play or if the winner of ” All Stars 5″ will be in or out of drag.

Based on the comic book character of the same name, “Iron heart” follow Riri WilliamsDominique Thorne as a genius inventor who designs an armor that rivals Iron Man’s.

But how profitable is the decision? New data from Google and YouTube show that messages about diversity and equality for the community LGBTQ+, have a widespread impact and some brands like Burger King and Honey Maid they are in the lead.

As more and more attention is focused on equal rights for community LGBTQ+, specifically, marriage equality and diversity in the workplace is influencing the way consumers make decisions.

This is especially among the young; More than 45 percent of consumers under the age of 34 say they are more likely to do business with a customer-friendly company again. LGBTQ+ according to a consumer survey of Google August 2019. Of those, more than 54 percent also say they would choose an equality-focused brand over a competitor.

Read:  who appear from House Targaryen

A new investigation of monash university, published in the Journal of Business Ethics found that movies with LGBTQ+ representation significantly outnumber those with no representation LGBTQ+ when it comes to box office receipts.

“In analyzing movies, we categorized all movies into three categories: non-LGBT+ movies, LGBTQ+-inclusive movies, and LGBTQ+-themed movies. LGBTQ+-inclusive films are those that include LGBTQ+ characters or characters, but do not determine them in the main focus or theme of the film,” says Yimin Cheng, Senior Lecturer at Monash Business School.

“Our findings, analyzing 4,126 movies, show that movies that include LGBT+ earned a staggering 29 percent more box office revenue than movies without LGBTQ+ content.

“With global box office receipts reaching $42 billion in 2019, this means films that include LGBTQ+ are big business on and off screen.”

the bet of Marvel it’s no surprise.

In the case of Shea Coulee We still don’t know his character but it is said that he will be one of the main ones. In fact, the queen already has a special connection to Marvel lore. In December 2018, the comic series “Iceman” introduced a character drag queen called Darkveil /Darnell Wade which was supposedly inspired by various personalities from drag racing, Shea included.

“Darkveil (formerly Shade) was inspired by a lot of drag queens, but I have been expressly quoted as saying that Shea Couleé, Dax Exclamation Point, The Vixen, and Monét X Change were my top choices,” creator Sina Grace previously told the producer. of Drag Race World of Wonder in an interview.

In addition to finishing as a finalist in ” All Stars 7″ Shea previously starred in “Savage X Fenty Show Vol. two” televised fashion show in 2020 in addition to performing in the special “Dragging the Classics: The Brady Bunch Paramount+ ” in 2021.

Certainly Marvel seems committed to continuing to include representation LGBTQ+ in its films, but many disagree with what the company is doing.

Marvel presents a successor to “Iron Man” in the MCU

Marvel saturates the market and “boredom” is reflected in the audience

Marvel joins! Hercules will be bisexual in his cinematic universe