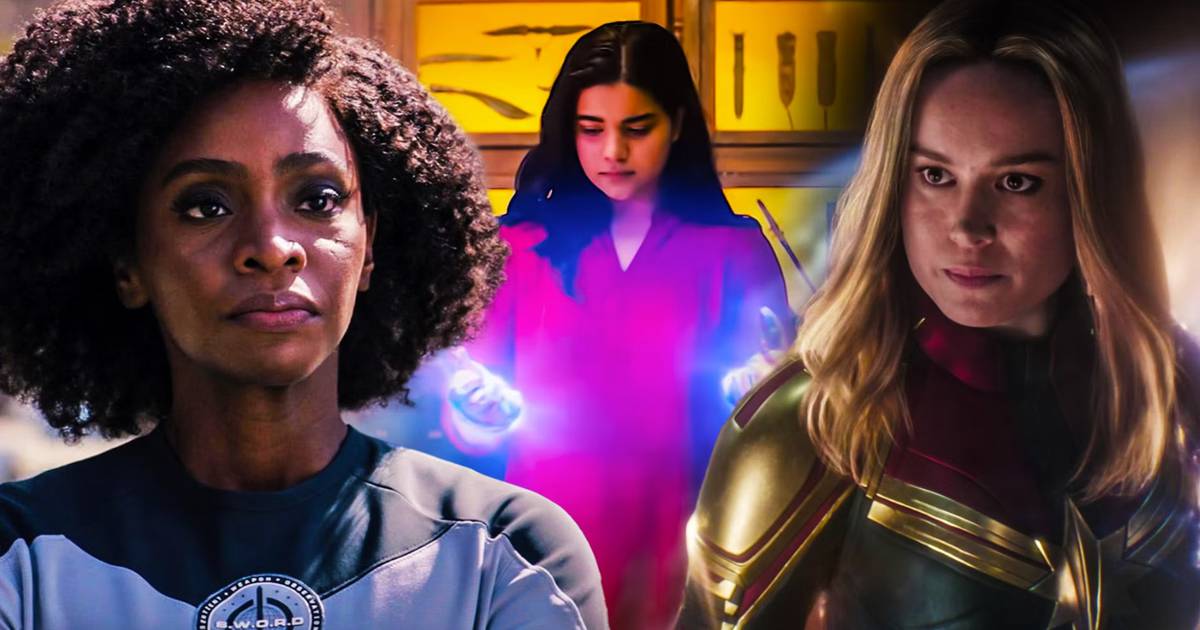 The Marvels It is one of the most anticipated films by fans of the Marvel Cinematic Universe (MCU, for its acronym in English). Previously called Captain Marvel 2, this tape generates so much hype because it will mark the return of Carol Danvers, this time allied with Ms. Marvel, the young Kamala Khan, and with Captain Monica Rambeau, known as Photon.

Between what is known and what rumors assure, Official merchandise has been leaked which, among many other things, means the first look at the three superheroines together and reveals the costume that Rambeau will wear.

As many Marvelites will remember, Rambeau’s character debuted in the MCU in the WandaVision series, played by Teyonah Parris. The introduction of her with her powers identifying her as Photon was brief, unlike Danvers who had her and Kamala’s solo feature, with her own series on Disney+.

Fortunately for fans, a new image of some products linked to The Marvels, via UM Portal Geek, may have offered the first glimpse of Photon’s outfitaccompanied by Captain Marvel and Ms. Marvel.

As can be seen, Carol and Kamala have their familiar outfits, while Monica’s is similar to Captain Marvel’s, but black and white. Spectacular.

What is known about The Marvels

The Marvels is part of Phase 5 of the MCU and is scheduled to be released in theaters on July 28, 2023, during the next summer. Nia DaCosta directs the film, with Brie Larson, Iman Vellani and Teyonah Parris leading the cast.

The cast of the film is also confirmed the participation of Samuel L. Jackson in his role as Nick Fury. IMDb it also casts Zawe Ashton, Park Seo-joon, Luke Dixey, Tony McCarthy.

Read:  Doctor Strange from 1978 wants to take advantage of the success of Marvel Studios

Let’s remember the connection between Ms. Marvel and this tape. In the post-credits scene of the series, lying in her room, suddenly, Kamala’s bracelet begins to shine unexpectedly and the result of that flash is the disappearance of the young woman, but the most curious thing is that, in her place, nothing more and nothing less than Carol Danvers appears.

Upset, the Captain is surprised to find herself in the middle of a room full of photos, posters and drawings of her. “Oh no,” she exclaims, before walking off.

For now, Marvel Studios has not leaked the plot of The Marvels or its official synopsis, but news about this long-awaited film should not delay.