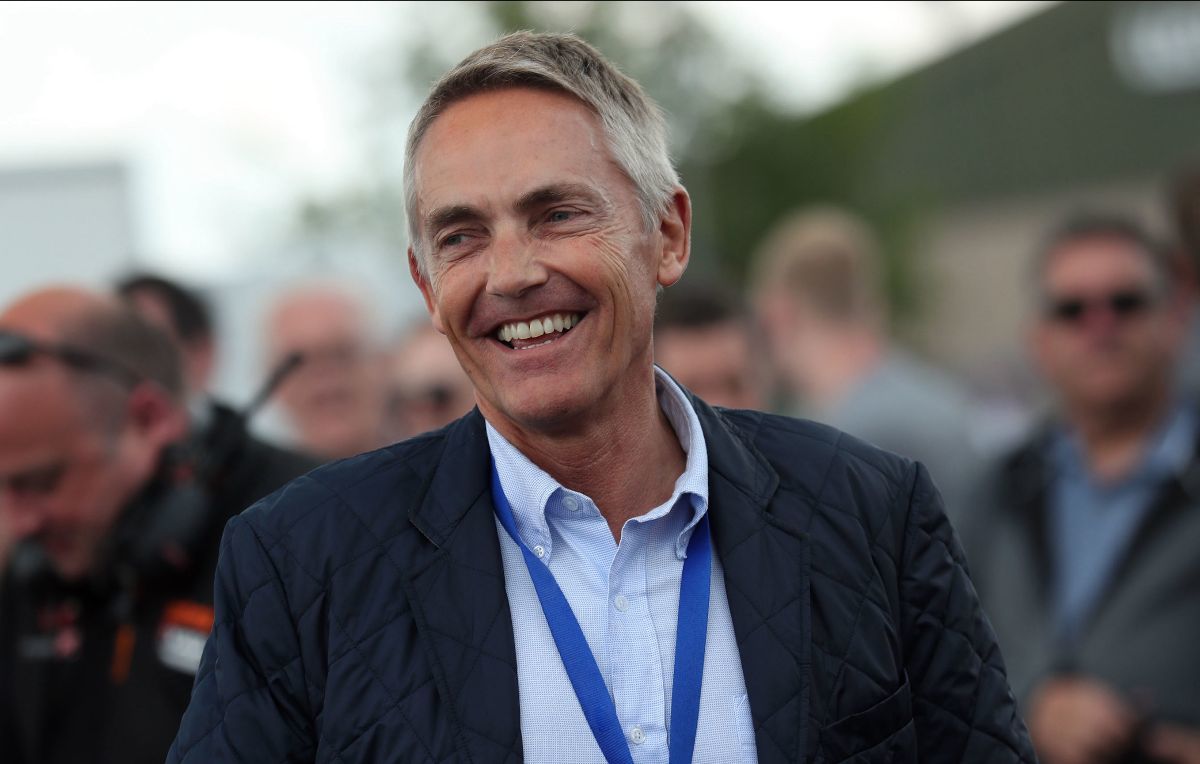 Martin Whitmarsh has been recruited to the new position of Group Chief Executive Officer for Aston Martin Performance Technologies, the business division that will encompass Formula 1 and other group activities.

After 24 years of service to McLaren, Martin Whitmarsh he was relegated from the position of team manager in 2014 as a result of poor results and the progressive deterioration of the British line-up.

Now, Martin Whitmarsh rejoins the Formula 1 through Aston Martin Racing, which has officially announced the appointment of the Briton as the new Chief Executive Officer (CEO) of Aston Martin Performance Technologies.

Whitmarsh is president of BAR Technologies, a technology start-up focused on providing innovative solutions to improve the efficiency of marine products and reduce carbon emissions in the industry.

He is also Chairman of the Offshore Wind Growth Partnership, a company formed with the support of government and industry, and is a High Commissioner of the Lewis Hamilton Commission, which exists to promote diversity and inclusion in the motorsports sector. .

His new position aims to boost Aston Martin Performance Technologies, which will encompass the brand’s Formula 1 activities and will also develop, apply and bring the Group’s technical capabilities and intellectual property to market, with the aim of providing the best innovation, engineering, testing and manufacturing services in a variety of from key industry sectors.

Lawrence Stroll, CEO of Aston Martin Lagonda and Aston Martin Cognizant Formula One Team, said: “I am pleased to announce that Martin will join us as CEO of the new Aston Martin Performance Technologies, effective October 1, 2021.”

“Martin will enjoy the senior leadership responsibility and help me set the new strategic direction for Aston Martin Performance Technologies and its subsidiaries, including the crucial objective of leading the transformation of the Aston Martin team into a winning organization over the next four to five years, and turn it into a billion-pound business over a similar period of time. ‘

Martin Whitmarsh, for his part, said: “I am delighted to have been appointed by Lawrence to the position of CEO of Aston Martin Performance Technologies.”

“I have known and admired Lawrence for many years, and I have always been very impressed by his formidable business acumen and seemingly inexhaustible ambition. In the same way, I have always respected the “Silverstone Team”, if I may call it that, that he has often outgrown his resources in his various previous incarnations, and now has the potential to hit harder than ever. ‘

“Lawrence intends for Aston Martin to win the Formula 1 World Championship, plain and simple, and I would not have joined him in that effort unless I was fully convinced that it was a fully achievable goal. I know what it takes to win in Formula 1 and, inspired by Lawrence’s leadership and backed by the skill, passion and determination of the workforce, I intend to do everything I can to ensure that our team is the winning bet. ”

“Last but not least, I am very excited about the training of Aston Martin’s new performance technologies and excited about the prospect of developing and applying our technical capabilities and intellectual property. as a successful and profitable new business ».