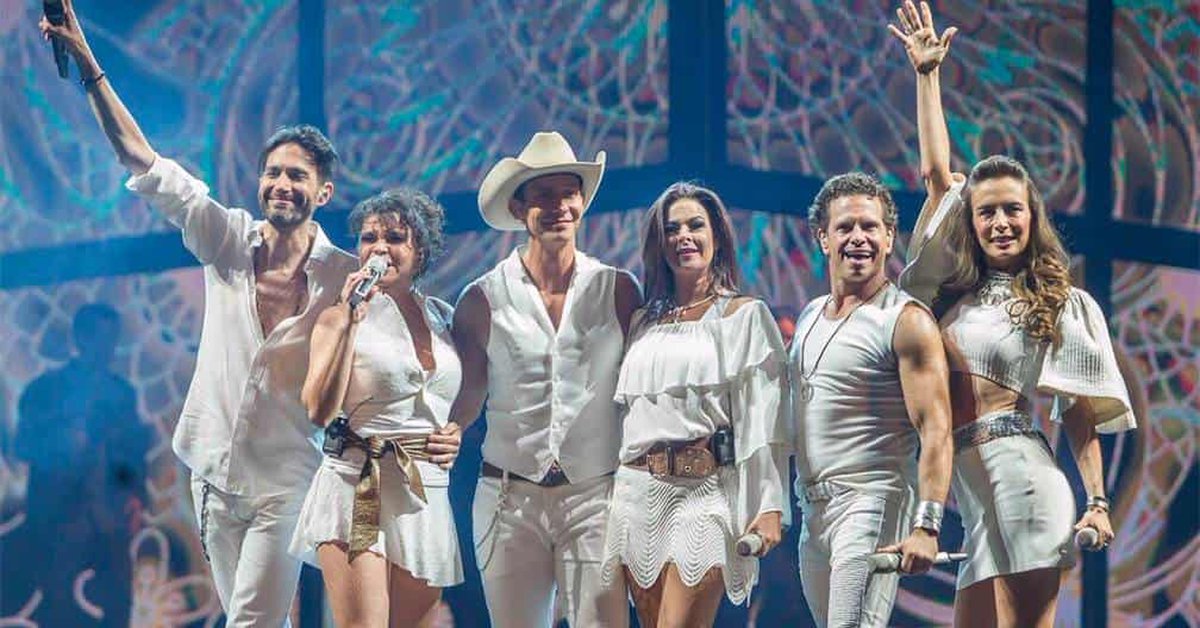 Mariana garza revealed what he did with the Profits obtained during his youth within Timbiriche and talked about the bioseries of the famous children’s group.

Garza actively participated in Timbiriche from the age of 12 until he turned 17, that is, for five years He worked in the musical group with which he became successful as a singer. After that he devoted himself mainly to his acting career, despite this, until today, the group keep generating profit with every meeting.

In this week’s broadcast of Members on Air, Mariana Garza was the special guest and she opened up about some aspects of her singing career and uncovered the earnings she made during her adolescence, when she was in Timbiriche.

Mariana Garza shared that she bought a house and a car with the money earned from her participation as a singer in Timbiriche (Photo: Twitter / @ membersalaire)

According to the singer, currently the only thing that generates profits from the group to which she belonged, are only the royalties generated at each reunion, because the members are not owners, but interpreters. Despite this, Mariana was sincere about what the important pop band left her at the time:

“What I bought was a house and a car. And the times that we have generated income from record royalties, they are the three reunions that we have done. All the royalties of the complete catalog, of all the discs are in the name of a company and not of us ”, the actress also confessed.

Garza clarified that all those albums, catalogs or any type of merchandise referring to Timbiriche does not economically concern her or her former fellow members of the group, because being children when they joined this project, there was no way they could be more meddlesome in the way the money they generated on stage was handled at that time.

Currently, the former members of the group only make a profit from what they gather in their reunions (Photo: Instagram / @ diegoschoening)

Now what have she done, Benny Ibarra, Paulina Rubio, Diego Schoening, Sasha Sokol and Alix Bauer it is to get involved in the entire creative process that each of their reunions entails and from there to generate and manage their own earnings.

Read:  The United States watches "closely" mu variant, but does not see an "immediate threat"

Mariana also revealed that she and her classmates have already started talks about the bioseries de Timbiriche, but since there are several ways to retake the history of their career, unfortunately they have not been able to agree on how or from what angle they should plan it.

“There are various offers, various ways to treat it and we have not agreed, for a change, because in addition to the fact that there are several of us, what we do want is precisely that, if Timbiriche has done what it has done, take care that it is not only a product that reaches the people who grew up with us, or who like the group, but there is something more interesting for other audiences”, Shared the protagonist of To reach a star.

Timbiriche’s history has spanned almost four decades and they plan to bring it to the screen (Photo: Instagram / @ timbiriche_35)

Mariana assured that she is very grateful with what this group gave her during the first years of her career, but there have been times when having been part of Timbiriche hindered her or weighed her down at the time to be able to venture into other areas in the that he knew he would also be successful, as is acting.

For precisely the same reason is that decided to leave the group, as he was at the age in which he was seeking to form his own identity and could not continue his career alone because he already belonged to a project in which several young people participated.

Timbiriche: Benny Ibarra revealed that there will be a bioseries and a new tour
Mariana Garza spoke of her separation from Pablo Perroni: “since I’ve known him I know he’s bisexual”
What Sasha Sokol said about her romance with Luis Miguel and the Timbiriche series