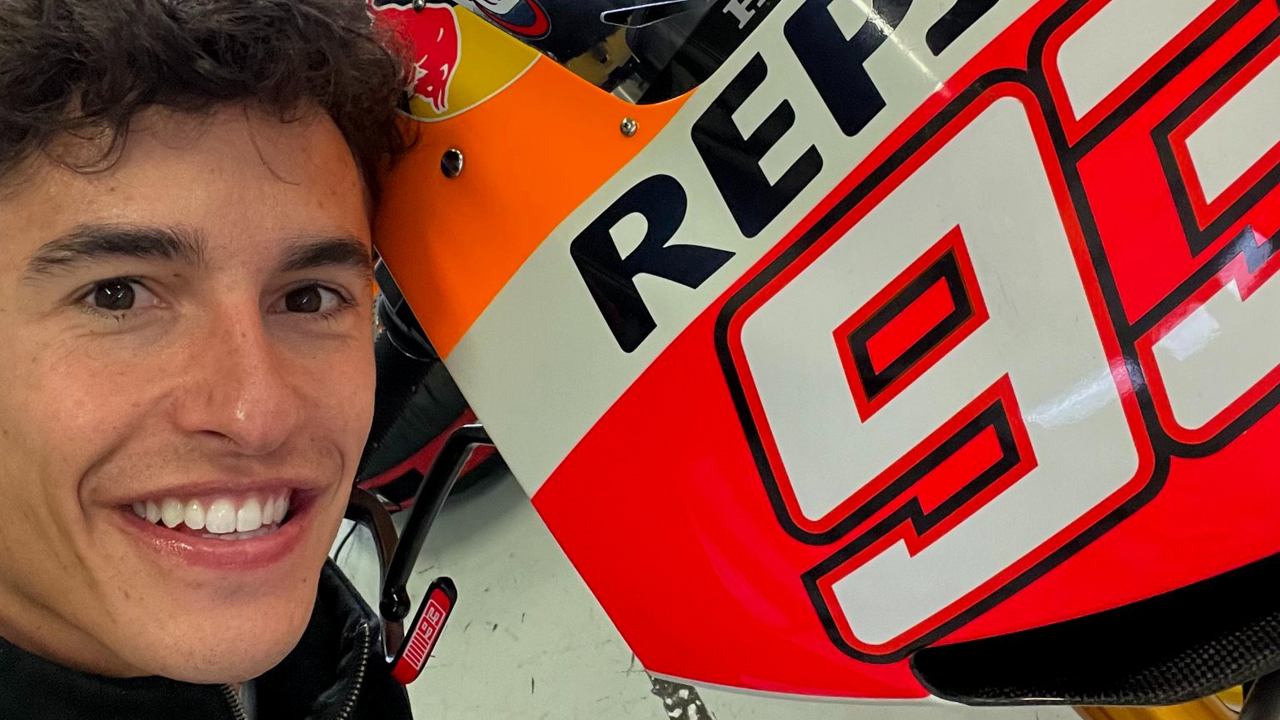 Marc Márquez continues to take steps in his recovery process with the aim of being ready for the MotoGP season that is about to start. Last Sunday I participated in a private test organized by Honda at the Portimao circuit. He returned to shoot on a track 84 days after having done it for the last time on October 24 in Misano, symptom of improvement in visual condition that has kept him away from motorcycles for months.

The Catalan pilot completed a total of 65 laps in three heats of 15 laps and a final of 20. He did it on the back of a Honda RC213V-S, the same motorcycle that his brother Álex uses. This street bike is the one that most closely resembles the one that Márquez will ride in competition. its potency reaches 215 hp and its weight is around 160 kilos. This mount allowed the six-time world champion in the absolute category to reach 300 km/h during the tests.

Taking advantage of his participation in a Honda event, Márquez had announced a few days ago the preparation of this test. Go back to riding at high speed on a World Cup circuit that put your physical ability to the test it was very important. After falling from his motorcycle while practicing enduro at the Pons circuit, Cervera suffered a concussion and a new episode of diplopia. With the pre-season tests just around the corner, it was vital to check where the Spaniard was in a recovery that has lasted more than three months.

The feelings have been positive after the working day in Portimao and Márquez takes another step forward in his goal of participating in the first pre-season tests to be held at the Sepang circuit next February 5th and 6th. This is how the pilot himself has transmitted it through his social networks: «Today we tested in Portimao with the Honda RC213V-S. Everything went well. Happy to feel the sensation of speed again. It only remains that the medical review to which he must undergo yields good results to confirm their presence in Malaysia.

If everything goes according to plan, Márquez will take the start on the first test of the championship scheduled for next March 6 in Qatar. It will be the Catalan’s tenth season in MotoGP after his debut in 2013. He will form a team for the second consecutive year with his compatriot Pol Espargaró, who achieved a podium and a pole position in 2021. Both they will try to offer their best version and give the Repsol Honda team great results after the difficult season that the Japanese manufacturer went through last year.

Fernando Alonso: balance of his return and the mistakes made in F1