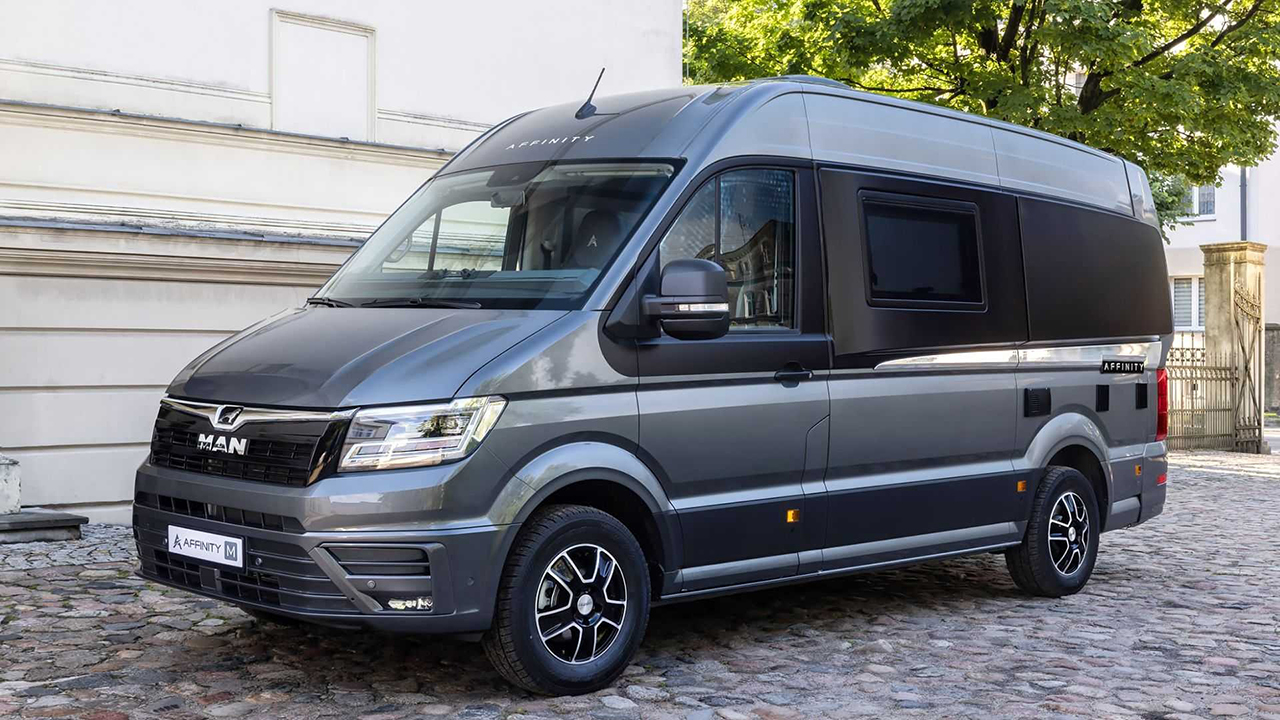 One more novelty of the great motorhome fair presented at the Düsseldorf Caravan Show. The German event has seen the debut of an impressive Camper, one of the most desired options for space and equipment, but only within the reach of very few pockets.

Luxury is not only available in cars, regardless of their format, but they are also entering the Camper field with great force. There are for all tastes and, of course, for the wealthiest pockets that prefer a completely different style to that of the most select hotels. But, the new Affinity M developed by the Swedes from Kabe AB It has nothing to envy to a suite.

The truth is that there is a market for Camper more luxurious, and Affinity M 2022 It is one of the best examples that has been released at the Düsseldorf Caravan Show. The base is the van MAN TGE, an industrial twin of the Volkswagen Crafter, which has been profoundly revised to become a true object of desire. The modifications implemented in the chassis and in the bodywork, especially in the rear part, have made it possible to extend the length up to 6,120 millimeterswith a width of 2,190 millimeters and a height of 2,500 millimeters.

Index hide
1 The Affinity M is a Camper that pushes the limits of luxury
1.1 The Hymer Venture S is a 5-star Grand Luxury Camper

The bodybuilder points out that the MAN TGE offers a level of interior comfort that exceeds that of the van itself and is at the level of the most luxurious passenger cars. An objective achieved despite the fact that it is the first time that the company is faced with modifying this model. But not only that, because the modifications have made it possible to design an interior in which absolutely nothing is missing.

Read:  The Renault Trafic SpaceNomad increases its attractive Camper with an interesting novelty

Although the interior height is 1.92 meters, versatility and practicality are real keys, with a french bed -somewhat narrower than a double- at the back, including a small bathroom with a shower, sink and toilet separated from the rest of the room, as well as a island style kitchen, folding table – with 360º rotating driver’s chair, and light-colored storage furniture. In addition, all side walls feature a internal insulation special to not let pass neither the cold nor the heat.

The Hymer Venture S is a 5-star Grand Luxury Camper

Mechanically, it uses Volkswagen’s 2.0-litre TDI diesel engine with a maximum power of 177 hp and associated with an 8-speed automatic transmission. Enough power to pull just over three tons. A true rolling suite but it has an important point against it, its price. The manufacturer asks for the not insignificant figure of 95,630 euros.

Volkswagen renames Indian T-Cross; it will now be called Taigun.

Anonymous, the new agency for Volkswagen, SEAT and CUPRA

Google is still willing to beat ChatGPT: it develops artificial intelligence that transforms text into music