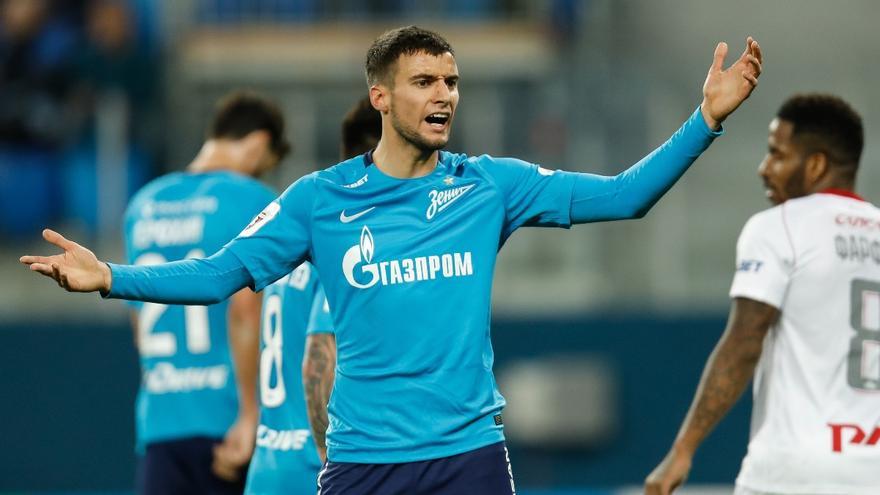 Argentine soccer has a sad history of footballers and former footballers who took their own lives, due to depression, not being able to express their problems, or not being able to face family problems or serious injuries. For that reason, E’s confessionManuel Mammana He again caused a stir and raised the issue of the importance of the work of psychology specialists in football clubs.

Mammana He is close to closing a new bond with River Plate, after having played in Europe for the last five years. His pass belongs to Zenit of Russia but is on loan in Sochi. Among the Millionaires, he generates great expectations since he is a player trained at home, and one of the best defenders that Argentine football has produced in recent years.

But what caused an impact in his country is not the news of his return, but the confession of the 25-year-old defender: Mammana He said in an interview that at the age of 15 he jumped on the train tracks to kill himself.

“Everyone who happened to lose their parents knows how hard it is. And when my father passed away I had the urge to commit suicide, I was about to do something crazy. To throw myself on the train tracks because I no longer wanted to live. And a person grabbed me by the shirt and pulled me back and saved my life& rdquor ;, he told in an interview with Radio La Red.

When he thought about taking his own life, he had already lost his mother. With his father and his brothers they were going through a difficult economic situation in which they became hungry. “I wanted to drop everything. I even thought about quitting football. I wanted to commit suicide not once, twice & rdquor ;.

Read:  A dispute between separated parents ended in a scandal within the exclusive St Andrew's school

Emanuel arrived at the River Plate divisions when he was only eight years old. “At one point I had to go live for almost three years at River’s pension because at home we didn’t have money to go to train or to buy food & mldr; That’s why thanks to River I am what I am& rdquor;, he confessed. After the death of his parents, and trying to commit suicide, he asked for support in the Millionaire club, and with the help of the leaders, his coaches and teammates, he went ahead and was able to redirect his life. “I felt so sad & mldr; But I also realized that I had struggled so much that I had to fulfill my dad’s dream & rdquor; he said.

But that hard experience strengthened him and resignified his life in such a way that he even developed a solidarity project to support the poor children of Merlo, where he was born. There I create ‘I want to play’, with a complex of soccer fields to help low-income children in the area to play soccer. And in which he also performs charity games to raise money for different purposes for the boys in the area.

“As a kid I always dreamed of having my own courts. It was difficult for me until my father-in-law told me that I could take care of them together with my brother-in-law. And solidarity was something that always crossed my mind. As a boy I had nothing. I didn’t have a good time. My dad taught me that when you have a lot you should help those who have less. Nobody helped us. And today I can help& rdquor ;, he said when he opened the complex to Diario Olé.