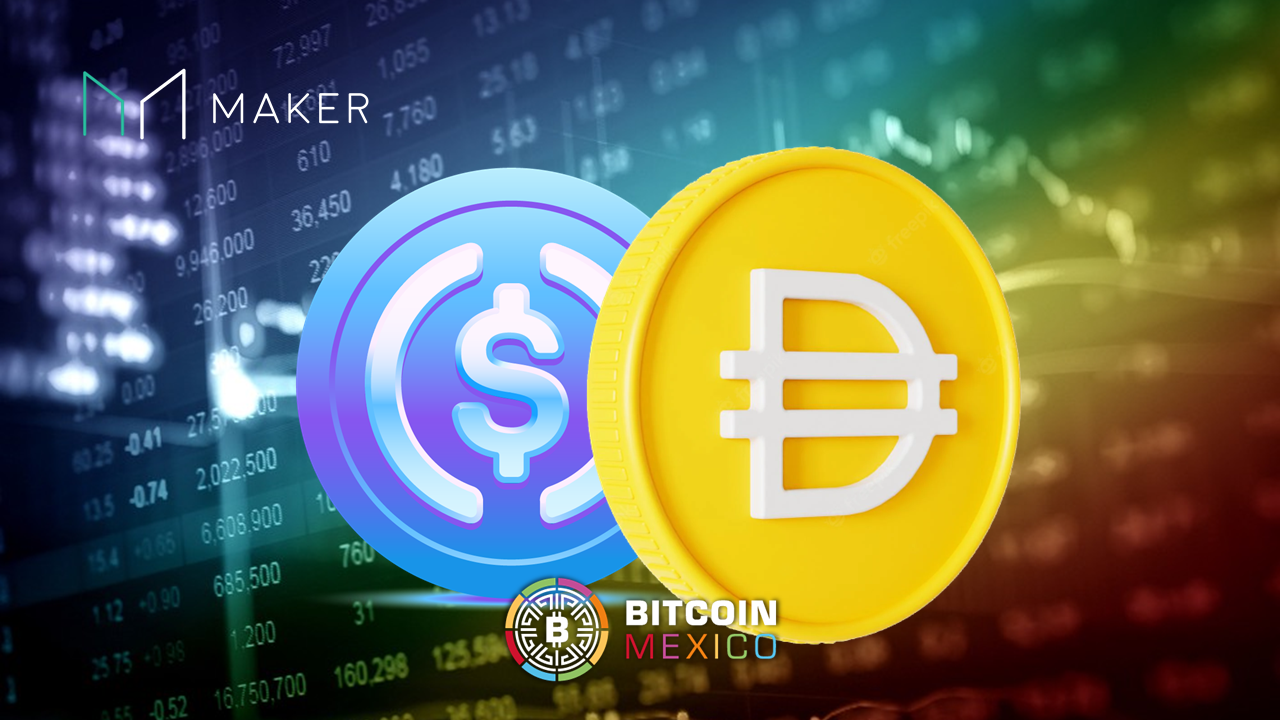 The crypto asset market is once again facing a new adversity as a result of the sanctions imposed on the Tornado Cash mixer and the wallets that have been related to the platform, under the argument of having been used for money laundering.

According to the medium Decrypt, This action by the government has put various crypto wallets on alert who are “they are reconsidering their exposure to centralized resources and products available to the US government.”.

One of these companies is MakerDAO, which is considering decoupling its native, decentralized stablecoin, DAI, from the dollar-pegged stablecoin USD Coin in the wake of Circle deciding to freeze any USDC present in sanctioned wallets.

MakerDAO on track to unbind DAI

On August 11, through his channel DiscordMakerDao founder Rune Christensen noted that the firm will begin a cycle of talks about untying DAI, noting that “it is inevitable that this will happen and it is only realistic to do so with a great deal of preparation”

Without a doubt, a trigger for this action was the fact that Circle carried out the freezing of USDC in the sanctioned wallets since, although Circle was not obliged to freeze the funds, as a North American company, it decided to carry out the measure to avoid having problems with the government of its country.

Through a statement on August 9, Jeremy Allaire, founder of Circle, supported the freezing of any USDC present in the aforementioned wallets, nevertheless, pointed out that such action has the potential to leave a negative mark with respect to the user’s privacy, without a doubt, one of the key points in terms of digital assets is concerned.

“We know that complying with the law and helping to stop money laundering is the right path, in addition to being our obligation as a regulated financial institution”Allaire said in a publication from the firm’s official blog, adding “TWe also know that doing the right thing compromised our belief in the value of open software on the Internet and our belief that the presumption and preservation of privacy should be enshrined as a design principle in the issuance and circulation of digital dollar currencies.”.

Crypto market reacts to possible decoupling of the dollar

People in the crypto community were surprised by the announcement made by Rune Christensen, as the developer of Yearn, banteg, who interpreted the announcement as a statement that MakerDAO would trade all of its USDC collateral for Ether. Upon making such comments, the announcement quickly became a topic of conversation on Twitter, shaking the crypto waters.

Read:  Old bitcoins come out of your wallet after 10 years of hibernation

For its part, Vitalik Buterinco-founder of Ethereum, mentioned that, from his point of view, the action of unpegging the dollar is “a risky and terrible idea”.

“If ETH drops a lot, the value of the collateral would go down a lot, but the CDPs would not be liquidated, so the whole system would be at risk of becoming a fractional reserve” Buterin noted.

“What I actually wrote in the makers government discord was that transferring all stablecoin collateral to ETH would be a bad idea.”he tweeted.

Currently, MakerDAO’s native stablecoin, DAI, a significant part of DAI’s backing is in Circle’s USDC stablecoin, so the company’s decision worries several market members that it could affect the DAO asset.