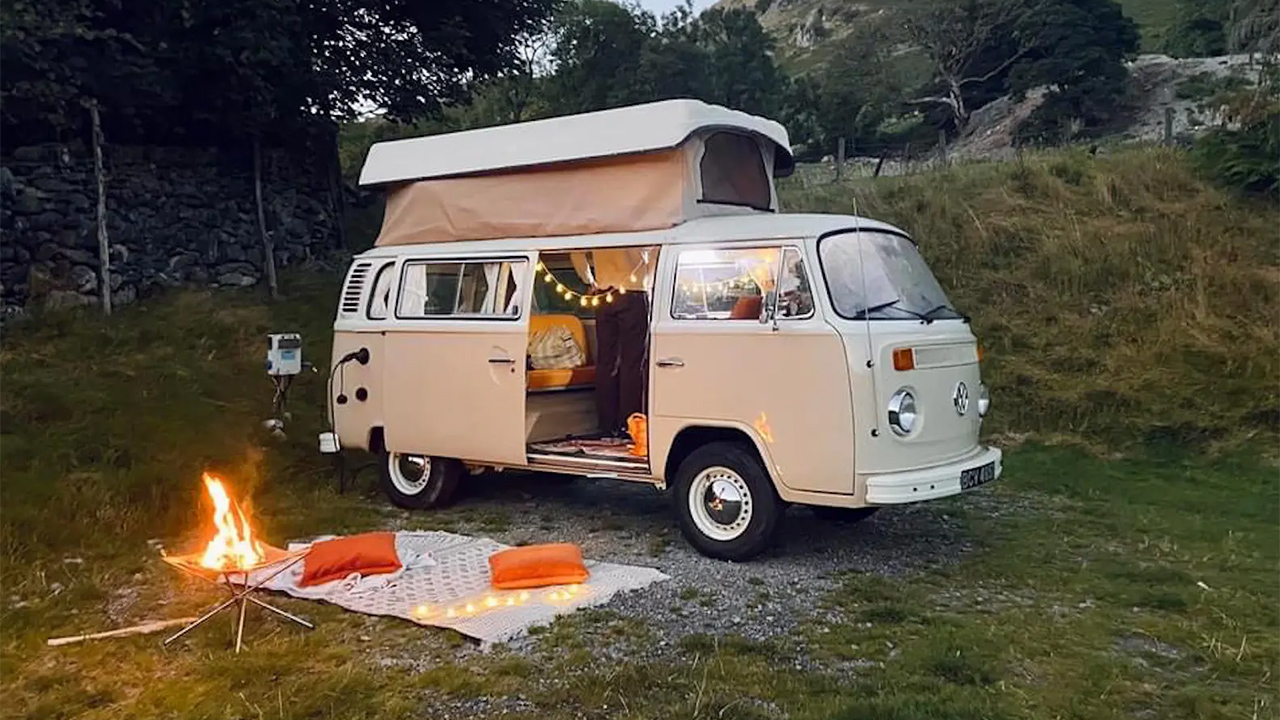 The specialist eDub Services has presented Maggie, a 100% electric camper based on a Volkswagen van and which boasts of using Tesla technology. She stands out for her classic exterior design and for her cabin equipped with all the comforts.

The emerging market for camperized electric vans is called to play a leading role in the short term. As the process of electrification of commercial vehicles and their tourism versions progresses, the number of specialists who decide to bet on this formula increases. One of these specialists to whom we must pay attention for the quality of their work is eDub Services.

This British company has a wide range of products and services that aim to offer the electrification of vehicles to the whole world. One of his latest creations has to do precisely with electric camper vans. It is the new Maggie, an electric camper based on a Volkswagen van and using Tesla technology. Let’s go into detail.

A Volkswagen van and Tesla technology to create an electric camper

The specialist points out that this camper began its life in the United States. And, although she is available to rent in the UK, she is clearly not right-hand drive. Specifically, the vehicle was imported to the UK in 2013. It is the fifth conversion that eDub Services has carried out on a T2 van of Volkswagen. It was acquired by the company in 2021, at which time the transformation process began.

Read:  Your mobile and the Tesla will connect to Starlink without you doing anything

Before going into details about the equipment and amenities available in the cabin, as it is a 100% electric vehicle, we must talk about the propulsion system. In Maggie’s guts lies a 35 kWh lithium-ion battery whose main purpose is none other than to power a Tesla electric motor. An engine that, although originally developing 220 kW (299 hp), has been fine-tuned down to the 60 kW (82 hp).

The power has been reduced due to a matter of autonomy and that, ultimately, a camper does not need so much power. In any case, it is more powerful than an original T2. The autonomy stands at 145 kilometers. Something just right if you want to face long trips aboard this house on wheels. Optionally and for on-demand conversions, eDub Services offers the possibility of equipping a 61 kWh battery that improves autonomy up to 258 km.

Maggie, a 100% electric camper with many amenities

The interior features a simple but effective setup. It has the necessary equipment to go on a trip without giving up the comforts of home. There is a bed full width that unfolds from the sofa, a kitchen unit with induction hob and sinka small fridge and plenty of storage spaces.

What is your price? If you are interested in converting a T2 van into a camper similar to Maggie, you should know that it has a starting cost of around €61,720. A price to which an additional €16,830 must be added if we want the highest capacity battery.