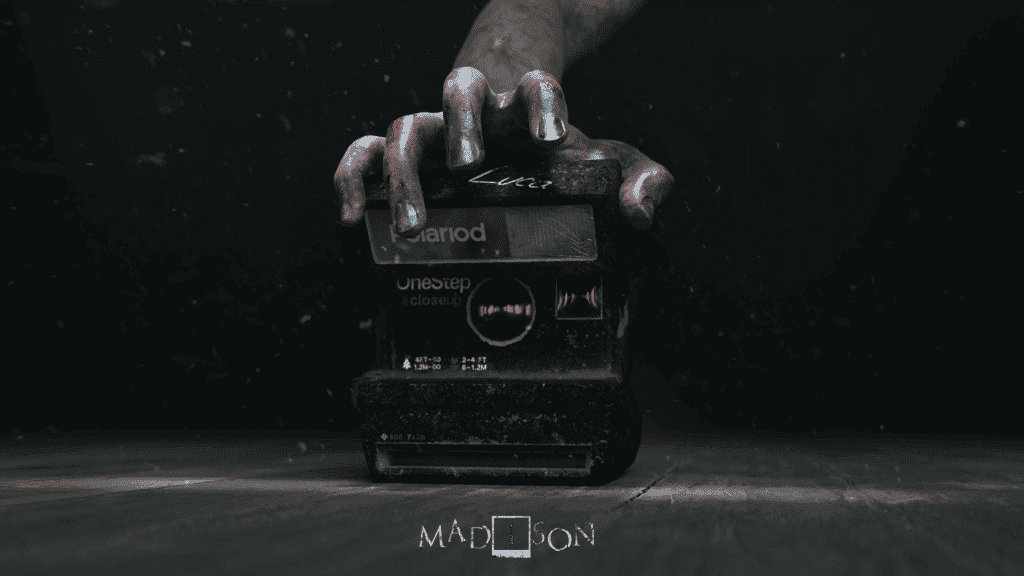 Fans of the horror genre are always hungry for new experiences to creep into their nightmares. Today we have among us one of those proposals. We talk about MADiSON, a horror video game that comes from the hand of the Argentine studio Bloodious Games and that has surprised us for its oppressive atmosphere and for continuing with this new line of horror titles that PT Demo started and that, to a certain extent, has also shaped to the latest Resident Evil. Join us in the following lines to find out what we think of this work in our analysis of MADiSON for Xbox One (played on Xbox Series X, but the game does not have a version optimized for the new generation of consoles).

MADiSON begins abruptly and abruptly. We are in the shoes of Luca, a young man whose father is banging on the door of the next room, wanting to hunt him down and reproaching him for terrible acts. It is then that Luca begins a desperate flight through his house and its surroundings while he tries to find answers to the questions that mortify him. Under this intriguing premise, MADiSON soon introduces us to some game mechanics as simple as effective. Our character can interact with objects, open doors, read documents and, most importantly, take photos with a Polaroid camera that he finds in the early stages of the adventure.

Precisely that camera is the one that gives its name to the heading of this section of our analysis. Because yes, MADiSON is a game of atmospheric horror that makes our hair stand on end on more than one occasion, but to advance in its history we must solve a whole string of puzzles and riddles. Some of them are really clever and intricate and they take us back to the time of Silent Hill, in which you could even use a paper and a pencil to take notes that could be useful or make tests. However, there is a contradictory contrast. Sometimes MADiSON is too guided and other times it’s the opposite, to the point where your progress may depend on finding a tiny object hidden in a dark corner of the house.

Many other times, however, the key to solving puzzles is in the camera. Taking photos of certain places or objects will trigger a series of consequences that could lead to our progress in the game. That is why our humble advice is that if you ever get stuck (something that will happen to you for sure sometimes) try taking a few pictures to see if that was the answer. Be that as it may, the puzzles are without a doubt one of the best parts of MADiSON, although some of them can be frustrating.

One house, many fears

Another of the strong points of the Bloodious Games title is its setting. Going through the house and its labyrinthine rooms, entering the darkness and solving puzzles with the constant tension that an evil lurks behind every corner is a very successful feeling. It is precisely for this reason that it saddens me that during 90% of the game the true terror ends up being based on cheap jumpscares. MADiSON fails to transform its creepy atmosphere into genuine horror, instead choosing to make use of the genre’s most recurrent resource: sudden appearances of a shadowy figure accompanied by a stabbing sound effect at full volume.

Read:  How to edit a PDF in iOS 15 using the Files app

We won’t say when he succeeds, but the truth is that MADiSON does have an absolutely terrifying phase. Terrifying and frustrating, to be exact. We will only tell you that it is worth continuing to advance to reach it. The story, which we have advanced before but which, of course, becomes more complicated as we progress, is not the most original in the world, but it holds up well throughout the six or seven hours that can last you the game and ends up being resolved solidly, although without an impact of those that leave a mark.

Many elements contribute to the atmosphere of the house we walk through, but database sounds are not one of them. Well, actually they are, but the use and abuse of them ends up annoying more than helping. Sounds of doors opening or objects rolling on the floor build up. The problem is… none of that happens in the game. They are just that: sounds. At first you start by turning around to see if there is something behind you. Then you end up ignoring them because you know they are nothing more than artifice.

As we mentioned at the beginning of this text, MADiSON does not have an optimized version for Xbox Series X | S, so in the end we played the Xbox One version. And it shows. The title runs at a low frame rate per second and does not have a very buoyant resolution either, especially noticeable in the subtitles, which are excessively small and not entirely clear. Some texts that, by the way, are in Latin Spanish. On the other side of the coin, we have a more than convincing performance by the actor who voices Luca and who offers us a harrowing and very believable performance.

The technical problems, unfortunately, have not ended there in our experience. madison is a game Very dark, as is the case with most works of the genre. The thing is that surprisingly it does not have a tool that allows us to adjust the brightness and contrast, unlike 100% of the video games that are launched on the market today. In other words, if it looks so dark on your television that you can hardly see where you are moving, you will have to customize the settings from your own device or put up with it. We cannot close without reporting a bug that has greatly affected our experience. By making use of a Polaroid, MADiSON invites us to take photos and shake them to reveal them. However, in our game the photos were not developed and remained perpetually black. The solution was found when consulting the album, but doing it one by one has been a cumbersome process and has tarnished our game.

MADiSON captures all the oppressive and oppressive atmosphere from its benchmark, PT Demo, and takes the experience further with an engaging story and clever photo mechanics. However, he gets too carried away by the easy scare of the jumpscare instead of taking advantage of the fantastic setting that had been built. Technical problems occur, especially on consoles, where the title does not have a new generation version that is missing in terms of performance, resolution and other errors that must be corrected with the utmost urgency. Despite this, MADiSON is an experience more than recommended for horror fansespecially for those who enjoy psychological horror and less focused on action.

Justice for my son – Trailer, premiere and everything about the film