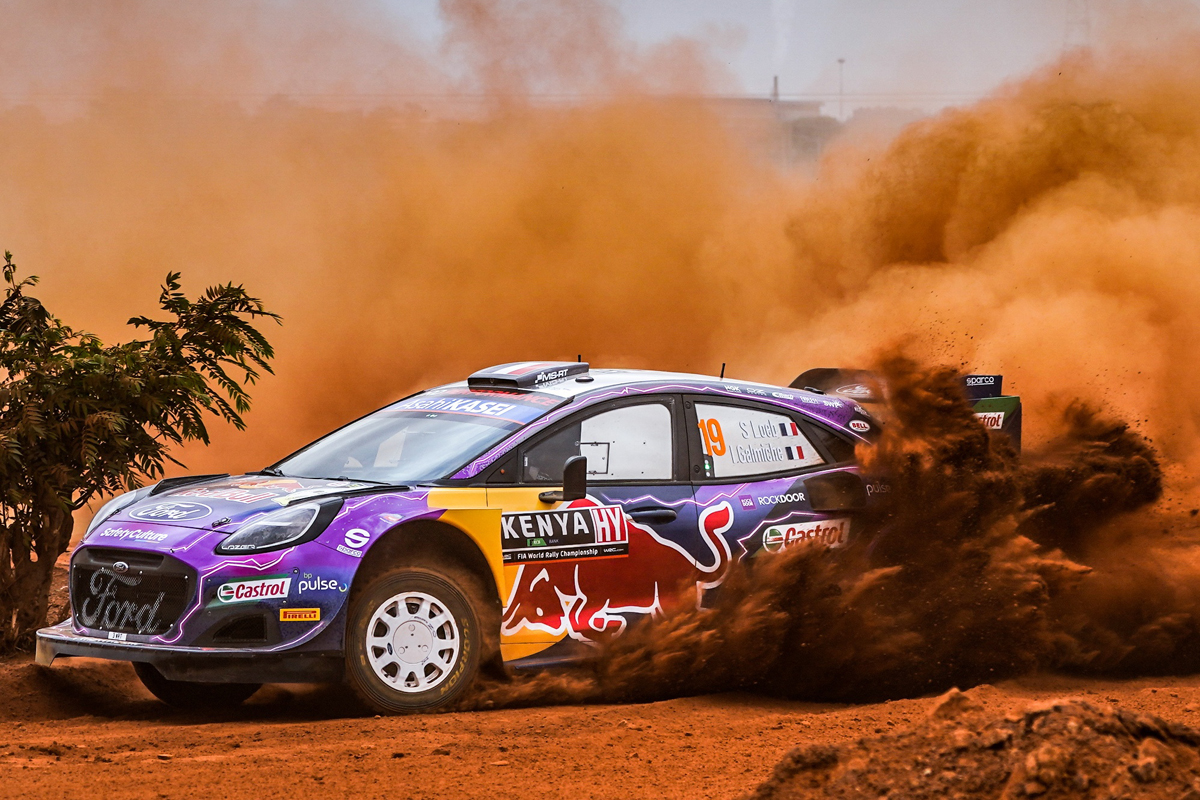 M-Sport had been aiming to compete with five units of its Ford Puma Rally1 on the stages of the Acropolis Rally, but Adrien Foumaux’s accident in Belgium has prevented the young French driver from starting in Greece.

M-Sport had thinking put all the meat on the grill at the Acropolis Rally and compete with up to five units of his Ford Puma Rally1. Craig Breen and Gus Greensmithas well as the French Adrien Fourmaux, Sébastien Loeb and Pierre-Louis Loubet They were called to fight for the honors in the tough stages of the Greek event. Nevertheless, one of them will not be able to compete in the Hellenic eventeven if he is going to do the reconnaissance.

The strong accident of Adrien Fourmaux in the Ypres Rally has prevented the M-Sport mechanics from having his car on time, so the young French driver will not be able to start in Greece. A notable setback for the team that, given the circumstances, deposits a large part of its options in the return of Sébastien Loeb to the competition.

Sébastien Loeb: “I am happy after the test, the car was working well and we are ready for the rally”

Despite his poor run of results, without a ‘slap on the wrist’ by M-Sport, the Irishman Craig Breen He is still the spearhead of the team: «It will be good to return to Greece. It’s an event I haven’t done many times, but I have good memories of there. I got my first international win in my career in 2014 and that was a huge boost for my career.”

Looking to the present, Breen assures that «it’s a tough rally, especially since there are single-use sections. It’s going to be a long recce and a challenging week, so everyone on the team is looking forward to it. The previous test went wellWe had a good feeling with the car and we hope to be able to get a good result again in Greece.”

Index hide
1 The return of Sebastien Loeb
1.1 The rest of M-Sport tricks

The return of Sebastien Loeb

Sébastien Loeb is back for his fourth rally with M-Sport: «Greece is a rally that I have always enjoyed. Now it seems less hard, although there are some sections that we know. It’s not an easy event, but it’s great to drive. I just hope I can start with a good rhythm as I had in Portugal and Kenya, even if things did not end well.

Read:  Lidl makes it possible to buy an (electric) car at the supermarket

«Our pre-rally test went well. The feeling with the car was correct, although we tried to make changes to the suspension set-up, among other things. I am happy after the test, the car was working fine and we are ready for the rally» has added a Loeb seeking his second victory with the Ford Puma Rally1 after the one achieved at the Monte Carlo Rally, while M-Sport seeks to extend its relationship with the Frenchman.

The rest of M-Sport tricks

Gus Greensmith fondly remembers the Acropolis Rally after finishing fifth last year: “It is one of the legendary rallies in the championship. I really enjoyed last year and we had a great result finishing fifth. Being in the top five this week would be a fantastic result. It’s what we want, although the stages are very hard. Hopefully we can do it.”

Pierre-Louis Loubet is the fourth rider for M-Sport in Greece: «I am very happy to compete in this rally, it is a fantastic event. With our starting position and the pace we had in Portugal and Sardinia, i think we can do great things. I will try to push as hard as we have everything we need to do well. I feel more and more comfortable in the car.”