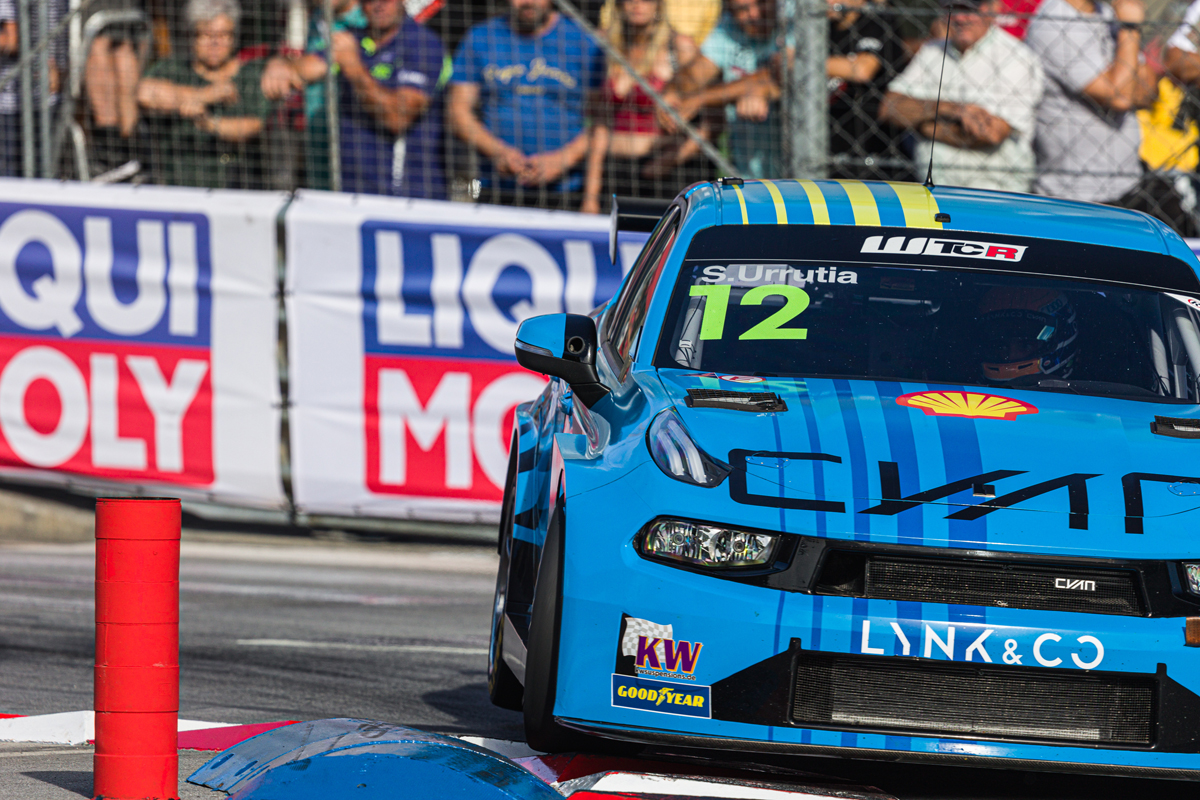 The two free practice sessions of the WTCR in Vila Real have been resolved in favor of the Lynk & Co drivers, with Santiago Urrutia setting the tone in the first training session and Yann Ehrlacher in the second. The Navarrese Mikel Azcona has been the only one who has been able to discuss the dominance of the Cyan Racing drivers and cars, although the BRC Racing Team has had one of lime and one of sand. Azcona’s good work has contrasted with Norbert Michelisz’s accident in FP2.

Santiago Urrutia set the tone in the first free practice sessions of the WTCR in Vila Real after signing a time of 1:59.612 in the complex and fast urban layout. A promising start for the Uruguayan driver, since it is the first time he has competed on this track. In fact, Urrutia was almost three tenths ahead of his teammate Yann Ehrlacher. Behind the two Lynk & Co riders was Attila Tassi with the first of the Hondas. Ma Qing Hua and Mehdi Bennani were in charge of completing the ‘top 5’ of the session.

Although the session had some incidents, like Yvan Muller’s transmission problemsthe truth is that the activity on the track developed with total normality. This allowed Norbert Michelisz to place sixth, followed by Thed Björk and leader Mikel Azcona.. Even with the aforementioned problems that made him lose valuable time in the pits, Yvan Muller confirmed the good level of the Lynk & Co 03 TCR with his ninth time, since he had much less time on the track than his rivals.

Read:  Double win for the Toyota GR010 Hybrid in the warm up of the 24 Hours of Le Mans

This good work of the drivers and cars of Cyan Racing and Lynk & Co was also evident in the FP2. In fact, Yann Ehrlacher set the standard with a time of 1:59.300, a record with which he endorsed the leader Mikel Azcona for more than half a second. In addition, behind the Spanish pilot were the rest of the Lynk & Co pilots, since Santiago Urrutia was third and Ma Qing Hua, with his teammates Yvan Muller and Thed Björk occupying fifth and sixth place. Néstor Girolami, the best Honda rider, had to settle for seventh place.

Nevertheless, FP2 did not have the same script as the previous session and this time there were some moments of tension on the track. In fact, Norbert Michelisz hit the barriers in the last minutes of FP2significantly damaging the right front suspension of your Hyundai Elantra N TCR. The Dutchman Tom Coronel also had a little touch against the barriersalthough in the case of the Audi driver, the damage was concentrated in the rear suspension of his new generation Audi RS 3 LMS TCR.