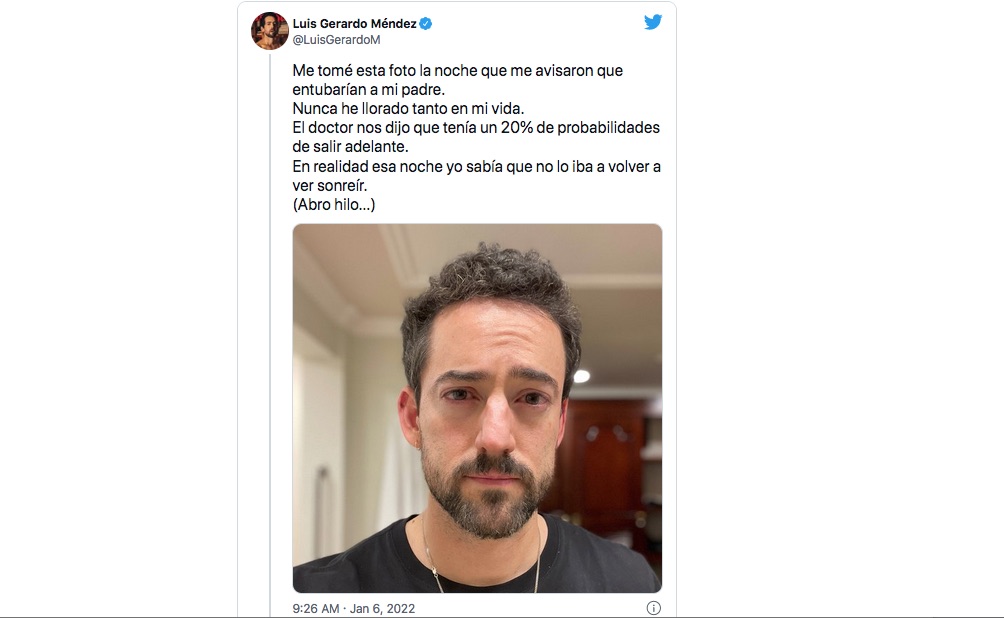 Luis Gerardo Mendez has shared the testimony of his father’s death on social networks and his message becomes an alert of Omicron, the new variant of the health contingency, which is impacting worldwide, leaving all kinds of effects.

The phenomenon is undoubtedly a situation that to this day remains alert to a contingency that has had a strong impact on people’s productivity. This reminds us of the challenge that exists in the market, of continuing to maintain containment measures, to ensure that the effects of this mutating disease are the least.

In the middle of the Three Kings Day, a celebration that commemorates one of the most traditional biblical passages in the Hispanic market, the actor Luis Fernando Mendez is the latest personality to join the vaccination campaign against the health contingency that is experienced today with serious affectations such as its new variant: Omicron.

Read:  These will be the new spaces for skateboarding in CDMX

Méndez has given his testimony where he warns of the death of his father due to the contingency and the lack of vaccination that the man suffered, for which he recalled, it is important to apply the biological because the arrival of Omicron increases the risk of become infected in vulnerable people due to the lack of this vaccine.

I took this photo the night they told me my father would be intubated.
I have never cried so much in my life.
The doctor told us that he had a 20% chance of succeeding.
Actually that night I knew I would never see him smile again.
(I open the thread …) pic.twitter.com/mQli5R3ex8

The message launched by the actor is one of the many communication efforts that have been made to motivate vaccination and thereby commit to practices that guarantee progress in the containment of this pathogen, which constantly mutates.

Faced with the challenge of being able to face the disease with good cards, it is important to take the opportunity that opens, when the health system comes to offer doses against this contingency, which to this day continues to add infections and deaths.